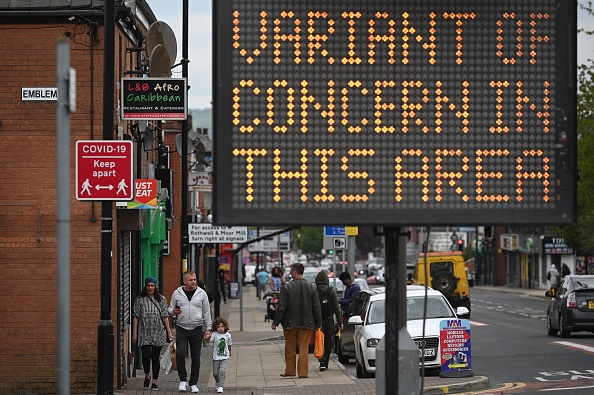 A DELAY in the reopening of financial systems in the UK on June 21 would be ‘astonishing’, British Chamber of Commerce president Ruby McGregor-Smith said.

After months of falling cases, infections in the country have started to rise again due to the emergence of the India variant, which has put in doubt plans for a full reopening of the country on June 21.

Britain on Monday reported 3,383 new cases of Covid-19, bringing the total number of coronavirus cases in the country to 4,487,339, government data showed.

“With such huge swathes of the population vaccinated and strong evidence of the protection that this offers even the most vulnerable against the threat of coronavirus, it would be quite astonishing if the government changed tack now,” said Baroness McGregor-Smith.

Till last week, 45.6 per cent of the UK’s adult population have had their second dose – around 24 million people – and this proportion is rising by roughly five per cent every week.

Uncertainty about reopening the economy on June 21 has deepened also because of latest comments from the business secretary Kwasi Kwarteng.

“I don’t think we will move the date (June 21),” said Kwasi Kwarteng – but added that the scientific evidence could change.

Doubts have begun to develop about whether the ultimate reopening of the financial system on June 21 will occur, Baroness McGregor-Smith was quoted as saying in the Telegraph.

“It can’t be stated that the UK remains to be within the grip of a pandemic. At some level, we have to discover ways to function a completely open financial system, whereas nonetheless defending public well-being. That time is now,” she said.

Instead of delaying the reopening, the government should focus on enabling corporations to function to and placing the UK again on a path to recovery and renewal, she said.

Besides, businesses need to know if assessments will stay free and what position testing will play in the continuing administration and monitoring of the virus, be that at a native or nationwide stage.

A BCC survey of greater than 1,000 corporations has found the overwhelming majority would not have any plans to make use of vaccine certification and there are huge questions across the implications of such a scheme. If there are plans for Covid-19 certification, the Government ought to waste no time in setting out concrete plans for the way it will work, Baroness McGregor-Smith said.