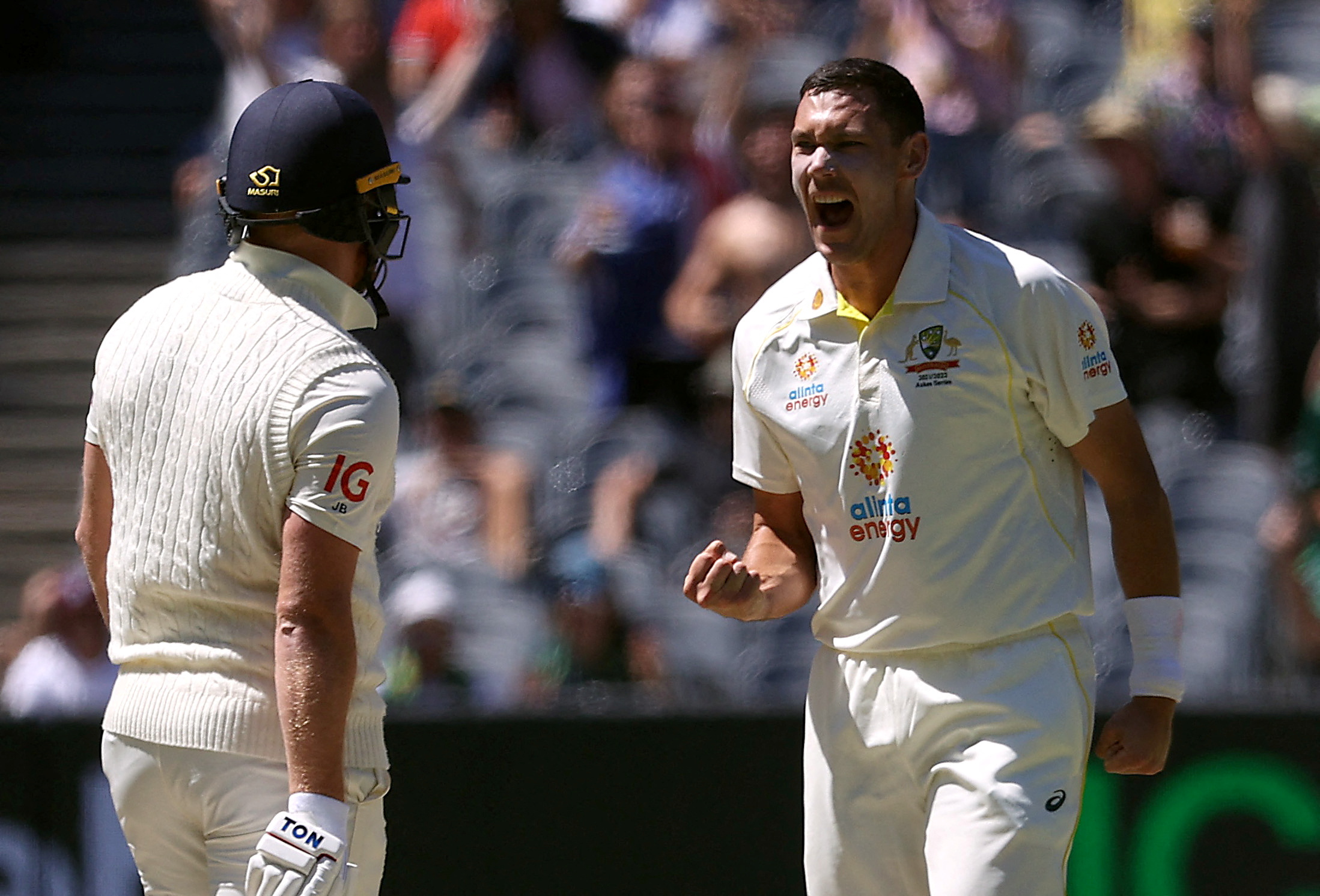 AUSTRALIA retained the Ashes with a thumping innings and 14-run win in the third Test in Melbourne on Tuesday (28), with debutant paceman Scott Boland laying waste to England’s hapless batsmen with a devastating six-wicket haul.

Boland, only the second Indigenous Australian to play a men’s Test match, came off the Melbourne Cricket Ground turf with a prize stump and astonishing innings figures of 6 for 7 as England capitulated for 68 before lunch on day three, their 13th lowest total in Tests.

“I thought we had a pretty good chance of winning but I had no idea we would do it before lunch,” said 32-year-old Boland, who won the Johnny Mullagh medal as player of the match.

“Obviously I thought (debuting) was going to be really tough, a big step up from anything else I’d played before. I was hoping to make a bit of an impact.”

Australia sealed the series 3-0 in front of a festive ‘Boxing Day’ Test crowd of 42,000, leaving England playing for pride in the final two Tests in Sydney and Brisbane.

With Australia having won by 275 runs in Adelaide and nine wickets in the Brisbane opener, home captain Pat Cummins was left pinching himself as Boland and Mitchell Starc (3 for 29) wrapped up the series within 90 minutes on a glorious morning in Melbourne.

“Just an awesome few weeks, so proud of the group here and just everything’s clicked,” said Cummins, who has led his side with aplomb as a late replacement for Tim Paine.

“So happy for Scottie in front of his home crowd today, just an amazing feeling.”

England captain Joe Root was left devastated. He has now lost seven of eight Tests as captain in Australia after failing to wrest back the urn on home soil in 2019.

His top score of 28 in England’s second innings spoke volumes of the team’s batting inadequacies, and he was in no mood to discuss the future of his captaincy.

“I think they’ve definitely outplayed us in the three games,” Root said.

“We’ve not been good enough.

“For what is quite a young batting group, they’re having to learn here in the harshest environment.

“We have to try and make sure we come away from this tour with a couple of wins.”

Skittled for 185 in the first innings, England had resumed on 31 for four in their second on Tuesday (28), needing another 51 runs to make Australia bat again.

Their faint hopes were pinned on Root and Ben Stokes building a partnership after another calamitous collapse late on day two.

But it all went up in smoke as Starc bowled Stokes for 11 and Boland fired up for a fairytale four-over spell.

The Victoria paceman had Jonny Bairstow lbw for five, Root edge to the slips and removed Mark Wood for a caught-and-bowled duck, sending his home MCG crowd into delirium.

Two balls after Wood’s wicket, Boland had his sixth victim when Ollie Robinson also went for a duck by hitting straight to Marnus Labuschagne.

Australia have claimed both the Ashes and the T20 World Cup title in a golden six weeks, bouncing back from the 2-1 Test series defeat to an under-strength India over the last home summer.

They will head into the final matches of the series hopeful of sweeping the Ashes for the first time since 2013/14.

“We probably haven’t strung (together) the performances over the last couple of years that we expected of ourselves,” said Cummins.

“So I think this really consolidates that we are a really good, strong Test cricket side.

“I think it’s a good sign for the next few years.”