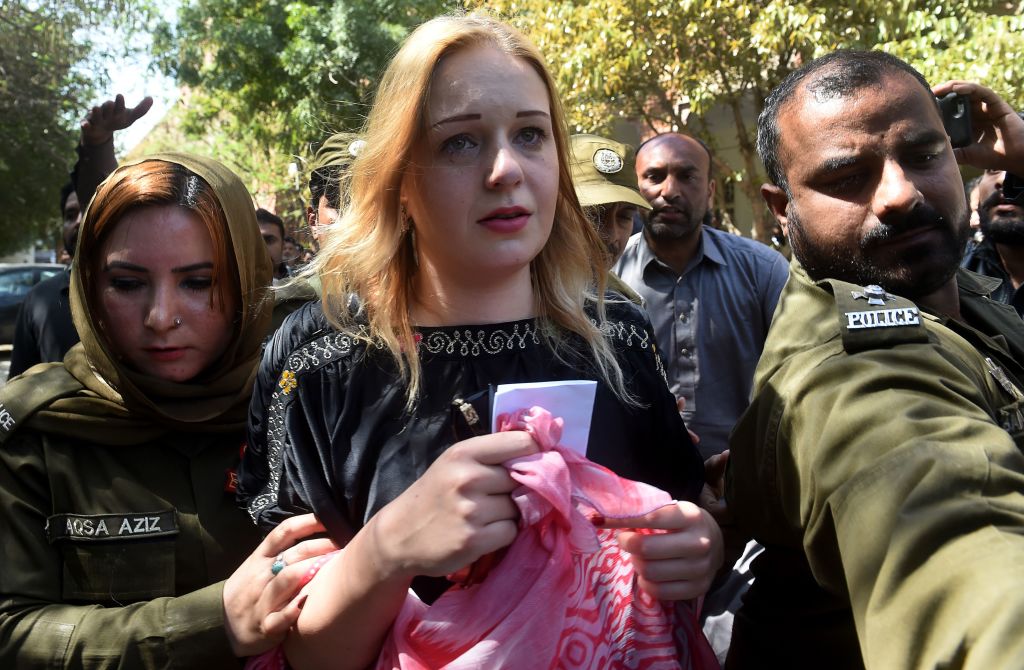 Pakistan police escort Czech model Tereza Hluskova after the court decision to sentence her to eight years and eight months in prison for attempted heroin smuggling, in Lahore on March 20, 2019. (Photo by ARIF ALI/AFP via Getty Images)

A CZECH model sentenced to more than eight years in prison for drug trafficking in Pakistan in 2019 was released Saturday (20) after her acquittal this month, the Czech foreign minister said.

Tereza Hluskova, 25, was arrested at the airport in the eastern Pakistani city of Lahore for allegedly trafficking nine kilogrammes of heroin in January 2018.

Footage released by Pakistani customs officials showed authorities uncovering drugs hidden in her suitcase as she was trying to board a flight headed for the United Arab Emirates.

Hluskova, who insisted someone had placed the drugs in her suitcase, was sentenced in March 2019 to eight years and eight months in prison and was also fined.

But a court of appeals acquitted her on November 1 as “the prosecution failed to prove its case beyond a reasonable doubt”, according to her lawyer Saif ul Malook.

“Our embassy will now help her arrange a trip back to the Czech Republic,” he added.

Pakistan shares a long porous border with Afghanistan, which is the world’s largest illicit opium producer despite a decade of costly US and international counter-narcotics programmes.

Drug trafficking is a serious offence in Pakistan and arrests at airports are not uncommon.

The south Asian nation is part of the drug-smuggling routes from Afghanistan to Central Asia, Europe and North America.