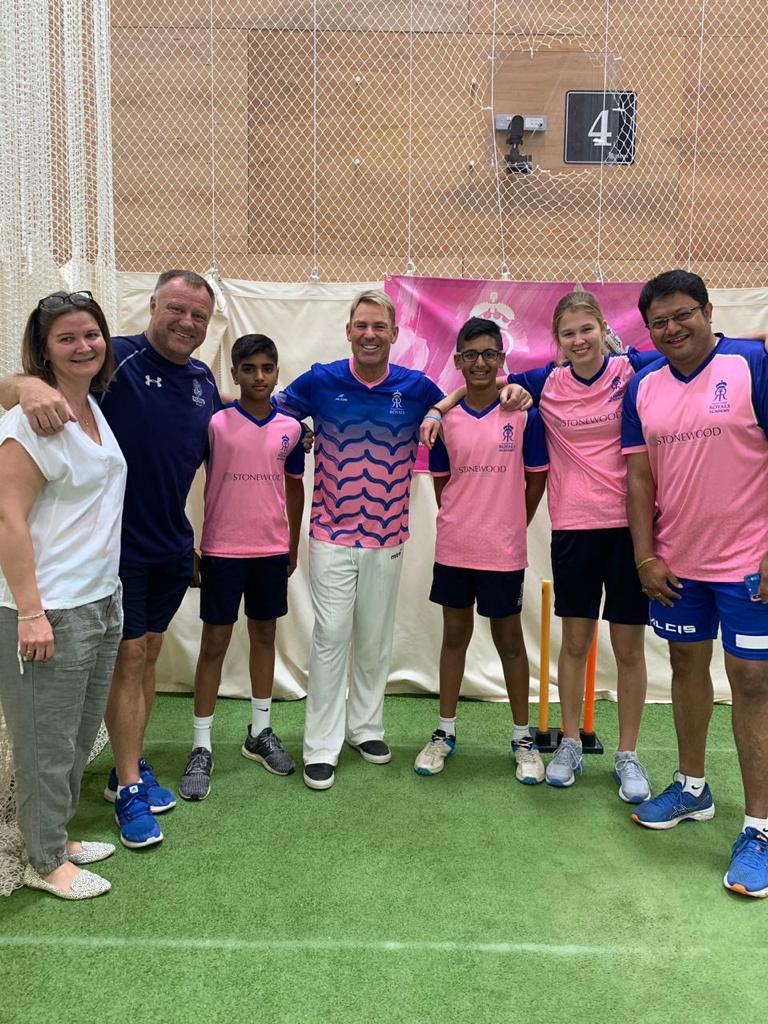 IN THE heart of leafy Surrey, children are wearing the bright pink shirts of the Rajasthan Royals in its academy developing the cricket stars of the future.

The £1.5 million centre in Cobham has had visitors including Australian bowling legend Shane Warne and India seamers Stuart Binny and Jaydev Unadkat deliver advice to youngsters since it came under the Royals banner earlier this year.

Sid Lahiri is director of the project, the first UK academy for an Indian Premier League (IPL) franchise. Children from around 250 families come here every week from across England.

Lahiri played cricket in India as an opening batsman for 11 years before moving to the UK in 2004, after becoming a “bit disillusioned” with the domestic scene in his homeland.

He told Eastern Eye he started his coaching career from scratch.

“When I first came, I knew no one, no one knew me. I came to England to do my level one, two three [badges]. I was doing some coaching for the local village club. There was no facilities, I was coaching in the ground with just one net.

“I literally bumped into the head of the Surrey academy on the train and started to work with the Surrey county age groups.

“I got an offer to work with Parkside School. The headmaster David Aylward was a visionary guy, and he saw what I was doing.”

Lahiri has coached Surrey duo Amar Virdi and Ryan Patel from primary school age as well as Ollie Pope, who is in England’s Test squad for the tour of New Zealand this month.

He admitted: “I had no idea what Cobham was. I bumped into this place and this is how it happened. It is unbelievable. There was literally nothing.

“At Parkside there was no budget to start cricket academy. They didn’t know if it made sense, but there was nothing like it in the area.”

Lahiri is good friends with the Royals’ head of cricket, Zubin Bharucha, and takes his best students from England to the team’s camp in northern India. 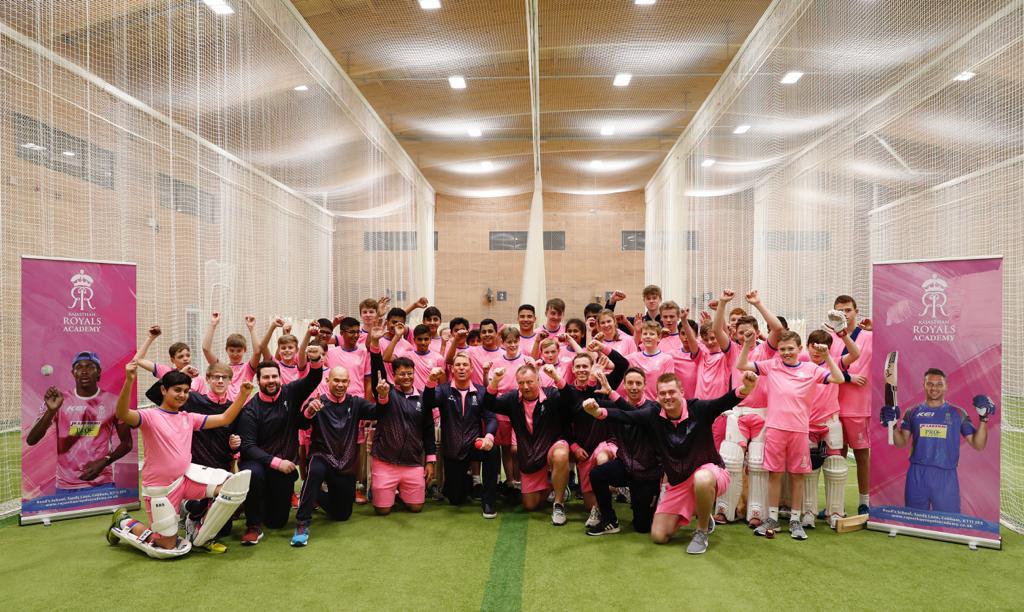 The veteran coach said along with batting, bowling and fielding skills, youngsters at the academy learn how to compete and boost their confidence.

He said there has been a huge shift in the way the sport is treated in England since he started.

“When I first came in, cricket was treated like a summer sport.

“The first thing that happened is that [attitude] has got out of the way. The sport has to be practised all the year round to get results and get better. There is a lot more interest in the sport.”

Another change is coaches are adapting to the modern game where the Twenty20 format is more popular. It has allowed young players to pull off unorthodox strokes developed by the likes of Rohit Sharma and Buttler.

Sharma captained India in the T20 series against Bangladesh which the hosts won 2-1 after a 30-run victory last weekend.

“There is a huge deluge even at county age group level. The information that comes from coaches is about strike rate,” Lahiri said.

“The moment that happens, it becomes difficult for young kids. They get confused between being positive and slogging the ball.

“They get too worried if they concede too many balls.

“What we do is encourage the modern game, which is positive and how it will evolve and also ensure the fundamentals are taught well.

“Eight years back, if a kid was trying to play a reverse sweep, I would stop it. Now if they play a scoop shot, we wouldn’t mind because they are doing it naturally.”

“There could be a Buttler who can hit the ball out of the park and another guy who can play like Alastair Cook.

“So we don’t discourage anyone. Kids develop at different ages.”