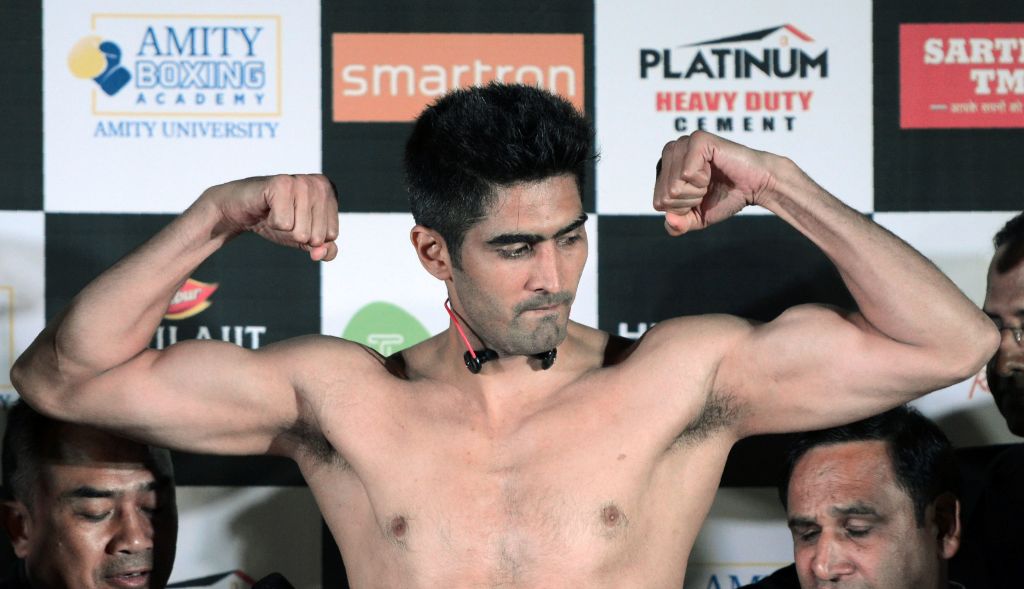 Gearing up for his 12th professional bout in four years, Indian boxing star Vijender Singh on Thursday (21) said he is content with his progress in the circuit despite the fight schedule not being particularly busy.

The 34-year-old, who is undefeated so far, will square off against Ghana’s two-time former Commonwealth super middle-weight (76kg) champion Charles Adamu in Dubai on Friday.

Adamu is eight years older to him.

“I don’t expect him to put up too much of a challenge because I have noticed he is slower than me. So, despite his experience, I think I will have the edge,” Vijender told PTI from Dubai on the eve of the 10-round clash.

“So I am relaxed, nothing to worry there,” he added.

Adamu comes into the contest with an experience of 47 bouts, of which he has won 33 (26 knockouts). The Ghanian is also an Olympian and won a bronze medal for his country in the 1998 Commonwealth Games in Kuala Lumpur.

Given that he wasn’t particularly worried about how things might pan out on Friday, Vijender spoke of his future plans.

“I will probably be fighting in India next and people can expect that to be a big one. Obviously I can’t give out the full details for now,” he said.

His most recent fight was in July, when he made his debut in the USA after being signed by Hall of Famer Bob Arum’s Top Rank Promotions. He didn’t compete at all in 2018 and his last appearance in front of home fans was back in December 2017 in Jaipur.

“Once in five-six months suits me just fine because I also need to spend time with my family. It’s already been two months since I have been with my wife and children and it is difficult for me to manage beyond that,” said the former Olympic bronze-medallist.

The six-footer from Haryana also said that he would be fighting in the US too but before all that is Friday’s showdown, the one for which he has prepared by sparring a little bit more than usual.

“I have actually taken quite a beating during those sessions. Hopefully, that would mean lesser work when I compete because I will be already battle-hardened,” he quipped.