Concern as food banks see ‘more users than ever’ 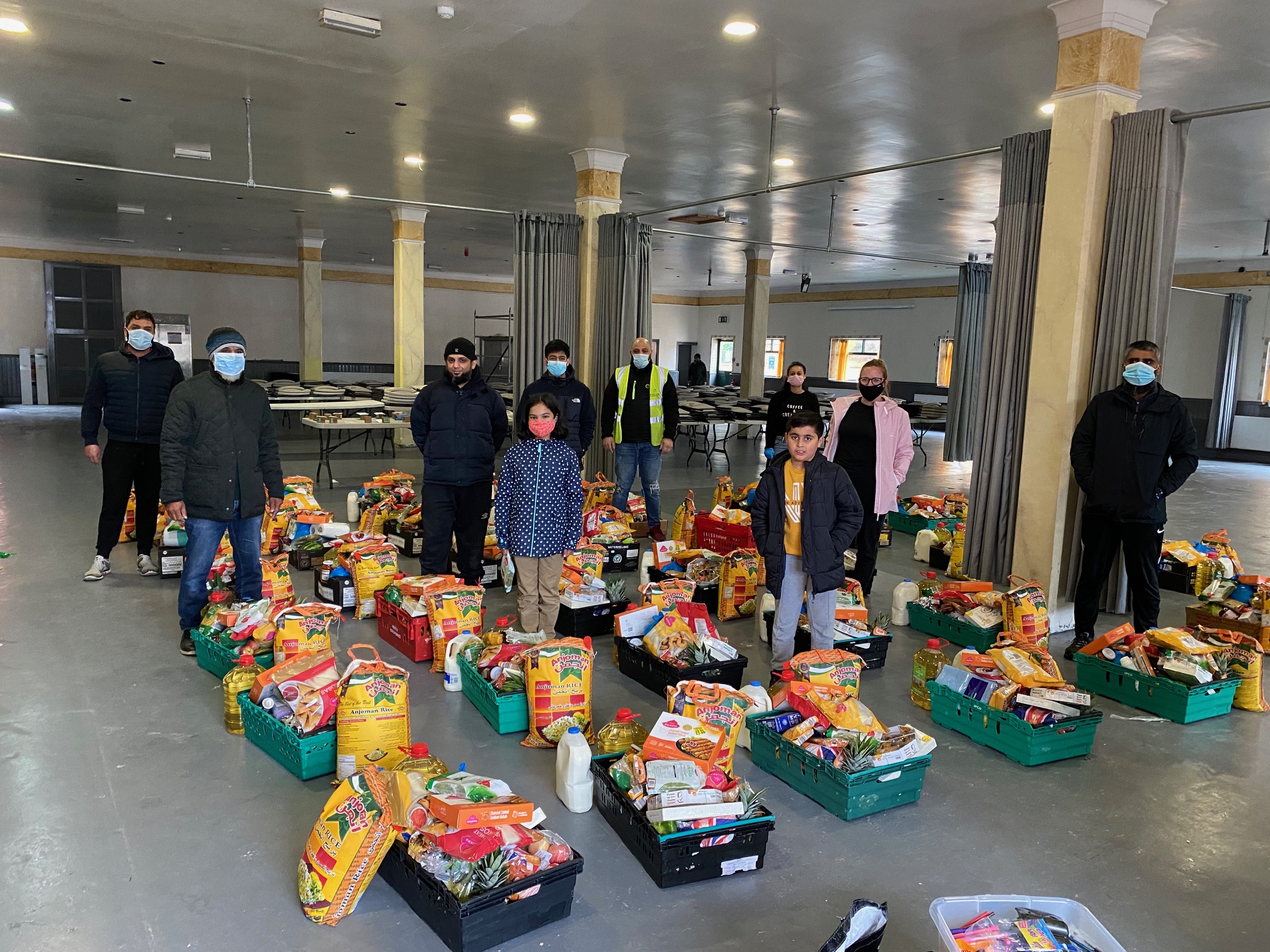 CHALLENGING TIMES: Volunteers at Preston’s Noor food bank are among the organisations reporting an increase in the number of people using their services

FOOD BANKS have warned of supply shortages caused by the HGV driver crisis and a decline in public donations.

Two charity workers also spoke about the increase in the numbers of people using the food banks, due to rising energy costs and benefit cuts.

A survey of nearly 70 UK food banks in September found that two-thirds reported food shortages, and more than 80 per cent anticipated running low on food stocks in the coming weeks, the Guardian reported earlier this month.

Ministers announced in September that they would be introducing temporary visas for 5,000 fuel tanker and food lorry drivers to work in the UK in the run-up to Christmas, following growing concerns about deliveries of food and fuel.

In the wake of the crisis, Jahangir Khan, the founder of the Rukhsana Khan Foundation in London, said the organisation had witnessed a 60-70 per cent drop in food supplies.

“The amount of food we have been getting has reduced because a lot of the supplier or charities that supply food to us are not getting their shipments,” Khan told Eastern Eye last week. “They also don’t have enough drivers to go round and pick up food from supermarkets and restaurants, which are then usually distributed to charities.”

The HGV crisis has had a “detrimental effect” on vulnerable individuals and families who rely on the food parcels, Khan added.

Last weekend, the charity was meant to receive a food delivery, but nothing arrived. “That meant instead of giving out four to five bags of food to vulnerable families, we could only give a maximum of three,” he explained. “As those bags weren’t full, it meant that one of those families would be lacking a day and-a-half worth of food that they would normally have.”

Khan said the charity has faced a significant decline of supplies in the past two months, including public donations. “(The decline has occurred) since we reopened the economy in the summer,” he said. “The amount of food donations has drastically dropped, by about 80 per cent.”

Sadiq Patel, a volunteer and trustee at the Noor Food Bank in Preston, also noted stock levels were down due to some shelves being empty at the supermarkets.

Thankfully, Patel said, the public had been “consistently generous” with their donations. “We’ve found the people of Preston have been really generous over the past three years we’ve been operating. We get a massive amount of donations,” he told Eastern Eye.

However, an increase in food bank users has exacerbated the problem. Patel, who confirmed the rise in users, put this partly down to the government’s decision to cut universal credit benefits by £20 per week. It was described as the largest ever overnight cut in benefits by the Resolution Foundation in September.

“The cut has had a massive impact,” Patel said.

The recent surge in energy bills is also causing financial problems. In early October, energy prices for millions of Britons rose in line with an increase to the cap on the most widely used tariffs of about 12-13 per cent, due to soaring global gas prices.

A Noor volunteer recently delivered a parcel to a retired pensioner who said all his money was going on bills. “He is having to decide whether he eats or if he has heating,” Patel explained. “It isn’t a nice thing, especially when you’ve worked all your life and you have to make a decision on whether or not you can put food on the table.”

“People are finding it harder to make ends meet, so we are seeing more referrals and more walk-ins than before,” Khan said.

He said his local council in Walthamstow has been “extremely supportive”, but he noted they were also having trouble finding drivers and getting supplies into their depot where they distribute food.

“It is a government issue where they need to resolve this shortage of HGV drivers,” Khan said. “People don’t always get to see the bigger picture, in terms of who (the crisis) affects. They don’t realise how far that impact goes, down to the people who live in poverty and how much further that pushes them down in the order of receiving food.

“People who have good incomes and live comfortable lives are able to source food and pay a little bit of a premium for what they need, but those on the poverty line can’t do that.”

The Department for Environment, Food and Rural Affairs did not respond to a request for comment from Eastern Eye.