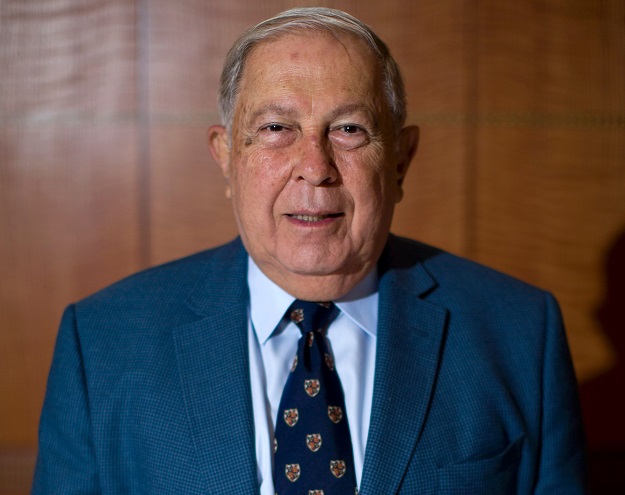 ONE of the best informed on drugs for coronavirus is Yusuf Hamied, chairman of the Indian pharma giant Cipla, who expresses concern that the numbers in­fected in India are “going up and up”.

He says: “It has not yet peaked. Probably the peak will come in August, September.”

“I’m only hearing from sources in Amer­ica,” he replies. “Two months ago, it was suggested that up to two million Indians could die.”

Does he think that is a realistic assessment?

“No,” says Hamied, “because what no­body realised then is that although Indians are getting corona, the death rate is rela­tively low because of inbuilt immunity from earlier vaccinations.”

Hamied, who is currently at his London home, has disputed a story in the Guardian on June 30, headlined, “US secures world stock of key Covid-19 drug Remdesivir.”

It has caused widespread concern that if and when a vaccine becomes available, the US will again hoover up the world’s supply and leave nothing for others.

The report said: “No other country will be able to buy Remdesivir, which can help recovery from Covid-19, for the next three months at least.

“The US has bought up virtually all the stocks for the next three months of one of the two drugs proven to work against Covid-19, leaving none for the UK, Europe or most of the rest of the world.

“Experts and campaigners are alarmed both by the US uni­lateral action on Remdesivir and the wider implications, for in­stance in the event of a vaccine becoming available.

“The Trump administration has already shown that it is prepared to outbid and outmanoeuvre all other countries to secure the medical supplies it needs for the US.”

Hamied confirms that his company Cipla has been giv­en clear­ance to manufacture Remdesivir in India. He tells Eastern Eye: “I will tell you where the [Guardian] story was wrong. The drug Remdesivir was invented by Gilead, an American company. It was intended for use at the time of the Ebola epidemic in Africa, and there it didn’t do very well.

“When corona started, they tried it in America. It’s an antiviral drug. They say it was quite successful. So it has become the drug of choice because there is no com­plete remedy to corona. It is given by intra­venous injections. It’s like one of the many anti-viral drugs that we use in diseases such as HIV AIDs.”

He says of the 20-year patent on Remde­sivir, “invented 16 or 17 years ago, there are three years left (before the patent runs out)”.

Explaining the background of the engagement between Gilead and India, Hamied reveals: “Gilead about 10 years ago gave a number of Indian companies the right to produce some of their drugs in India, still under patent for HIV, called Tenofovir.

“Before expiry of the patent they gave us what they call a ‘voluntary licence’. That means you can go ahead and manufacture the drug. But you’re restricted to the coun­tries where you can sell the drug.”

Hamied goes on: “Then came hepatitis C. They developed the drug Sovaldi and again came to India and gave 10 Indian companies a voluntary licence for Sofosbu­vir and the freedom to market the drug at any price with a small royalty to Gilead.”

He tells the story of Remdesivir: “Again, they have come to India and given Indian companies the right to manufacture and market Remdesivir. They have given us a list of 130 countries where we are allowed to sell.”

He stresses: “It is totally free while the pandemic is on. The minute the pandemic ends they will want to re­negotiate the agreement. So they have been very fair, actually.”

This licence was given a few weeks ago. “They’ve given this to six compa­nies – Cipla, Hetero, Mylan, Cadila, Dr Reddy and Jubilant. We were an­ticipating this. So we did all the homework on Remdesivir.”

The Indian government has cleared two companies to make the drug for “emer­gency use” in India, one being Cipla. “We are manufacturing it in our Goa factory.”

Depending on demand, he reveals that his company could manufacture 30,000 in­jections a week and build up stocks, cur­rently at 400,000 injections, to between one and two million.

Returning to the Guardian story, Hamied explains: “What the American government can do is only ask Gilead, ‘You first supply us.’ They can block export from America. But they can’t stop Cipla and other licensed companies from making it and supplying it wherever they wish. Our product, Cipremi, is not approved in America. We can only take an approved product there if it is US FDA approved.”

He reveals the news from India is not that encouraging because doctors have found it has side effects, leading, for example, to liver problems. “So, instead of giving it for six days, they may reduce that to five.”

Hamied mentions two other drugs being used for coronavirus patients. “There is a drug of Roche which is under patent. The drug is called Actemra – the generic name is Tocilizuma. Cipla is the distributor of the drug. We don’t make it.

“There is a drug called Favipiravir. And this is an antiviral drug, a Japanese drug off patent. And the Japanese and the Chinese and the Russians have claimed that it is very good for corona. One company called Glenmark has got approval in India. Cipla is also making it and likely to get approval any day.”

Finally, on the search for a vaccine for the virus, Hamied says: “Our friends, the Poonawallas, who own the Serum Institute of India, are very optimistic and will be among the leaders to bring out a suitable vaccine for Covid-19.” 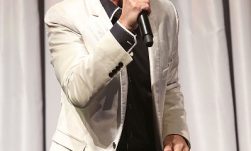 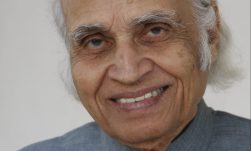