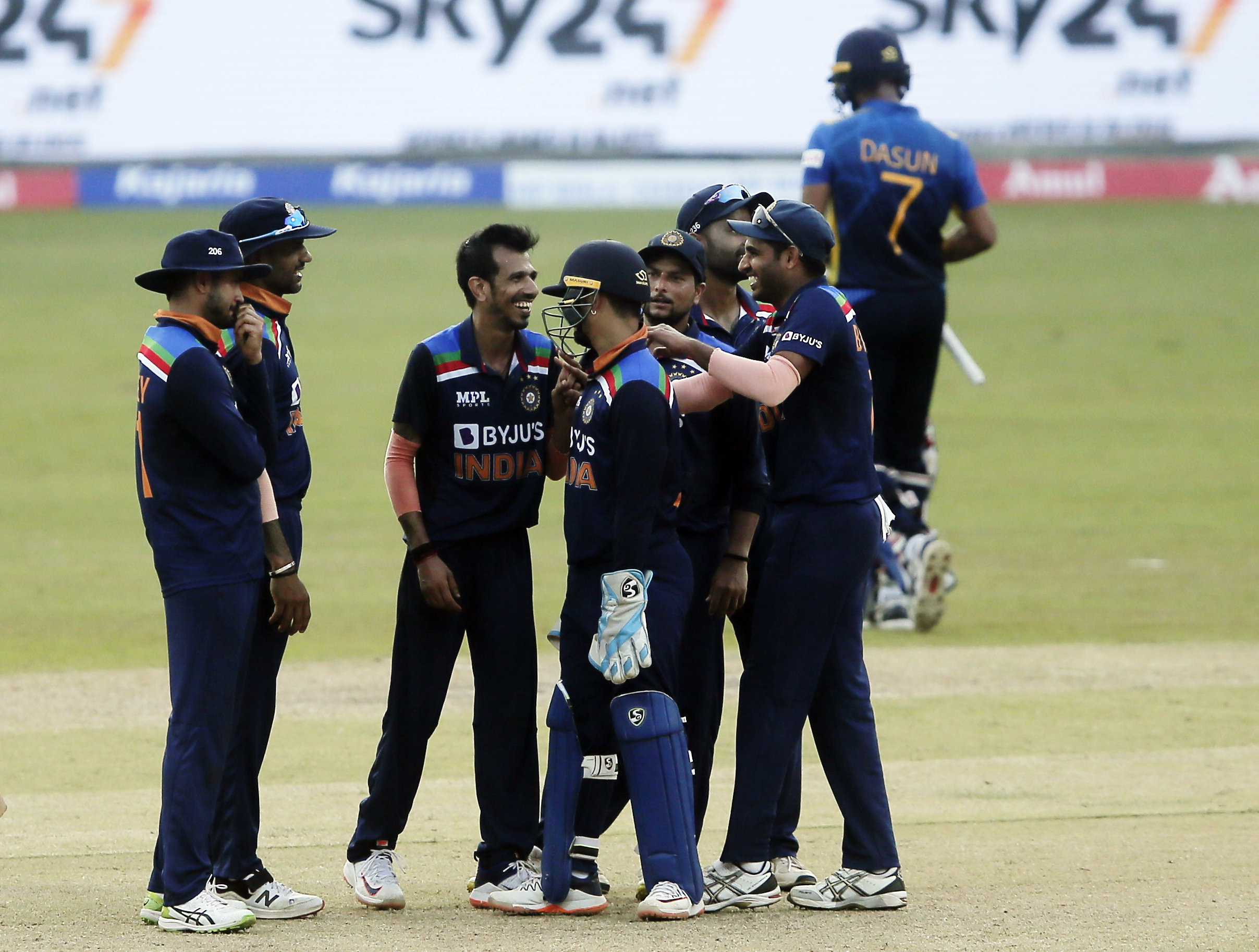 File photo of Yuzvendra Chahal after taking a wicket in an one-dayer against Sri Lanka. (REUTERS/Dinuka Liyanawatte)

INDIAN cricketers Krishnappa Gowtham and Yuzvendra Chahal have been forced to stay back in Sri Lanka after testing positive for Covid-19 in pre-departure tests, joining allrounder Krunal Pandya who is already in isolation after being infected earlier.

A BCCI official had earlier in the day said that the squad has left from Colombo but it is still waiting at the airport after the fresh cases came to light and is expected to leave later in the day.

“Yuzi and Gowtham have tested positive as the team was supposed to return by a charter flight to Bengaluru sans Krunal Pandya. But now as per rules, Gowtham and Yuzi will also have to be in seven-day isolation in Sri Lanka,” a BCCI source in Colombo told PTI on conditions of anonymity.

Every member before boarding a return flight was supposed to undergo an RT-PCR test and there Gowtham and Chahal, deemed as close contacts of Krunal, have been found positive.

Shaw and Surya are supposed to be flown to the United Kingdom where they will join as replacement players after Avesh Khan and Washington Sundar got injured.