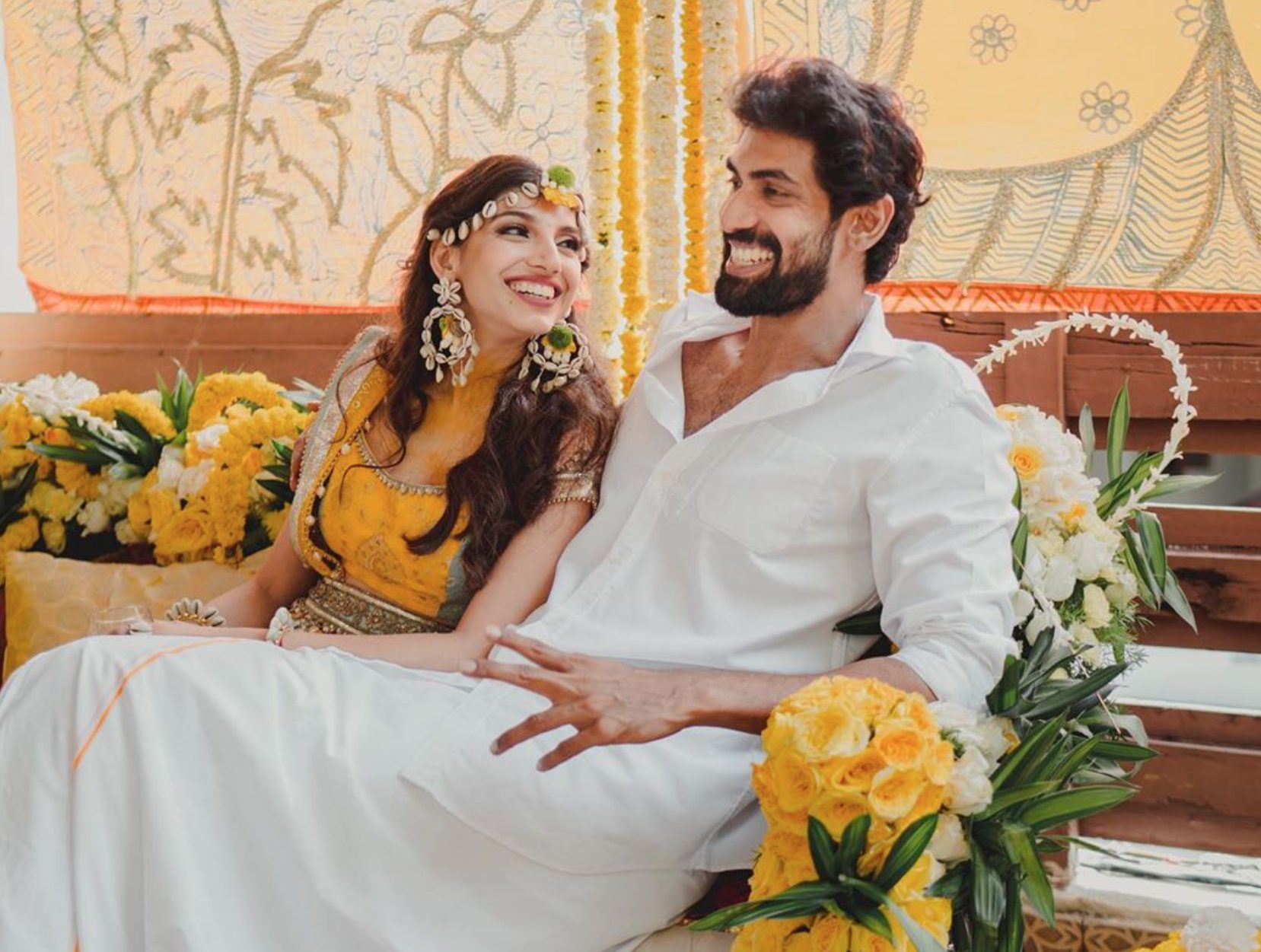 THE crippling Covid-19 may have resulted in celebrities having their wings clipped, but many used that extra time afforded to them being caged up in 2020 to fly high on the wings of love. These love-filled moments have included marriages, engagements and even babies for stars around the world.

Always keen on spreading love, Eastern Eye looked at some of these heart-warming and love-filled moments that happened during the depressing coronavirus closure.

Whirlwind romance: A lot of people unexpectedly found love during lockdown and one of them was superstar singer Neha Kakkar. The 32-year-old had a whirlwind romance with reality TV star and singer Rohanpreet Singh, seven years her junior, and got married to him quickly after. The news took everyone by surprise, especially, since he had appeared on reality TV show Mujhse Shaadi Karogi, earlier this year, as a suitor looking for a bride.

Lockdown pregnancies: Popular Indian actor Nakuul Mehta and his singer wife Jankee Parekh made their first baby during lockdown. They announced the pregnancy with a cute video, adorable photos and social media message, which read, ‘our quarantine wasn’t boring at all. We’re going to have a souvenir for life and we cannot wait! Our greatest adventure begins.’ Star couple Kareena Kapoor Khan and Saif Ali Khan announced they were expecting their second child in August. Later that same month, superstar couple Anushka Sharma and Virat Kohli announced they were expecting their first child, with a cute photo of them together and her revealing a baby bump.

Secret baby: Hollywood actress, writer and producer Mindy Kaling surprised fans by revealing she had given birth to her second child and welcomed a baby boy named Spencer on September 3. The 41-year-old, who already has a baby daughter, managed to keep the whole pregnancy a secret and revealed she had given birth over a month after it happened. She said: “Being pregnant during the pandemic was a little scary, but it made me appreciate all the doctors, nurses and medical professionals who continue to work tirelessly giving treatment to those who need it, putting their own lives at risk.”

The proposal: Popular TV personality and actress Gauahar Khan had been spending quality time with her boyfriend Zaid Darbar during lockdown. Although they shared a lot of loved-up social media posts, they didn’t make the relationship official until they announced their engagement. She said yes after the dance choreographer proposed and all indications are that they will have a lockdown wedding very soon.

Superstar baby: Whether it was pregnancies or actress Amrita Rao announcing she had given birth, there has been a lot of celebrity baby news during the Covid-19 pandemic. The baby who got the most global media attention this year belonged to megastar couple Zayn Malik and Gigi Hadid. Right from the announcement of the pregnancy to Gigi giving birth to a baby girl, there was huge global media attention, despite the couple trying to keep a low profile.

Surprise wedding: Pakistani pop icon and seemingly confirmed bachelor Haroon surprised everyone by getting married suddenly to an unknown girl named Farwa. The 47-year-old shared photos from his wedding day, which was a private ceremony, and received congratulatory messages from all over the world. He told Eastern Eye at the time, “It feels wonderful to be married. My wife has a beautiful calming presence. We love each other’s company. I never had the desire to marry in the past. And it wasn’t about the timing, but about meeting the person I wanted to spend the rest of my life with.”

Journey of love: Popular actor Rana Daggubati announced his engagement in May to Miheeka Bajaj, who successfully runs an interior design and decor business. The couple had been friends for a decade and love blossomed between them in the past two years. They didn’t wait too long and had a lockdown wedding in August at a small intimate ceremony, obeying all the lockdown restrictions. By November, the two were setting married couple goals by sharing photos from their first karwa chauth celebration together.

Pakistani weddings: It seems as if Pakistani star couples made full use of the extra time afforded to them by lockdown with a whole load of high-profile celebrity weddings. Actress Sajal Aly got married to actor Ahad Raza Mir in March, just when the pandemic was starting to spread. Actress Hina Altaf and actor/TV host Agha Ali had a private ceremony in May. Then in the same month, model turned actress Faryal Mehmood got married to actor Daniyal Raheal and actress Sadaf Kanwal got hitched to actor Shahroz Sabzwari. In October, actress Sana Javed got married to singer-songwriter Umair Jaswal.

Finding love again: Pakistani actress Aamina Sheikh had officially ended her 14-year marriage to actor-director Mohib Mirza in 2019. The 41-year-old found love again during the pandemic and married someone she said is not connected to the entertainment industry. Present at the wedding was her five-year-old daughter from her first marriage.

More weddings: Actress Niti Taylor had got engaged on August 13, 2019, and then exactly a year later got married to her army officer fiancé Parikshit Bawa at a private ceremony. In October, actress Kajal Aggarwal married her entrepreneur fiancé Gautam Kitchlu. In November, popular actor Shaheer Sheikh and TV executive Ruchikaa Kapoor tied the knot, days after announcing their engagement.