Celebrating the life of a true trendsetter in Bollywood 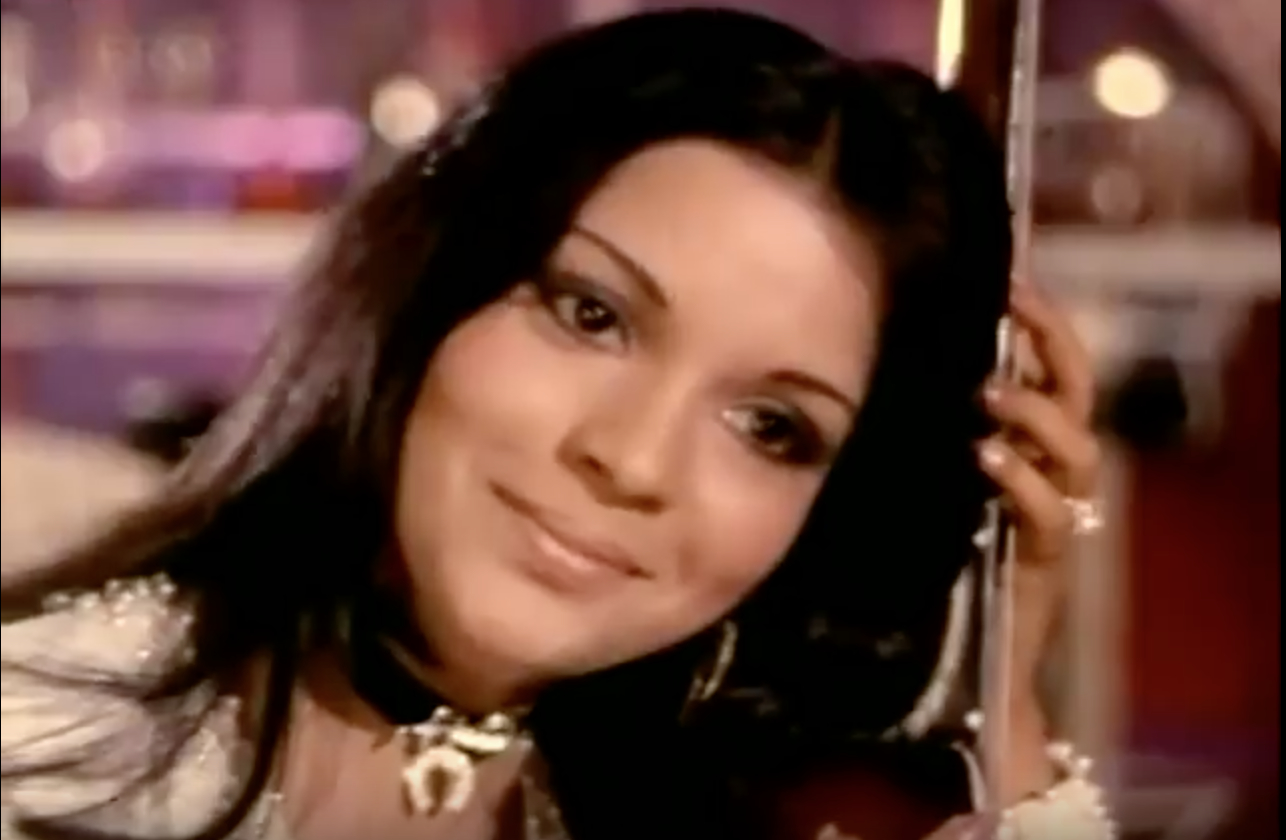 TO MARK HER MILESTONE BIRTHDAY, AN ALPHABETICAL GUIDE TO ACTRESS ZEENAT AMAN

Born in 1951, the Bollywood bombshell exploded onto the big screen in the early 1970s after winning a beauty pageant, and helped break the shackles of what a Hindi cinema heroine should be like. To celebrate the iconic star’s milestone birthday, Eastern Eye put together an all-you-need-to-know, A-to-Z guide about her amazing life and career.

A is for Aman: Zeenat is the daughter of noted scriptwriter Amanullah Khan, who worked on major movies including all-time classics Mughal-e-Azam (1960) and Pakeezah (1972). Her father wrote under the pen name Aman, which she adopted as her surname on screen.

B is for Bombay: The daughter of a Muslim father and Maharashtrian Hindu mother, the actress was born in Bombay (now Mumbai) on November 19, 1951, but her parents divorced when she was very young. She spent much of her childhood in boarding school in Panchgani (a hill station in the same western Indian state of Maharashtra of which Mumbai is the capital), and then won a scholarship to study in the US.

C is for Cover girl: During her days as a model and actress, Zeenat graced the cover of all the major Indian film publications, which included the first issue of popular movie magazine Cineblitz in 1974.

D is for Debut: Zeenat made her movie debut in English-language thriller The Evil Within (1970) opposite Dev Anand, which was a major box-office flop. After following that up with unsuccessful 1971 films Hulchul and Hungama, she was ready to quit films, but things turned around with her fourth release Hare Rama Hare Krishna (see H).

E is for Emotional: The actress gave a deeply emotional interview in a now famous Rendezvous With Simi Garewal chat show episode, where she detailed the harrowing aspects of her life, including an abusive marriage. That tearful conversation has been viewed more than a million times on YouTube. 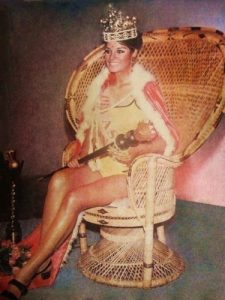 F is for Femina Miss India: Before making her film debut, Zeenat finished second in the Femina Miss India beauty pageant. This led to her competing in the Miss Asia Pacific International contest in 1970, and becoming the first Indian to win it. 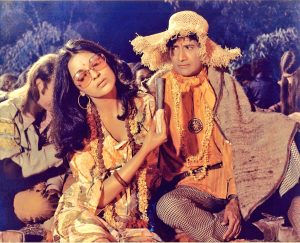 I is for Icon: The Indian film icon is largely responsible for making the Bollywood heroine more westernised with her style and the feisty characters she played. This would greatly empower generations of leading ladies who followed in her footsteps.

J is for Journalist: The first paying job Zeenat had was as a journalist, before moving onto a successful modelling career.

L is for Life story: The legendary actress has been seriously considering writing a tell-all autobiography about her extraordinary journey, and hasn’t ruled out a biopic being made about her life.

M is for Money: From 1976-1980, Zeenat Aman was the joint highest-paid leading lady in Bollywood, along with Hema Malini, and appeared in many blockbusters during this time like Dharam Veer (1977).

N is for No: At the height of her fame in the 1970s, the actress had to refuse several high-profile films because she was so much in demand. This included turning down big offers from Hollywood and the role ultimately played by Parveen Babi in Amar Akbar Anthony (1977). 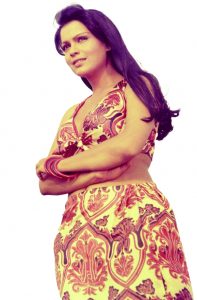 O is for Outfits: Apart from being a huge movie star, Zeenat was also a major fashion icon (right) during the 1970s. What made this remarkable was that she did not have a styling team, unlike the stars today. Reflecting on those early days, she said: “You did your own styling, walk and conversations. It was all home-grown and there was no big entourage advising you.”

P is Perfume: In 1989, the fragrance Zeenat by Zeenat Aman was released and proved to be popular. 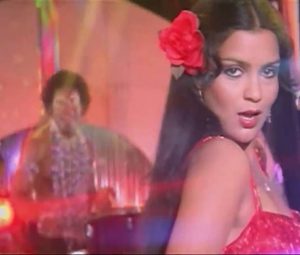 Q is for Qurbani: Zeenat starred in four of the six highest-grossing Bollywood films of 1980, including the year’s biggest hit Qurbani. The action movie featured the song Aap Jaisa Koi, picturised on her, which was such a huge success that it helped ignite the pop scene in India and turn the song’s young singer, Nazia Hassan, into a global star.

R is for Redefining Beauty: In March 2016, there was an exhibition in Dubai titled Redefining Beauty, which featured various artworks dedicated to Zeenat. Speaking of beauty, the actress was once named as the sexiest Bollywood star of all time in a one-of-a-kind list published by Eastern Eye, which received global media coverage.

S is for Songs: The actress has performed some of the most memorable movie songs in history, including Dum Maro Dum from Hare Rama Hare Krishna (1971), Chura Liya Hai Tumne Jo Dil Ko from Yaadon Ki Baaraat (1973), the Satyam Shivam Sundaram title track (1978), Do Lafzon Ki Hai Dil Ki Kahani from The Great Gambler (1979) and Aap Jaisa Koi from Qurbani 1980. 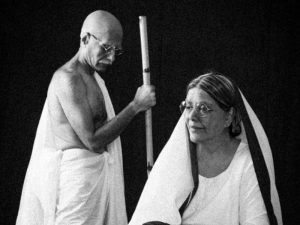 T is for Theatre: The actress formed a connection with theatre and played Mrs Robinson in a Mumbai production of The Graduate in 2004. In early 2020, she appeared in the play Dearest Bapu, Love Kasturba.

U is for Unlucky: The unlucky-in-love star has had a string of failed relationships throughout her life, which included an abusive marriage to Mazher Khan. She once said: “Mazhar never wanted me to grow as an individual or as an artist. During the very first year of marriage, I realised I had made a huge mistake, but decided to live by it and make it work. I tried to make it work for another 12 years. There was no light at the end of the tunnel for me. There was not a single moment of happiness or joy during those 12 years.”

V is for Violence: Zeenat was also in a relationship with actor Sanjay Khan, which ended when he beat her in public and permanently damaged her eye. The incident has been much written about, but the actress chooses not to speak of it. 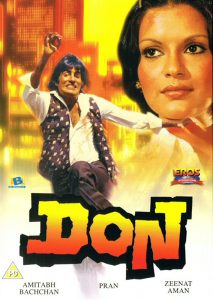 X is for X-Rated: Whether it was the tiny swimsuits, the barely-there costumes such as in Satyam Shivam Sundaram or her sensual scenes, her performances were often called nearly X-rated in the conservative Hindi film industry. However, Zeenat was, in fact, breaking the shackles for Bollywood’s leading ladies.

Y is for Yaadon Ki Baaraat: Another landmark in her career was the hugely influential 1973 film, which popularised the masala entertainer in Bollywood. It also has a legendary soundtrack, which included her stunning performance of the song Chura Liya Hai. The film was later remade in Tamil as Naalai Namadhe (1975), in Telugu as Annadammula Anubandham (1975) and in Malayalam as Himam (1983).

Z is for Zee Cine Awards: Zeenat received a well-deserved Lifetime Achievement Award at the Zee Cine Awards in 2008 in a recognition of her immense contribution to Hindi cinema. She was also hounured with an Outstanding Contribution to Indian Cinema gong at the 2010 IIFA awards.