“Can you help me with tips to become the world’s best father?” Ranbir Kapoor asks for parenting tips from Anupamaa star Rupali Ganguly – watch video

Kapoor visited the sets of Star Plus’ ‘Ravivaar with Star Parivaar’ to promote his upcoming film Shamshera. 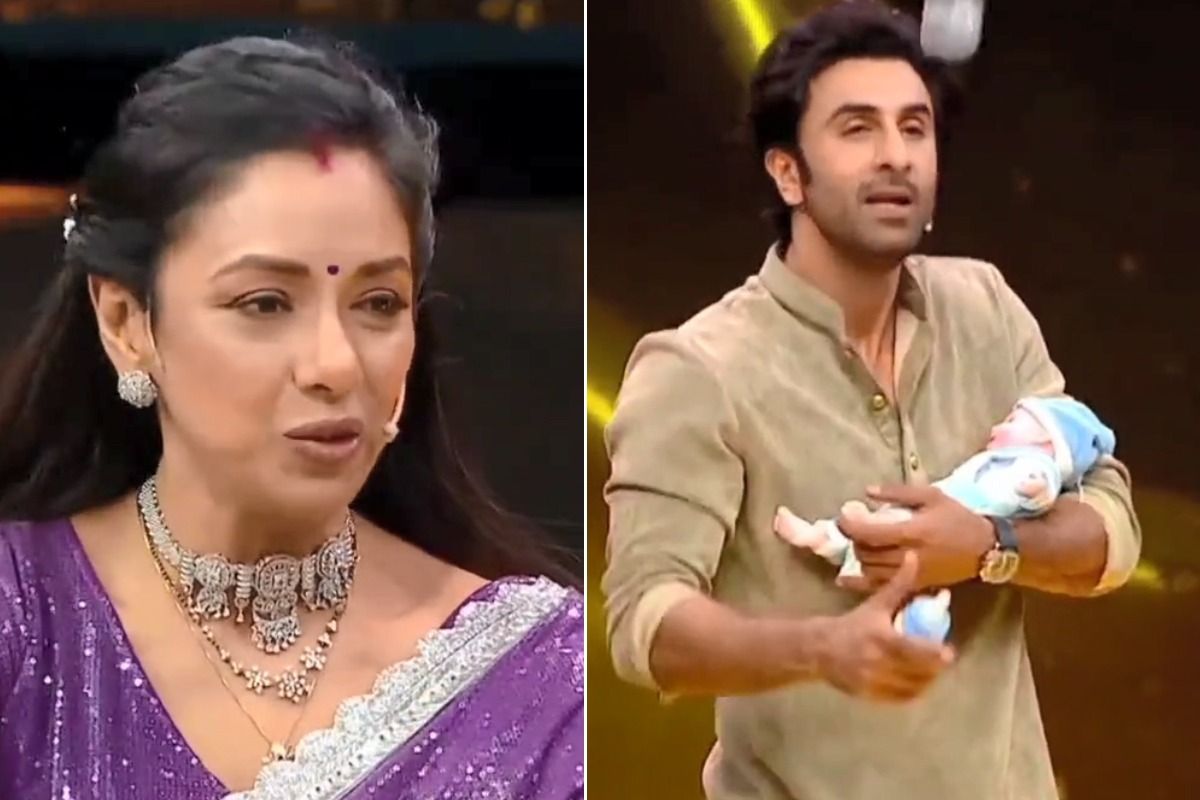 It is no news that Bollywood star Ranbir Kapoor and his wife Alia Bhatt are set to become parents soon. But before the couple welcomes their first child into the world, Kapoor has started prepping for how to become the world’s best father.

The actor recently learned the skills of handling a newly born baby from the television actress Rupali Ganguly, who currently plays the lead role in Star Plus’ leading show Anupama. Ganguli taught the actor how are babies handled on the sets of ‘Ravivaar with Star Parivaar’.

In a video, Kapoor is heard asking Ganguly, “Can you help me with tips to become the world’s best father?”

Rupali replied by saying your child is like your heart and then showed Ranbir how to hold a newborn baby. She also gave him tips on changing the baby’s diaper. In another video, Kapoor is seen carrying a baby.

A host of television actors, who were present on the sets, later took to social media and shared their photos with Kapoor.

Fahmaan Khan, who essays the role of Aryan Singh Rathore in Imlie, shared a photo and wrote, “I have no words to type. I probably said all I had to, to him. So now, I’ll just gloat. 👻.”

Fans also could not stop themselves from sharing the video and praising the actor.

This is so cuteee 🤩🤩🤩 @TheRupali mam teaching Ranbir about handing a baby 👶 This Ravivaar is going to Dhamakedaar man🤩🤩 Superrr excited #Anupamaa #RanbirKapoor #ravivaarwithstarparivaar pic.twitter.com/LC2T4Zp8LQ

For those not in the know, Kapoor visited the sets of ‘Ravivaar with Star Parivaar’ to promote his upcoming film Shamshera. Helmed by Karan Malhotra, the dacoit drama also features Sanjay Dutt and Vaani Kapoor in lead roles. The film is set to enter cinemas on July 22, 2022.