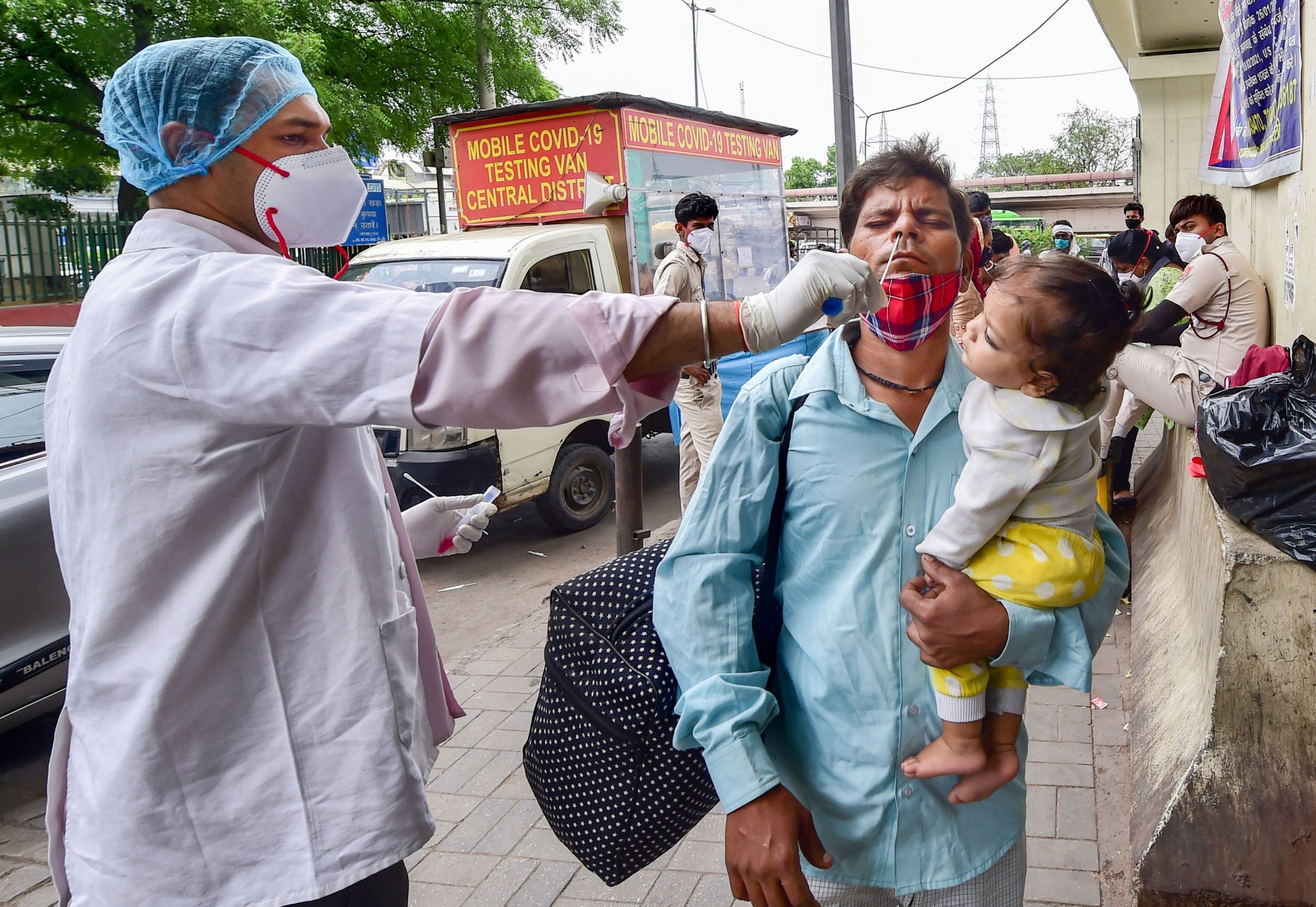 AFTER India’s new coronavirus cases and deaths held close to record highs on Monday (10), there was increased pressure on the government of prime minister Narendra Modi to impose nationwide lockdown.

As many hospitals grapple with an acute shortage of oxygen and beds while morgues and crematoriums overflow, experts have said India’s actual figures could be far higher than reported.

Sunday’s (9) 1.47 million tests for Covid-19 were this month’s lowest yet, data from the state-run Indian Council of Medical Research showed. The figure compared with a daily average of 1.7 million for the first eight days of May.

Many states have imposed strict lockdowns over the last month while others have placed curbs on movement and shut cinemas, restaurants, pubs and shopping malls.

But pressure is mounting on Modi to announce a nationwide lockdown as he did during the first wave of infections last year.

He is battling criticism for allowing huge gatherings at a religious festival and holding large election rallies during the past two months even as cases surged.

“A failure of governance of epic and historic proportions,” Vipin Narang, a political science professor at the Massachusetts Institute of Technology (MIT) in the United States, said on Twitter.

Sonia Gandhi, the chief of the main opposition Congress party, blamed the government for abdicating its responsibility by leaving vaccinations to states.

Delhi’s health minister said the city was running out of vaccines, with just three to four days of supplies remaining of AstraZeneca’s vaccine, made by the Serum Institute of India and branded Covishield, the NDTV news channel reported.

By Sunday (9), the world’s largest vaccine-producing nation had fully vaccinated just over 34.3 million, or only 2.5 per cent, of its population of about 1.35 billion, government data shows.

Shut down to break the chain

“You’ve got to shut down,” Fauci said on ABC’s “This Week” television show. “I believe several of the Indian states have already done that, but you need to break the chain of transmission. And one of the ways to do that is to shut down.”

New Delhi, the capital, entered a fourth week of lockdown, with tougher curbs such as the shutdown of the suburban rail network, while residents scrambled for scarce hospital beds and oxygen supplies.

“This is not the time to be lenient,” Delhi chief minister Arvind Kejriwal said on Sunday (9).

“This phase is so tough, this wave is so dangerous, so many people are dying…the priority at this hour is to save lives,” he said in a televised address.

Late on Sunday, the northern state of Uttarakhand said it would impose curfew from Tuesday (11) until May 18, just days after mass religious gatherings held in the state became virus super spreading events.

On the other hand, global support, in the form of oxygen cylinders and concentrators, ventilators and other medical gear, has poured in.

On Monday (10), US company Eli Lilly and Co said it signed licensing deals with Indian drugmakers, such as Cipla Ltd , Lupin and Sun Pharma to make and sell its arthritis drug baricitinib for the treatment of Covid-19 patients.

India’s drug regulator has approved the drug for restricted emergency use in combination with remdesivir for hospitalised adult sufferers requiring oxygen.