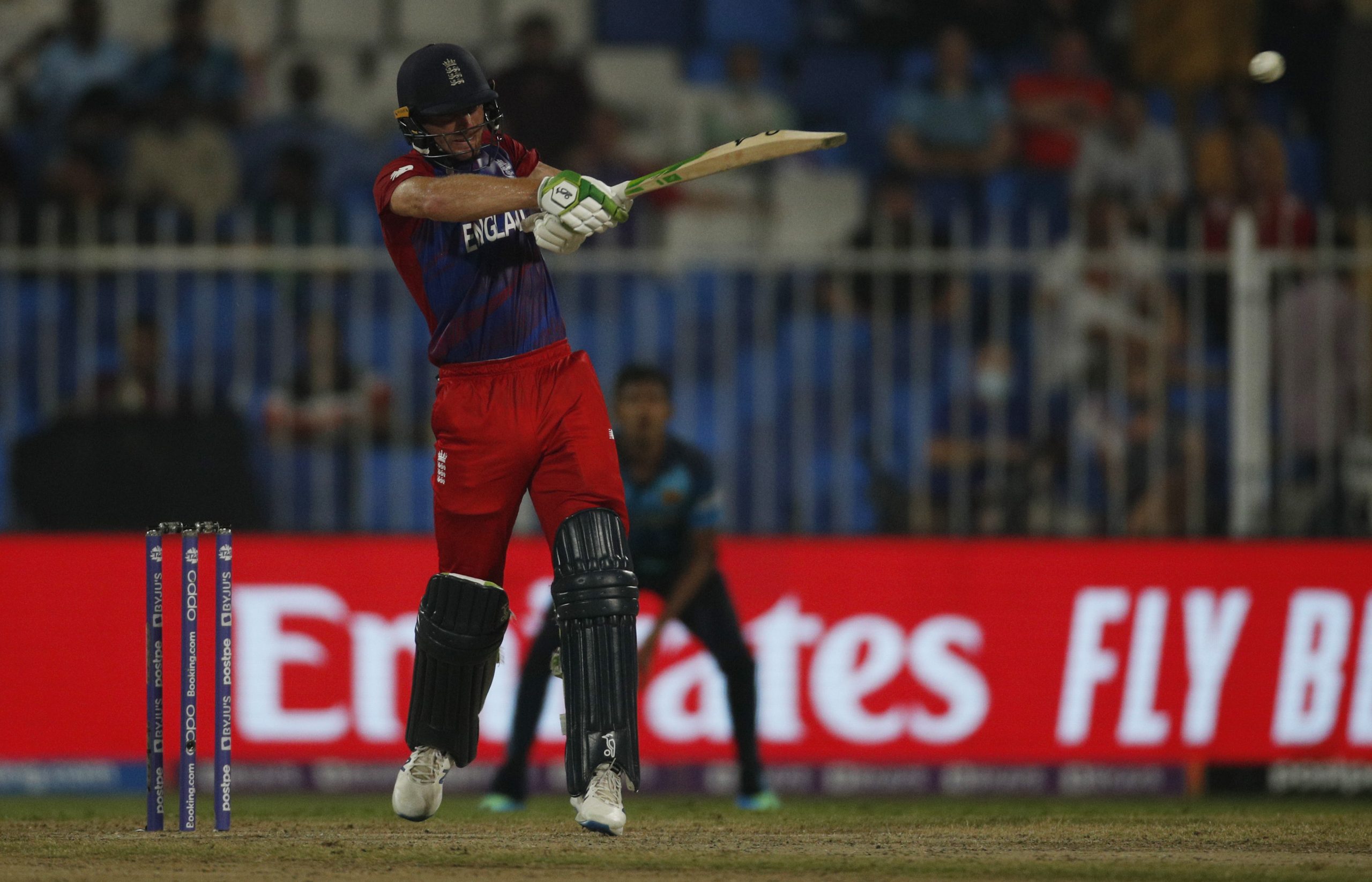 ENGLAND opener Jos Buttler reckoned his century in Monday’s (1) Twenty20 World Cup contest against Sri Lanka was among his best but chose a piece of fielding as his favourite moment in the Super 12 match.

Buttler smashed an unbeaten 101 off 67 balls to rescue England from a top order wobble and effected two run outs as Eoin Morgan’s men stood on the brink of the semifinals after their fourth win in as many matches.

Buttler also became the first Englishman to score an international hundred in all three formats and led the team as they walked off the field.

“It’s right up there, isn’t it? Hopefully there’s still more good days to come, but certainly enjoyed today,” the 31-year-old said after playing what his captain Eoin Morgan also called “one of his best ever innings in an England shirt”.

“To put in a performance in a World Cup, they’re all must-win games in this tournament, so yeah, delighted,” Buttler said.

For the first time in the tournament, England’s batting looked under pressure after Sri Lankan spinners restricted them to 36 for 3 in the powerplay.

Buttler collaborated with Morgan before accelerating, bringing up his maiden Twenty20 International century with his sixth six off the final ball of the innings.

He joined Heather Knight as the only England batters with centuries in all three international formats.

“It’s probably something I’ll look back on at some point, and it’s a nice accolade to have,” he said.

After Sri Lanka began their chase, Morgan and Buttler drew first blood when they combined to run out Sri Lanka opener Pathum Nissanka in the first over.

Buttler later removed his gloves and threw down the wicket to run out Sri Lanka captain Dasun Shanaka, whose 26-run cameo had rekindled Sri Lankan hopes of an upset win.

“The run out was probably the most favourite bit of my day,” Buttler said.

Unbeaten England face South Africa in their final Group I match on Saturday.