Today, the stars are on their toes. Nobody knows what’s happening and in what direction we should go. 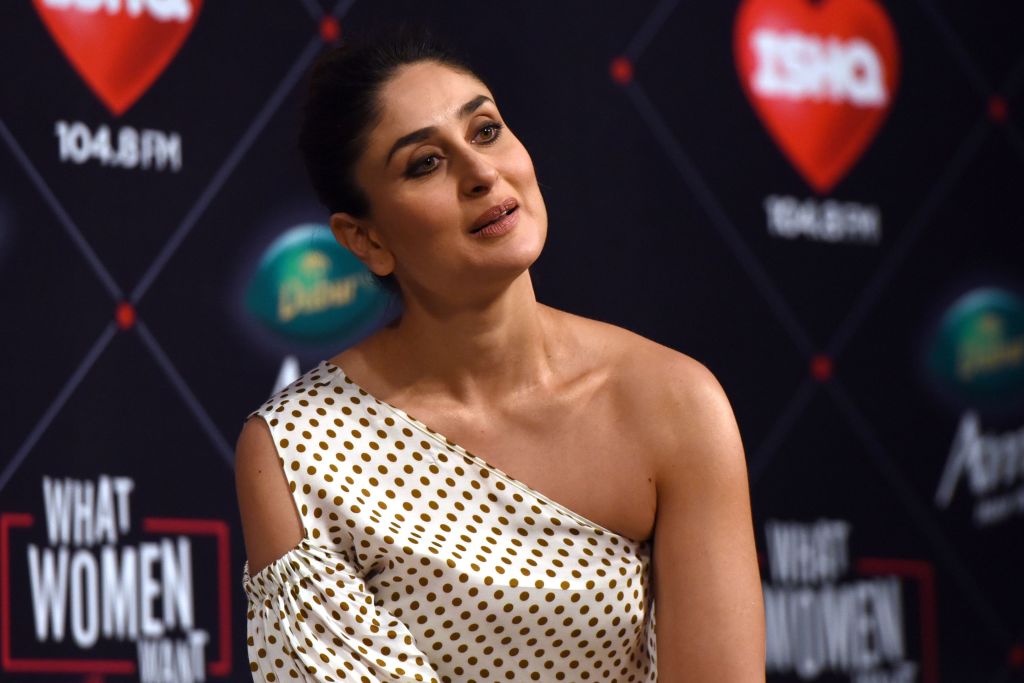 The era of bankrolling projects based on star power is gone, says Kareena Kapoor Khan, who believes it is the content that would decide the fate of a film.

In a world transformed by the streaming services and the coronavirus pandemic, Kareena said the realisation of uncertainty has forced people to focus on scripts.

“Today, the stars are on their toes. Nobody knows what’s happening and in what direction we should go. So, let’s focus on content and scripts, reading and writing better things. Then all actors are safe.

“If we think that we can continue to concentrate and focus on building projects on stars and their stardom, then that is not going to happen anymore,” the 41-year-old actor told PTI in an interview.

Kareena, the star of films such as “Kabhi Khushi Kabhie Gham…”, “Chameli”, “Jab We Met”, “Omkara”, “3 Idiots” and “Talaash”, said it is “amazing” to see the audience warm up to stories that they can connect to.

“People now want to see content and that has changed and transformed amid COVID-19. People have realised that no one is God and no one can change anything. “We are all in this together. We all want to watch similar things and feel similar emotions and we are happy to do that, whether it is in a theatre or click away and it doesn’t matter you could be anyone.” Kareena also believes that the popularity of stars on social media does not guarantee box office success.

“Today, there are no stars according to me. Everybody is an actor. There is no guarantee that tomorrow somebody’s film will take Rs 50 crore opening. Success and stardom don’t matter (anymore).

“Anybody can have 50 million followers (but that) doesn’t make you the biggest star in this country, not at all,” she said.

This change, the “Good Newwz” actor said, was much “needed”.

“It needed to happen because there is more and different work for artists. Today, different actors are coming in who are amazing at their job,” she added.

The actor will next be seen in “Laal Singh Chaddha”, headlined by superstar Aamir Khan. The film is a remake of the 1994 Hollywood classic “Forrest Gump”, which featured Tom Hanks, Robin Wright and Gary Sinise.

The Hindi adaptation is written by actor Atul Kulkarni and helmed by filmmaker Advait Chandan.

Kareena said even though the audience are “little spoilt” because of the digital space, a good film will still bring people to the theatres.

“If it is a good film people will watch it and they want to enjoy the theatre experience. Audience is little spoilt because we have been watching things on OTT and the content is so good. I think ‘Laal Singh Chaddha’ is a massy commercial film because it is very emotional.

“It is a love story. It is not niche according to me. It is not a comedy, commercial or (like) ‘Bhool Bhulaiyaa 2’ but it is a different genre. It is quite brave of Aamir and Advait to have made the film,” she added.

It was Aamir, Kareena’s co-star in two popular movies “3 Idiots” and “Talaash: The Answer Lies Within”, who offered her a role in “Laal Singh Chaddha” and she instantly jumped at the idea.

She essays the role of Rupa Kaur, the titular protagonist’s childhood friend and love interest.

“Who would not want to play Jenny from ‘Forrest Gump’? It is such a brilliantly written character. Advait and Atul Kulkarni have done it so beautifully. Like, when you see Rupa (her character), she is actually the soul of ‘Laal Singh Chaddha’.” Kareena revealed that Aamir asked her to screen test for the role as the team wanted to be “100 per cent sure” that she is best suited for the part.

The actor said she had no qualms about auditioning and found the whole process quite normal. Even her actor-husband, Saif Ali Khan, encouraged her to give the screen test.

“He wanted to see if I could do this part and it was totally fine. And Saif said you should do it because it is cool that he is asking you to take the test. I was like, at the most what will happen, he might tell me I don’t suit the part. Nobody has ever told me to screen test but I was very open to it. At the age of 40, I did it and it is quite cool. It is quite normal. Big stars do it in Hollywood.” “Laal Singh Chaddha” follows the extraordinary journey of a simpleton named ‘Laal’ (Khan) as he chases his dreams and love.

The actor describes Rupa as an ambitious passionate girl full of dreams. What struck her the most about the role was the chance to peel off the layers of the character.

“It is a layered character and everything is incorporated (from the original) but in a different way. It is a difficult part to play. She keeps coming back to Forrest’s life and even in this film you will see her in different stages of his and her life. It is very emotional. It might end up being one of my most favourite characters,” she said.

Kareena added that she brought her charm to the character.

“I have done it (character) in my own way. I brought my personality to Rupa… Everything in this film had to be internalised with Rupa and that was the case with Jenny also. Internalising things is more difficult than being bubbly.” Backed by Viacom18 Motion Pictures and Aamir Khan Productions, “Laal Singh Chaddha” is scheduled to be released worldwide on August 11. The film also stars Naga Chaitanya and Mona Singh in pivotal roles.