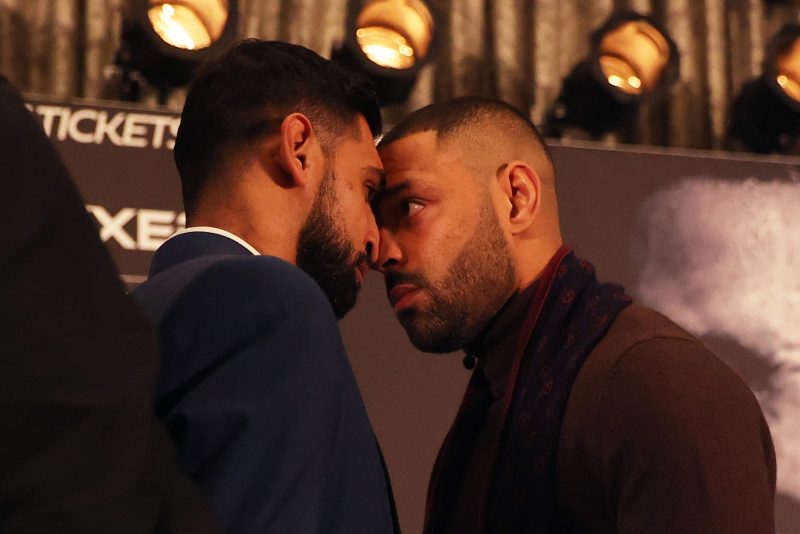 PROMOTER Ben Shalom has said that a rematch between Amir Khan and Kell Brook shouldn’t happen as it ‘doesn’t make any sense’.

He added that Amir Khan is expected to continue his career but Kell Brook could enter retirement.

“I think he’s [Khan] thinking about it [rematch clause], he’s still got another couple of weeks, but what I do know is he will fight again,” Shalom, who promoted Khan vs Brook, told Sky Sports.

Shalom expects Khan will return to the ring but is unsure whether Brook will be tempted to fight again after a career-defining victory.

According to the report, Khan can activate a rematch clause after suffering a sixth-round stoppage loss to Brook in their long-awaited grudge fight in Manchester last month.

“I’m pretty sure that’s what he wants to do. It’s not for me as a promoter to tell a fighter when he should retire. He knows what went on in that ring, he knows what the lead-up was. Whether he fights on with myself or someone else, I don’t know, but I’m convinced Amir will fight on, or at least that’s what I’m hearing,” he told the media outlet.

“Amir’s his own man, he’ll do what he thinks is right for his career, he’s a legend of the sport. Who am I to say what he should do?” Obviously we’ll wish him luck with whatever he does, and if he needs us we’ll be there to help.”

When asked about the future plans of Brook, Shalom told Sky Sports: “It’s hard to know. I think the current frontrunner is to retire. He had such a good performance and he’s going out on such a high.

“He said it was the best night of his career, he waited for that chance so long against Amir Khan, he got it, he performed, and he looked a million dollars. So I think that’s the frontrunner [to retire], but when you look that good and when your trainer thinks you can go on as well, Dominic [Ingle] feels he can still go, that means you’re going to get options.”

Shalom added: “So whether it’s Eubank Jr, whether it’s Conor Benn, Garcia, Thurman, even Josh Taylor might be an option, I don’t know, but he’s got fighters running to fight him now. He’s a star, he’s just sold out a huge event against Amir Khan, it did amazing numbers on pay-per-view.

“I think he’s still considering it. He is having a bit of time off, and then he probably look in the next week or two and decide whether he does hang up the gloves or he throws the dice and does another one or two.”