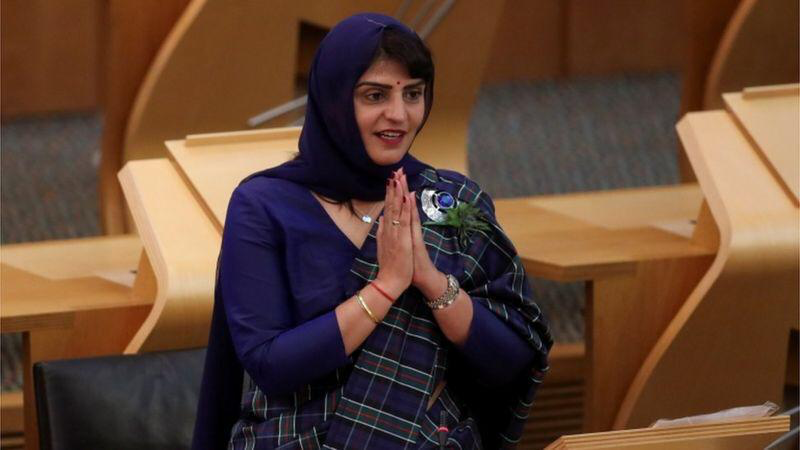 I AM extremely proud of my Indian heritage. I am even prouder to be the first Sikh MSP and one of the first women of colour elected to the Scottish Parliament.

That is why it was such an honour for me to have the opportunity to get recognition for the efforts of the British Indian Army who fought for our freedom in the First and Second World Wars.

Remembrance Day is a significant day not only in Britain, but across the world. It is testament to our society that each year we remember, celebrate and thank every soldier who has given their life to protect our freedom and our countries in war and commemorate their bravery and sacrifice.

That is why this year, I wanted to use my platform to draw recognition to the contributions of the British Indian Army to the war effort and to get recognition for their 4 million soldiers who fought in First and Second World War, which included Sikhs, Muslims, Hindus and Gurkhas, many of who gave their lives so we could live as free people and be here today.

On Remembrance Day, during the debate in the Scottish Parliament on remembrance commemorations and the Scottish Government’s support for the veterans and armed forces community, I put in an intervention to ask that the Parliament recognise the role played by the British Indian Army in
both the First and Second World War.

It was incredibly important to me as a woman from an Indian background that I could honour the British Indian Army and their fallen, as without them, Europe, North Africa, or the Pacific theatre may not have been freed from tyranny and oppression, and we would not enjoy the peace and freedoms that we are so privileged to have.

We must educate our children on their bravery and sacrifice and put them in history books. We must honour them with monuments and wreaths. We must not let their deaths slip into obscurity.