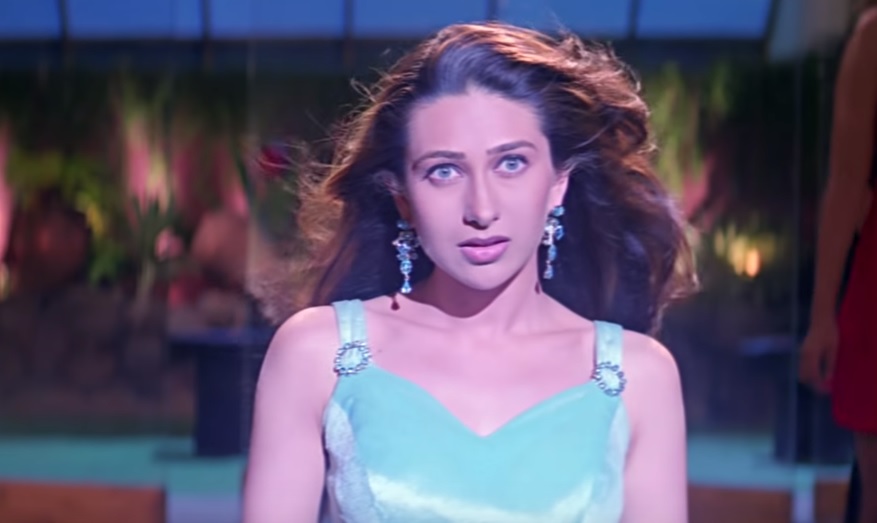 Karisma Kapoor is one of the most successful actresses of the 90s. She has starred in many super hit films and was masses favourite. Earlier, in her career, Karisma mostly did movies where apart from doing a couple of scenes and dance numbers she had nothing to do. However, soon she turned her ways towards performance oriented roles and proved her mettle as an actress.

Today, as Karisma celebrates her 45th birthday, let’s look at some of the best performances of the actress.

Raja Hindustani starring Aamir Khan and Karisma Kapoor was one of the biggest hits of 1996. Though the film was titled on Aamir’s character, it was Karisma who stole the show with her great performance and went on to win many Best Actress Awards.

Yash Chopra’s Dil To Pagal is clearly one of the best romantic films made in Bollywood. The movie starred Shah Rukh Khan and Madhuri Dixit in the lead roles and Karisma Kapoor played a supporting role in it. But, her character was stronger than the leads. Karisma’s performance made her win National Award for Best Supporting Actress.

Karisma played the titular role in 2000 release Fiza. The movie was about a sister who is searching for her brother who disappears one day during the riots in Mumbai. Karisma’s performance in the film impressed one and all and made her win many awards.

In and as Zubeidaa, Karisma gave one of the best performances of her career in this Shyam Benegal directorial. From playing a chirpy girl with the dream of becoming an actress to a divorced woman to finding the love again, Karisma’s character in Zubeidaa had many layers and she portrayed them very well.

In 2002, Karisma Kapoor starred in Shakti: The Power. The film received thumbs up from the critics and was said to be her best performance ever. Karisma played the role of a woman who fights with her gangster in-laws to get her son back from them. Just like the title, it was clearly a powerful performance from Karisma.

Birthday Special: 5 actresses with whom Shah Rukh Khan’s pairing was loved by audiences the…

Birthday Special: 5 songs of Raveena Tandon that will instantly make you miss…

Birthday Special: Five Pan-India films of Prabhas set to take his stardom to…