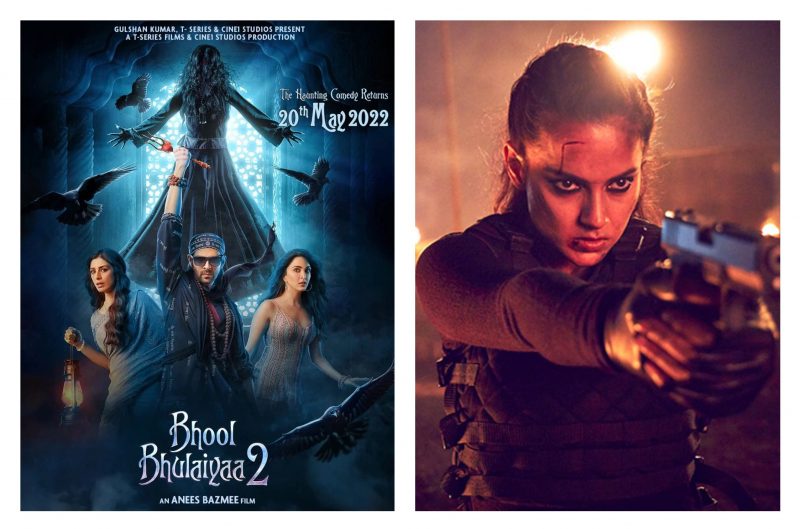 Headlined by class and mass favourite Kartik Aaryan, Bhool Bhulaiyaa 2 (2022) is unstoppable at the domestic box office in India. On the other hand, Kangana Ranaut’s Dhaakad (2022) has no takers.

Also featuring Kiara Advani, Tabu, and Rajpal Yadav in pivotal roles, Bhool Bhulaiyaa 2 is a horror-comedy film that had an extremely successful first weekend at the ticket window.

The Anees Bazmee directorial, which hit cinemas on May 20, recorded an opening of approximately £ 1,435,352 (₹14 crore) on Day 1 and registered an impressive growth during the weekend. It then collected £1,845,308 (₹18.34 crore) on Saturday. With audiences pouring into theatres in huge numbers to watch the film, Bhool Bhulaiyaa 2 managed to accumulate approximately £ 5,742,484 (₹56 crore) in three days of its theatrical release.

Overjoyed Kartik Aaryan, who has scored yet another hit with Bhool Bhulaiyaa 2, took to social media to share that he could not get the tickets for the weekend at Mumbai’s Gaiety theatre to watch his own film. “As actors, we crave for this day… This Housefull board!! Where I myself didn’t get the tickets. #BhoolBhulaiyaa2 on fire. Thank you to the audience,” the actor wrote.

While Bhool Bhulaiyaa 2 is busy minting dollops of money at the box office, Kangana Ranaut’s Dhaakad (2022), which was released on the same date as the horror-comedy, has been rejected by the audience. Made on a lavish budget, the action thriller has turned out to be a huge disaster for everyone associated with it. If reports are to be believed, many shows of the film have been cancelled across the country as the audience did not turn up to watch the film.

Helmed by ad-filmmaker turned director Razneesh Ghai, Dhaakad is based on Agent Agni, a highly trained and deadly field agent who is entrusted with the mission to gather Intel and eliminate Rudraveer, an international human and arms trafficker. It also stars Arjun Rampal, Divya Dutta, and Saswata Chatterjee in important roles.