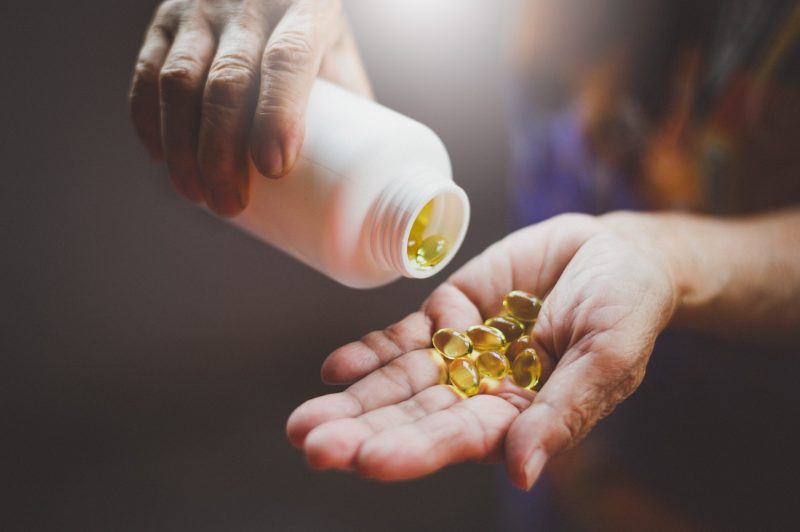 A British man was hospitalized after taking an overdose of vitamin D, which he began taking as a supplement, after visiting a private nutritionist, a CNN report stated.

Dr. Alamin Alkundi, a coauthor of the report and an endocrinologist at William Harvey Hospital in East Kent in the UK, who treated the unnamed man is reported to have said that the man had heard about the vitamin D supplements on a radio show.

He supposedly contacted the nutritionist on the show later on.

It is reported that he started taking more than 20 over-the-counter (OTC) supplements daily, including 50,000 international units (IU) of vitamin D three times a day. A daily dose of 150,000 IU of vitamin D is a dose “375 times the recommended amount,” said Dr. Alkundi.

After taking the supplements, the patient, who is a middle-aged man, is reported to have lost two stones in three months. He suffered from constant vomiting, diarrhea, leg cramps, and stomach pains – the symptoms started a month after taking the daily cocktail of OTC supplements.

He was also suffering from tinnitus, a condition that causes ringing in the ear, and also a dry mouth, and an unquenchable thirst.

A series of scans were conducted to rule out cancer, and bacterial infections, but his blood tests revealed that his vitamin D level was seven times above normal and he had suffered acute kidney damage.

The report also stated that the patient was kept in hospital for more than a week. He was also given drugs and intravenous fluids to flush the supplements out of his system.

His treatment doctors warn that this case “further highlights the potential toxicity of supplements that are largely considered safe.”

Vitamin D toxicity also known as hypervitaminosis D is usually caused by large doses of the supplement and not by what you eat or sun exposure. Experts say this is because the body regulates the amount of vitamin D produced by sun exposure, and even foods that are fortified with the vitamin, don’t contain enough of it to become toxic.

“Patients are encouraged to seek the opinion of their general practitioners regarding any alternative therapy or over-the-counter medications they may be taking or desire to initiate,” Dr. Alkundi said.

According to experts, the signs of vitamin D overdose can include drowsiness, confusion, lethargy, and depression. In more severe cases it can even lead to stupor and coma. The heart too can be affected. Blood pressure can rise and the heart can begin to beat erratically. In severe cases, the kidneys can go into renal failure; hearing and vision can be affected as well.

Excess vitamin D in the blood leads to a condition called hypercalcaemia, which occurs when the calcium level in the blood is above normal. The man in the BMJ case study was diagnosed with hypercalcaemia – a condition that weakens the bones, creates kidney stones and interferes with how the heart and brain work.

The man is supposed to have been hospitalized for eight days while he was treated with drugs to lower the levels of calcium in his blood. A follow-up two months later found his blood calcium levels had dropped to almost normal levels.

Experts recommend that anyone concerned about their vitamin D levels should have themselves evaluated by a doctor.

The Daily Mail reports that most Britons get enough vitamin D during the spring and summer months due to plenty of daylight.

The NHS adds that everyone should consider taking a daily vitamin D supplement from September to March and in the winter months when sunlight is weaker.