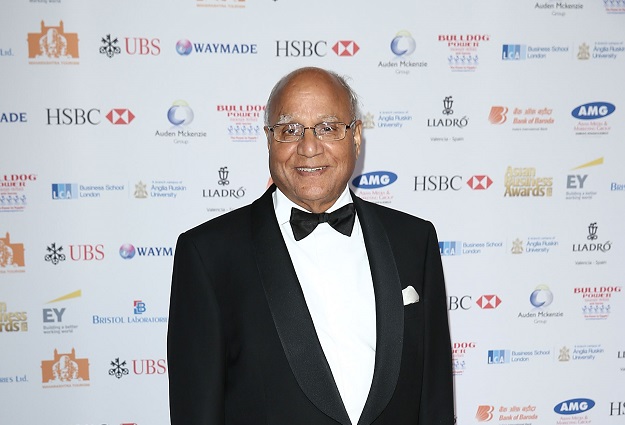 Sir Anwar repeated all the things he had told me over the last 20 years when I have interviewed him for Eastern Eye (Photo: Tim P. Whitby/Getty Images).

SIR ANWAR PERVEZ, the founder and chairman of the Bestway Group, was described by the Sunday Telegraph last week as “the richest Pakistan-born Briton”.

My father would confer on him his highest praise – “one of nature’s own gentlemen”. Anyway, it was good to read the Telegraph’s questions and answers.

Sir Anwar repeated all the things he had told me over the last 20 years when I have interviewed him for Eastern Eye.

Now 84 and a billionaire, he recalled his days as a bus conductor in Bradford.

“I grew up in Pakistan,” he added.

“My father was a subsistence wheat farmer. My parents didn’t have any money, and I learnt from them how to live within my means.”

Asked if money made him happy, he replied: “No. For me money is only a means and not an end. I live within my means, and in a very simple and humble manner – the upbringing of my parents has always stayed with me.

“I don’t believe or feel that I’m a billionaire. It’s the company’s wealth and not personal. I don’t feel like an owner, but a custodian.”

The Telegraph pointed out: “In 1987, he established the Bestway Foundation, which donates 2.5 per cent of group profits to education and health projects.” Sir Anwar’s achievements provide inspiration to all young people not born to privilege.