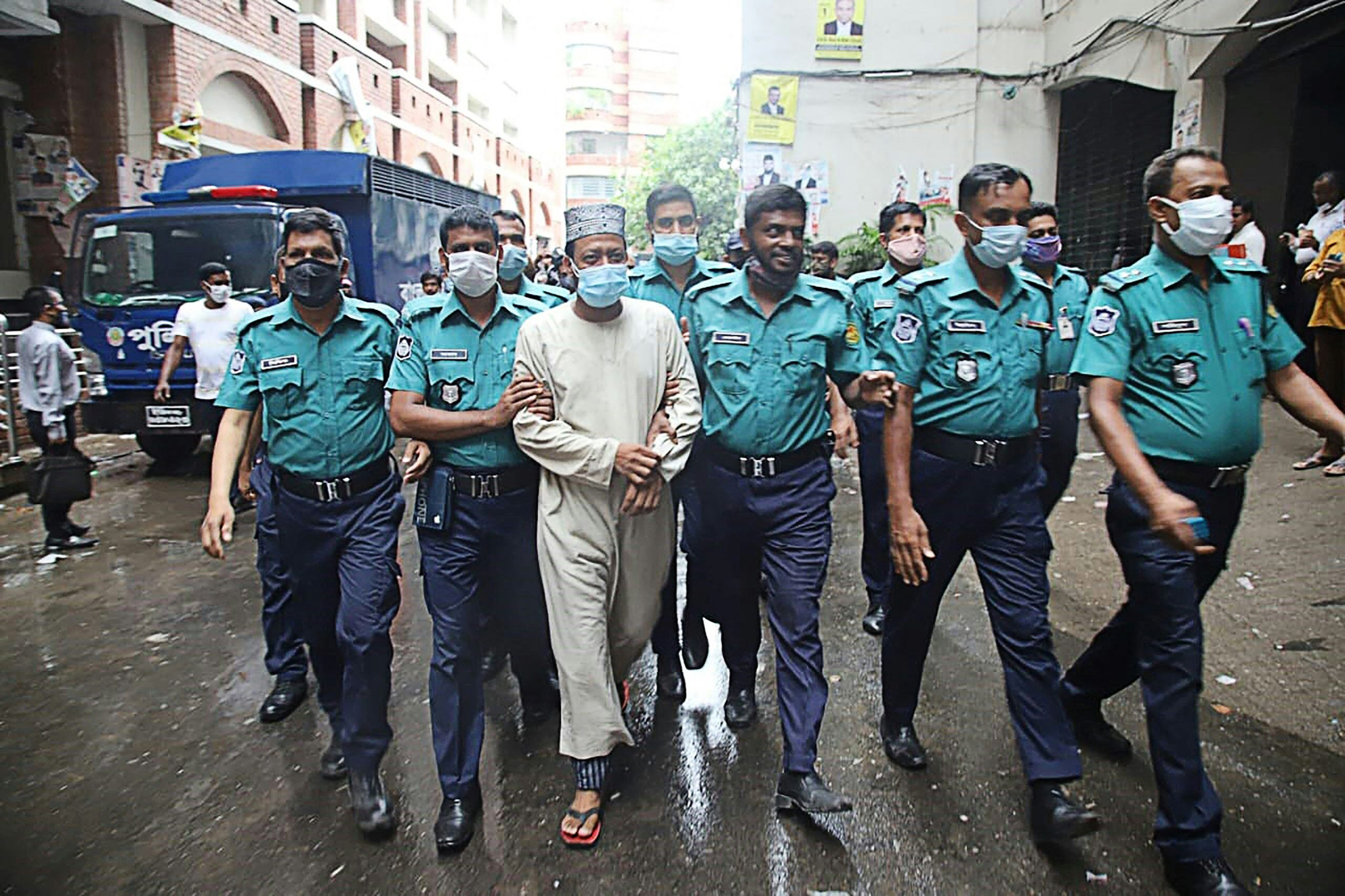 Police personnel escort Amir Hamza, one of the country’s most popular Islamic preachers, whose rallies draw tens of thousands of people, on charges of inciting militants, following his arrest in Dhaka on May 25, 2021. (Photo by Md sumit Ahmed sohel / AFP)

A PREACHER in Bangladesh was on Tuesday (25) arrested on charges of inciting militants.

Hamza was detained in a raid at his home on Tuesday in the western city of Kushtia and then transferred to Dhaka.

Investigators found videos of Hamza’s speeches in the mobile phone of a suspect detained this month over an alleged plot to attack Bangladesh’s parliament.

“He is an accused in an anti-terrorism case,” Asaduzzaman said.

Hamza is one of a new generation and Bangladesh’s popular preachers, whose rallies draw tens of thousands of people. His YouTube video speeches get millions of views.

The visit by Modi sparked protests after which 1,230 followers of the Hefazat group had been arrested.

Protesters accuse Modi of pursuing anti-Muslim policies and tens of thousands held mass protests during which some police stations and government offices came under attack.