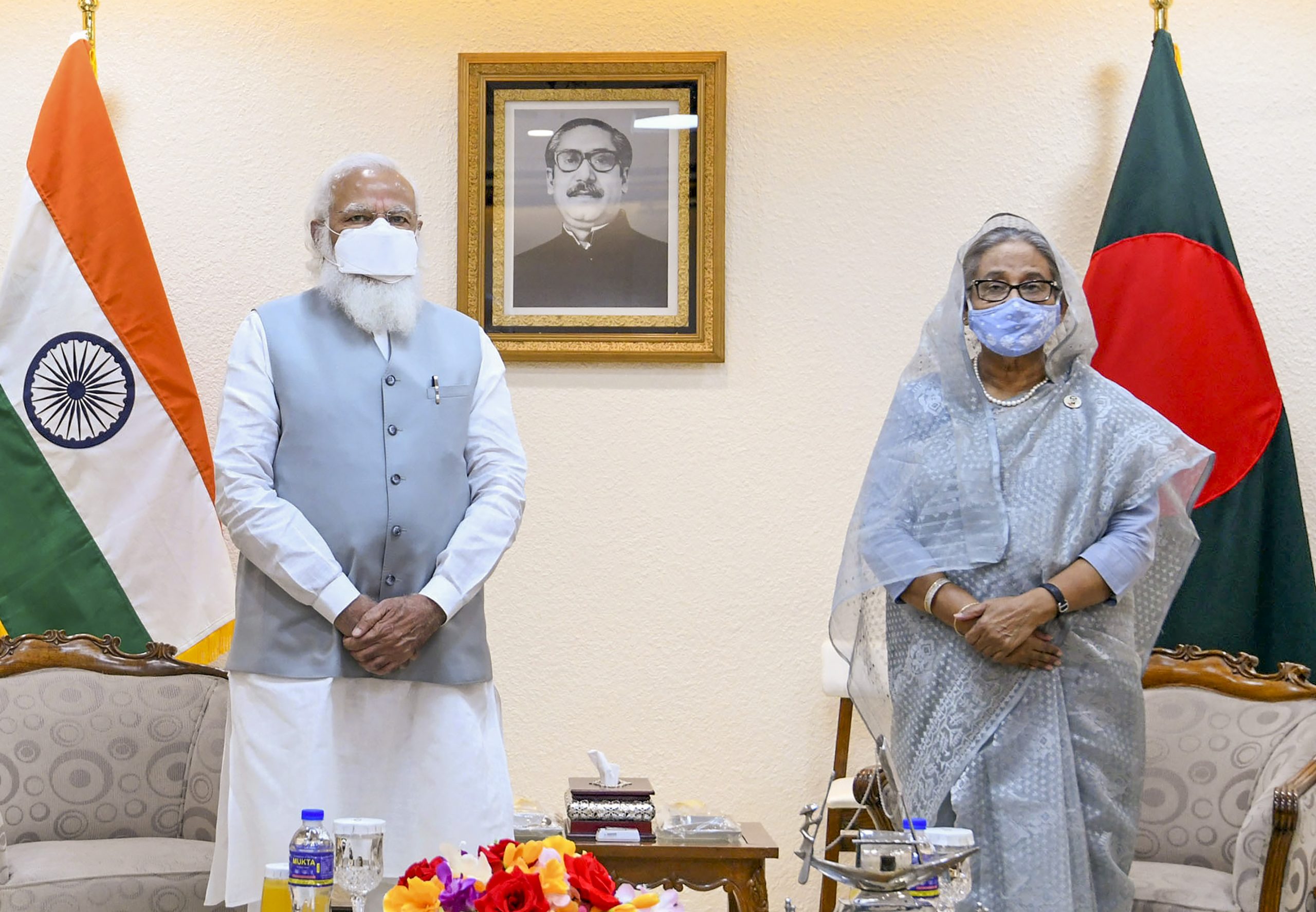 Rabiul Islam, 19, was arrested on Wednesday in a northern town after a pro-government youth leader filed a complaint under the law, local police chief Abdullah Al-Mamun said.

“He made an offensive music video using photos of Bangladeshi and Indian prime ministers and posted it on his Facebook timeline,” Al-Mamun told AFP.

His arrest comes days after the country was rocked by deadly protests against Modi’s visit, mostly led by Islamists, in which at least 13 protesters died.

Islam faced court on Thursday and was remanded in custody, police said, and is expected to be charged with defaming and tarnishing the image of the head of government. He faces up to 14 years behind bars.

Activists say Bangladesh’s harsh internet laws are being used to suppress criticism of the government.

Hundreds of people have been charged since 2018 for alleged crimes that include smearing the image of the prime minister and other senior political figures.

Islam’s detention followed the arrest on Monday of a broadcast journalist, Naimur Rahman, for allegedly defaming Hasina for remarks made outside her political party’s office while covering a local election.

His comments were overheard by her supporters, who reported him to police.

Mostafa Jamal, the head of a broadcast journalists’ association, said Rahman’s arrest was an “illegal power exercise by the police and the incumbent political party”.

“We’re compelled to study the… law more than doing our daily work these days,” he told AFP.

Amnesty International’s South Asia campaigner, Saad Hammadi, said in a statement Thursday that the arrests were the “consequence of laws that fail Bangladesh’s international commitment to uphold and protect the right to freedom of expression”.

In early March, activists held days of protests over the death in detention of writer Mushtaq Ahmed, who was also arrested under the internet law.

Ahmed was jailed for publishing an article and sharing Facebook posts critical of Hasina’s handling of the coronavirus pandemic.

Cartoonist Ahmed Kabir Kishore, who was detained with the writer, was released two weeks later.

A Bangladesh court has since ordered a probe into Kishore’s claims that he was tortured before police detained him.