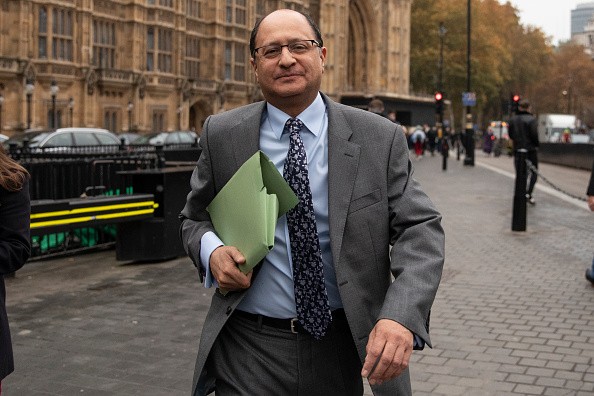 VIRENDRA SHARMA and other Asian-origin MPs in Britain have spoken about the threat facing them following the murder last week of Sir David Amess, the Conservative member for Southend West, who was stabbed 17 times in a frenzied attack.

British politicians have to decide whether their traditional approach of freely meeting constituents should now change.

Sharma, who succeeded Piara Singh Khabra as the Labour MP for Ealing Southall in a by-election in 2007, confirmed that like all 650 MPs in the country, he had been approached by the police to review his personal security.

“I knew David Amess reasonably well – he was a man with moderate views,” Sharma told me. “I have been on trips to the Philippines and Taiwan with him. If he was under threat, then everybody’s life is under threat.”

Sharma, who has to look after 65,000 constituents, said he had always operated an “open door policy”, although during the pandemic, he had used Zoom and telephone consultations. He disclosed he received letters from India expressing “surprise that MPs here travel openly by bus and meet and mix with people in the street”.

As an Indian-origin MP, he had some extra problems to deal with, such as “the Kashmir issue, Muslim and non-Muslim issues, and Sikh and non-Sikh issues”.

He said if “MPs don’t have freedom of speech” for fear of offending certain lobby groups, “then where is democracy?”

Another Labour MP, Tanmanjeet “Tan” Singh Dhesi, who has represented Slough since 2017, has been to Leigh-on-Sea to pay his respects. “Just last week, we were all together.

Twelve MPs went across to Qatar, Sir David was chairman of the all-party delegation and he led that delegation with absolute brilliance,” he told BBC Breakfast.

“Not only was he able to cut across so many issues, but he made everybody feel a part of the delegation… that was his character. It takes a very special person to be able to do that.”

He called for the “nation at large and especially keyboard warriors” to “bring down the bile and abuse” against those in public life.

Shailesh Vara, a former Tory minister who has been MP for North West Cambridgeshire since 2005, said in recent times “a lot more” aggression was being directed by members of the public towards elected representatives.

“The emails are a lot more hostile, the language is more aggressive,” he disclosed on BBC’s Newsnight.

Amess is not the first politician to fall victim to an attack by a member of the public.

Labour MP Jo Cox was murdered in 2016 in Birstall, West Yorkshire, where she was due to hold a constituency surgery. Thomas Mair shouted “Britain first” before shooting and stabbing Cox.

Prosecutors said Mair was motivated by hate and his crimes were “nothing less than acts of terrorism”.

A woman stabbed Labour MP Stephen Timms at a constituency surgery in Newham, London in 2010. Roshonara Choudhry, who said her attack was in revenge for his vote for the Iraq war, was jailed for life.

Liberal Democrat Nigel Jones was Cheltenham’s MP when he was wounded and his aide, Andrew Pennington, stabbed to death with a sword in 2000 during a surgery. Robert Ashman was jailed for the attempted murder of Jones and Pennington’s manslaughter.

The Commons speaker, Sir Lindsay Hoyle, has ruled: “What we won’t do, we won’t give in to it, we will continue to ensure that democracy will be there. We’ve got to make sure we have that relationship with our electors, that’s
the unique part of British politics, but we’ve got to make sure MPs are safe.”

But the terrorists do seem to be influencing the functioning of the Mother of parliaments. Conservative MP Tobias Ellwood, who tried to save the life of a police officer who was fatally stabbed outside the Commons in 2018, said MPs should temporarily end face-to-face meetings with constituents until a security
review is carried out.

“I would recommend that no MP has a direct surgery,” he urged. “You can move to Zoom, you can actually achieve an awful lot over the telephone.”

THE Queen is apparently cross about people who “talk” but “don’t do” ahead of the COP26 climate change summit in Glasgow from October 31 to November 12.

Snatches of her conversation were picked up during the opening last Thursday (14) of the Welsh parliament. She appeared to say: “I’ve been hearing all about COP… I still don’t know who’s coming.”

In a separate clip, she remarked, “We only know about people who are not coming”, before adding, “It’s really irritating when they talk, but they don’t do.”

She will be welcoming world leaders to COP26, which Britain is hosting, so it is only fair the 95-year-old monarch should be briefed fully about who is coming
and who is not.

As far as I can make out, India’s prime minister Narendra Modi hasn’t confirmed that he will be attending, and the indications are that the Chinese president Xi Jinping may not turn up.

It is in India’s interest – and that of China – to check global warming. Melting glaciers in the Himalayas spell disaster for India.

When Modi met Alok Sharma, the COP26 president, earlier this year, it was apparent that India is investing heavily in renewable energy. But like the pandemic, climate change does not respect borders.

Whatever his reservations, Modi should come. He has a vital role to play in safeguarding the future of India – and of the world. Even in London, flash flooding is becoming a regular menace.

THE artist Chila Burman is having a dream run. Her distinctive neon tiger,
which was seen at Tate Britain during Diwali last year and is in Covent Garden until the end of this month, is illuminating the Bloomsbury Festival this year.

For 10 days every year, the festival celebrates Bloomsbury’s pioneering creativity, with “an inspiring programme of arts, science, literature, performance, discussion and reflection”.

The theme of the festival this year, which began last Friday (15) and will finish on Sunday (24), is Shining Light.

Every evening the lights have been switched on to display a selection of Chila’s neon sculptures.

From one venue to the next, her tigers are always a little different. In Bloomsbury, they seem to be burning bright like fires in the autumn night.

Of Nooyi and Enid Blyton

INDRA NOOYI, the former CEO of PepsiCo, who talked about her autobiography, My Life in Full: Work, Family, and our Future last week, revealed that she was an avid reader during her “conversation” organised by the Asian Media Group.

In fact, she said she “read like a maniac”.

This intrigued me. Afterwards, when I managed to have a very quick word with her, I asked about the five books she would take with her to a desert island.

She rolled her eyes: “Only five?” Pressed for an answer, she finally responded: “All of Enid Blyton.”

She must have acquired her love of the English author when she was at Convent school in Madras (now Chennai) before going to America.

Nooyi spoke of the many opportunities which had come her way in the US. Perhaps if there is a revised edition of her book, she could consider renaming it, Only in America.

I ENCOURAGE everyone to watch the eight-part BBC drama, Paris Police 1900,
which depicts how anti-Semitism poisoned the upper reaches of French society in light of the Dreyfus affair.

He was a French artillery officer sentenced to life imprisonment for being a spy who passed information to the Germans. Alfred Dreyfus was innocent, of course. His real crime in French eyes was to be a Jew.

The hate against Jews reflected in this drama is quite shocking. Like Ridley Road, is this drama relevant to modern times? 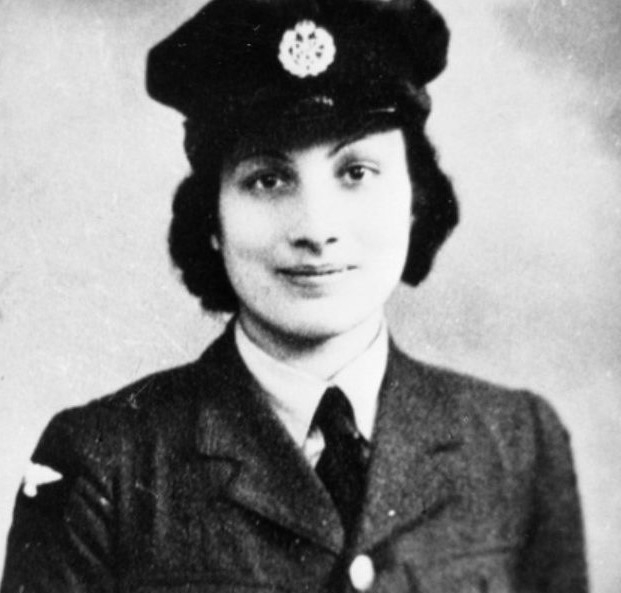