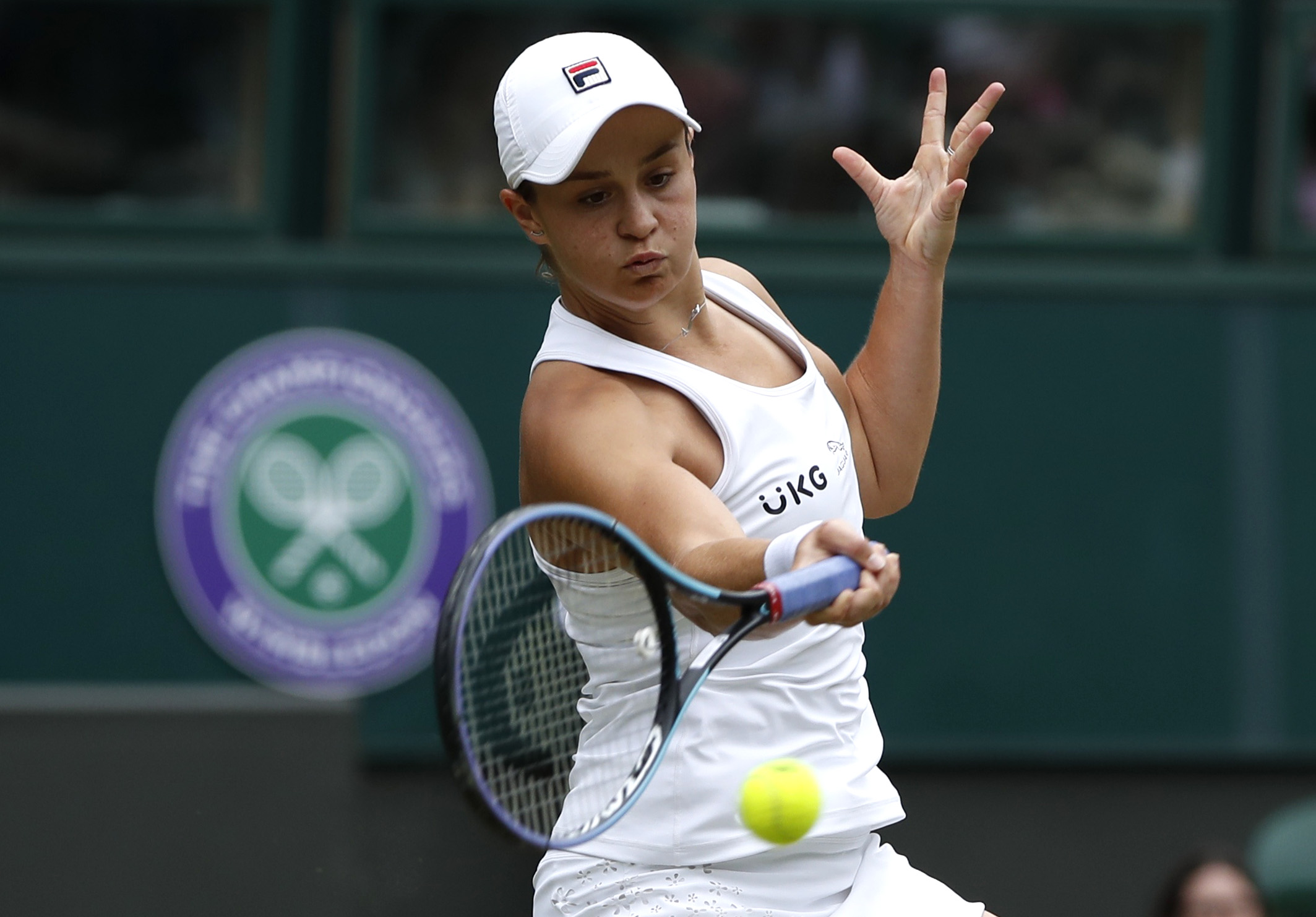 Ashleigh Barty in action during her semifinal match against Angelique Kerber. (REUTERS/Paul Childs)
Follow Us

The 25-year-old Australian will play either former world number one Karolina Pliskova of the Czech Republic or Belarusian second seed Aryna Sabalenka in Saturday’s final.

Barty is the first Australian woman to reach the final since her idol and mentor Evonne Goolagong Cawley won her second title in 1980.

“It’s incredible, it was as close to as good a tennis match that I have ever played,” said Barty who fired eight aces and 38 winners.

“It was a hell of a match from the first ball.”

“I am really proud of myself and my team. It’s been an incredible journey, full of ups and downs.”

Barty recovered from 1-4 down in the second set to triumph and move one win away from capturing a second Grand Slam title after her 2019 French Open victory.