Army and the arts: How the military unites communities 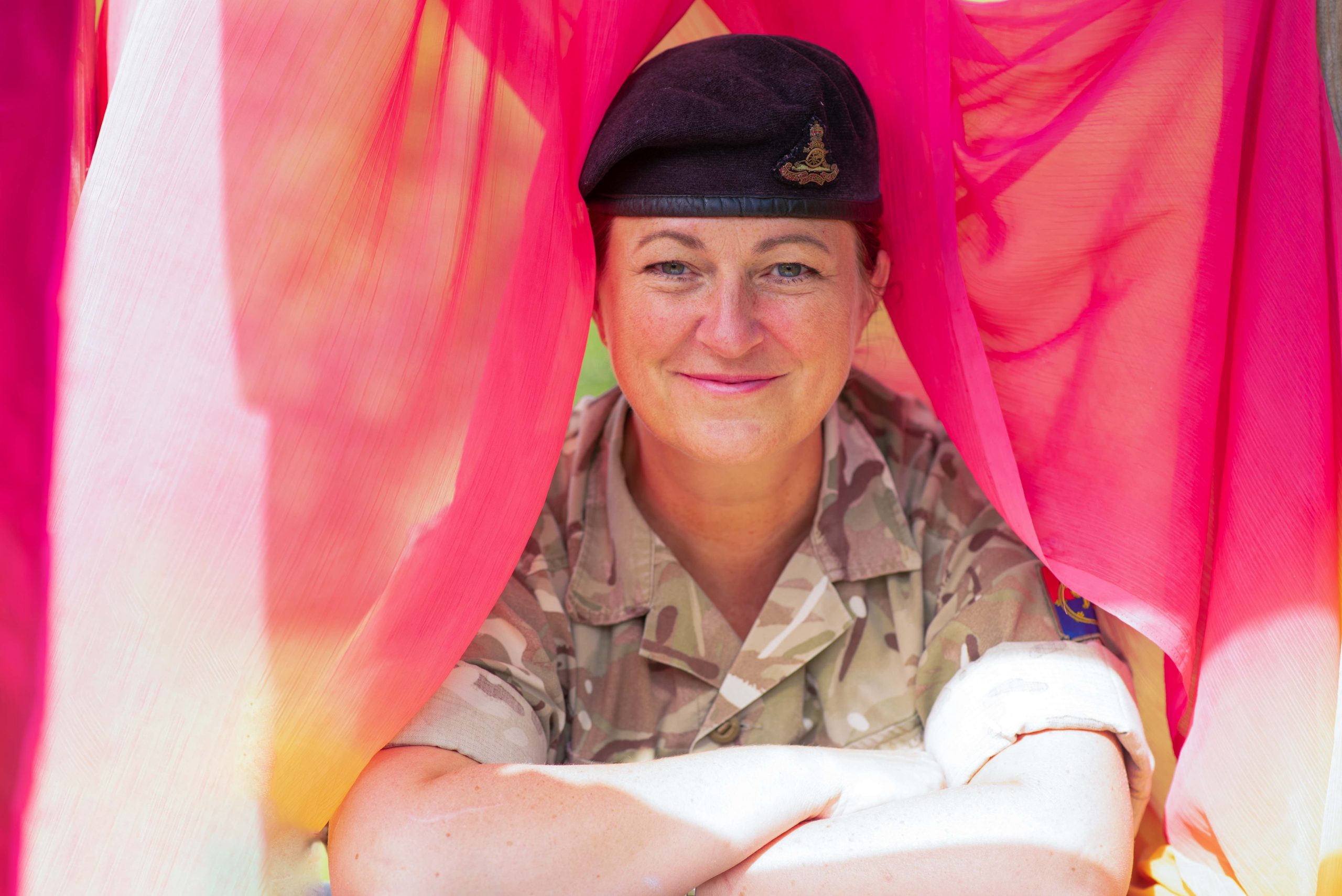 WHEN you consider the arts and culture, do you think of the British Army?

For many, the answer is probably no. But the military actively encourages engagement with the sector, with countless artists serving in the Army throughout its entire history. Lieutenant Colonel Wendy Faux is the British Army’s lead for arts engagement and her role is to bring communities together using the creative industry.

Lt Col Faux admitted people are typically surprised when they learn about her role as SO1 Arts. Some assume her job relates to art therapy. In fact, she describes herself as “the bridge for the creative into the military.”

“Arts engagement is about opening up those conversations that are quite difficult to have sometimes,” she told Eastern Eye. “If you can get through that barrier by putting on a play or perform a piece of music on race or religion, people can discuss it afterward and the conversation will open up.

“My role gives people access to the British Army and soldiers – for instance, if they want to do exhibitions or any arts-related project on the armed forces. I engage with audiences who wouldn’t normally come near the Army.”

Lt Col Faux, who joined the military in the early 1990s, helps enhance any artistic talents among soldiers, too. “I encourage them and tell them, ‘you can do this,’” she said. “Arts truly opens up your mind, which I think is brilliant.”

A passionate educator, Lt Col Faux is currently working with various external organisations looking at the role of women in war. She believes the female contribution has been largely forgotten throughout history. Highlighting a painting, The Relief of Lucknow, from 1859, she explained how the artwork depicts the second relief of Lucknow in 1857, where the Indian city was besieged by Indian rebels against the British Army.

“In the painting, the women are on bended knee as if to say, ‘my hero, you’ve come to save us,’” she said. “But these women probably contributed so much during the war – doing the cooking, loading rifles, helping in the hospitals. But there is no imagery to show that.”

Her aim is to leave a “complete history” for the generations to come. “I want my daughters and their daughters to look at it from a more advanced standpoint than what we’ve got at the moment,” she said.

Lt Col Faux has been working during the pandemic, using art to highlight the goings-on of the past 12 months. She worked with artists to capture images where Covid testing and immunisation drives are taking place. In collaboration with the National Army Museum, the project aims to focus on the experiences of individuals during the past year. For Lt Col Faux, it was also an opportunity to see the “people behind the NHS”.

“Through the arts, I’ve had an opportunity to look at the NHS from a different perspective,” she said. “It’s not just about the organisation, and what it might stand for – it’s about the people, as they are key to this.”

The former British Army media specialist added: “It’s so important to learn about other people’s lives and not lump them together because of perceptions put out there.”

While capturing images during the pandemic, Lt Col Faux’s team ensured they approached the project with sensitivity. It is essential to treat people with empathy and not be intrusive, she said. “You don’t know what they are thinking at that particular time, you don’t know anything about why they’re at a testing centre,” she explained. “They all have stories we don’t know anything about and we have to be sensitive to that.”

Lt Col Faux spoke of her “privilege” when people share their experiences with her, acknowledging that for many “it may be the only conversation they have”. However, she admitted it can be difficult to ask certain questions.

“From a moral perspective, I find it quite hard,” said Lt Col Faux, who was previously a war photographer during the Croat–Bosniak War in the 1990s. “But if you do not document it, then it’s not there. So, I think that’s why it is so important to do this. It’s a battlefield that’s on our home turf, we just can’t see what it is that we are fighting as such.”

Asked what she would say to any creatives considering a career in the military, Lt Col Faux said she would “fully encourage” them to pursue it. “There are countless opportunities to do so many creative roles in the British Army,” she said, noting that anyone from a chef to a designer could work in the armed forces.

“I joined the army because I wanted to become a war photographer, but when I got here, I actually found I enjoyed (being in the military)  and I then did photography on the side. I think that you can absolutely combine your two passions.”