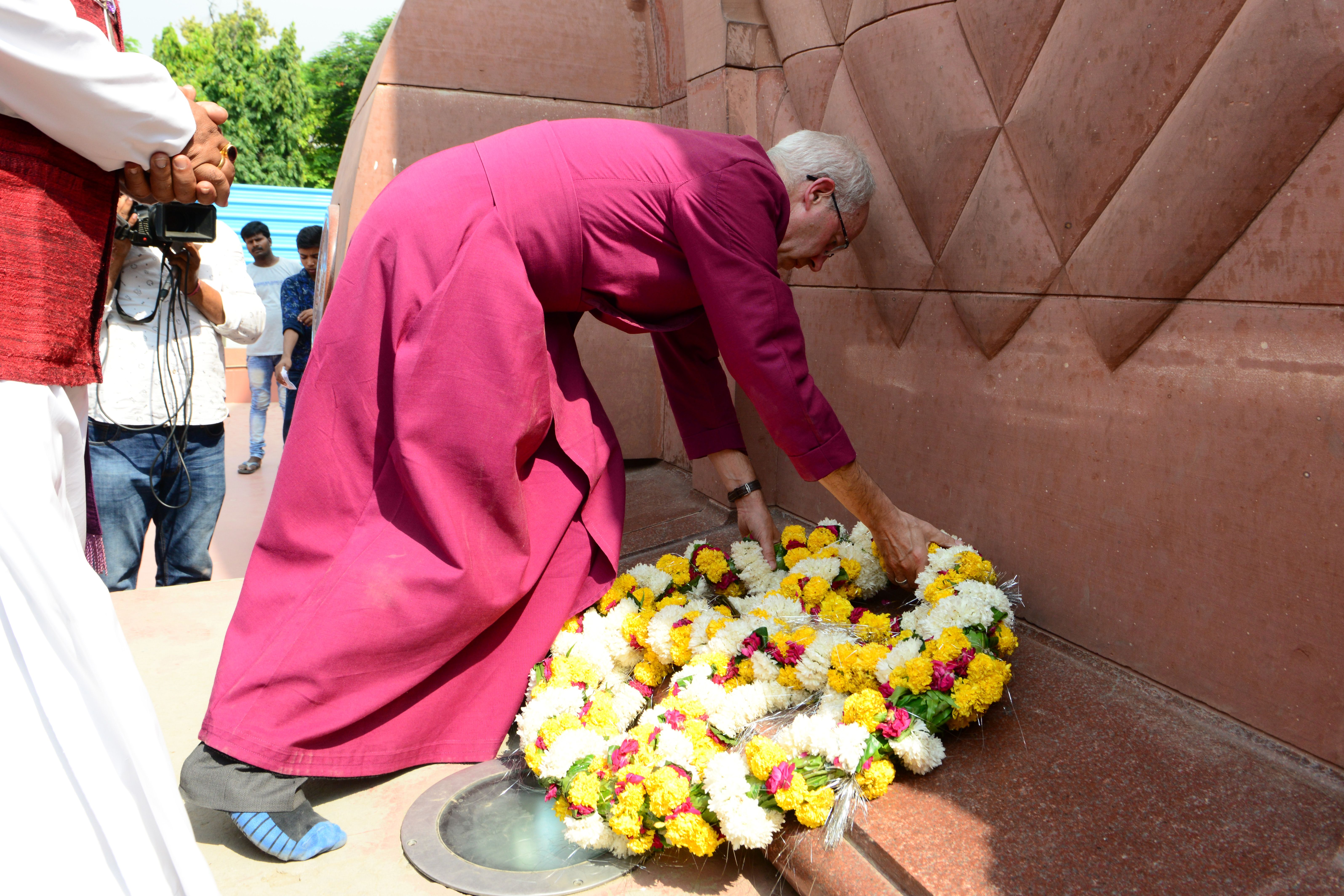 Archbishop of Canterbury Justin Welby lays a wreath to pay tribute to the martyrs at the Jallianwala Bagh memorial in Amritsar on September 10, 2019 (Photo credit: NARINDER NANU/AFP/Getty Images)

THE Archbishop of Canterbury has apologised for the “shameful” Amritsar atrocity as he visited the Jallianwala Bagh memorial site on Tuesday (10).

Archbishop Justin Welby made the apology as he visited India during his 10-day tour, claiming that he felt “ashamed and sorry” for the impact that the incident had had.

“As a religious leader, I mourn the tragedy I see here,” the archbishop said, adding that although he could not speak on the behalf of the British government, he was “personally very sorry for this terrible atrocity.”

He continued: “Here I come only seeking in sorrow and repentance before the people who have suffered in the hands of British bullets. Again, I cannot speak for the government, but I speak with repentance.”

Asked if he would seek an apology from the British government, Welby said, “I think I have been very clear about what I feel and that will be broadcast in England.”

Hundreds were killed in Jallianwala Bagh, a walled area in the city of Amritsar – home to the Golden Temple gurdwara – on April 13, 1919. As unarmed civilians gathered in the venue, they were slaughtered by British troops who opened fire without warning.

Although British leaders have condemned the atrocity, none have officially apologised for it.

In April, then British prime minister Theresa May called the killings a “shameful scar” in British-Indian history but stopped short of a formal apology. In 2013, then prime minister David Cameron laid a wreath at the memorial in Amritsar and offered condolences.

Many senior figures in society have argued that the government should recognise their role in the massacre.

“It was an atrocity for humankind and by recognising that, the government could do great good by saying it was a dreadful episode in the time of the British Raj,” Conservative peer Baroness Verma told Eastern Eye earlier this year. “I think that would be a real reflection on the sort of close relationships between India and the UK.”

Labour MP Tan Dhesi, who is Sikh, has also called on the government to apologise.

Dhesi agreed that an apology would be “highly appropriate” if offered.

“It was a crime against humanity when hundreds of people were mercilessly killed, and no British prime minister has formally apologised,” he added. “That is why some of us like-minded MPs and community organisations have called for the apology.”

Archbishop Welby has visited several Indian cities during his tour of the country, including Kolkata, Medak, Jabalpur and Bengaluru. At the weekend, after celebrating a service in Kolkata’s St. Paul’s Cathedral, the Archbishop said that India “has the incredible tradition of diversity of faiths within its history and in its ancient civilization.”

Karam Rajpal talks about his acting journey and future hopes