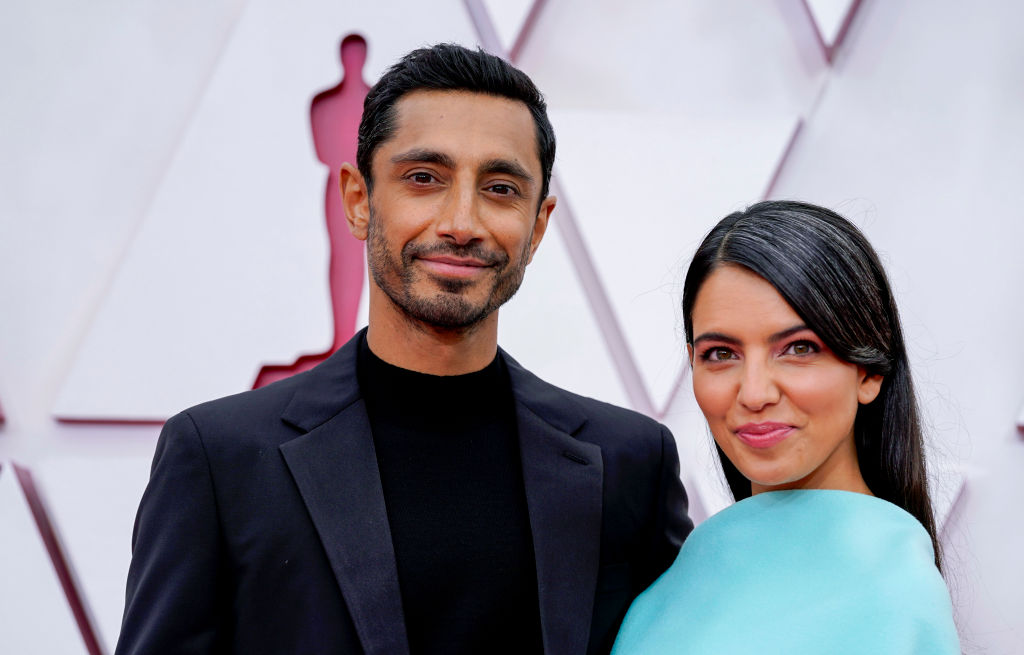 Hopkins won the best actor trophy for his role as a man battling dementia in “The Father.”

Ahmed made history by becoming the first Muslim to win an Oscar nomination for best actor for the movie ‘Sound of Metal’. He was also the first Pakistan-origin person to be nominated in an acting category.

The Sound of Metal” won The Oscar for Best Achievement in Film Editing and for Best Sound.

Ahmed made his first grand public appearance with wife Fatima Farheen Mirza at the awards. Posing for the camera, he took a moment and styled his wife’s hair on the red carpet.

“Nomadland,” the story of van dwellers in America, won the best picture Oscar and two other Academy Awards.

It was expected that the best actor award will go to the late Chadwick Boseman for his final film, “Ma Rainey’s Black Bottom.”

China native Chloe Zhao was named best director for Searchlight Pictures’ “Nomadland,” making her the first Asian woman and only the second woman ever to take home the trophy. Kathryn Bigelow was the first in 2010.

Frances McDormand, one of the few professionals in the film in which several people played versions of themselves, won her third Oscar.

The prospect of all four acting honors going to people of color for the first time was not realised. But 15 women won a record 17 Oscars, the Film Academy said, including for sound (“Sound of Metal”), production design (“Mank”), original screenplay (“Promising Young Woman”) and documentary feature (“My Octopus Teacher.”)

The national reckoning about systemic racism in the US was also a theme following the murder conviction last week of a white police officer who knelt on the neck of Black man George Floyd.

Youn Yuh-jung, 73, won the best supporting actress Oscar for her role as a cantankerous grandmother in immigrant tale “Minari.”

Youn, the first South Korean actor or actress to win an Oscar, joked about people mispronouncing her name.

The movie “Soul,” the first from Disney’s Pixar to feature a black lead character, won best animated feature, while Denmark’s “Another Round” took the prize for best international feature.