According to Bachchan, the structure was built in the Polish city of Wroclaw, which had named a square after Harivansh Rai Bachchan in 2020. 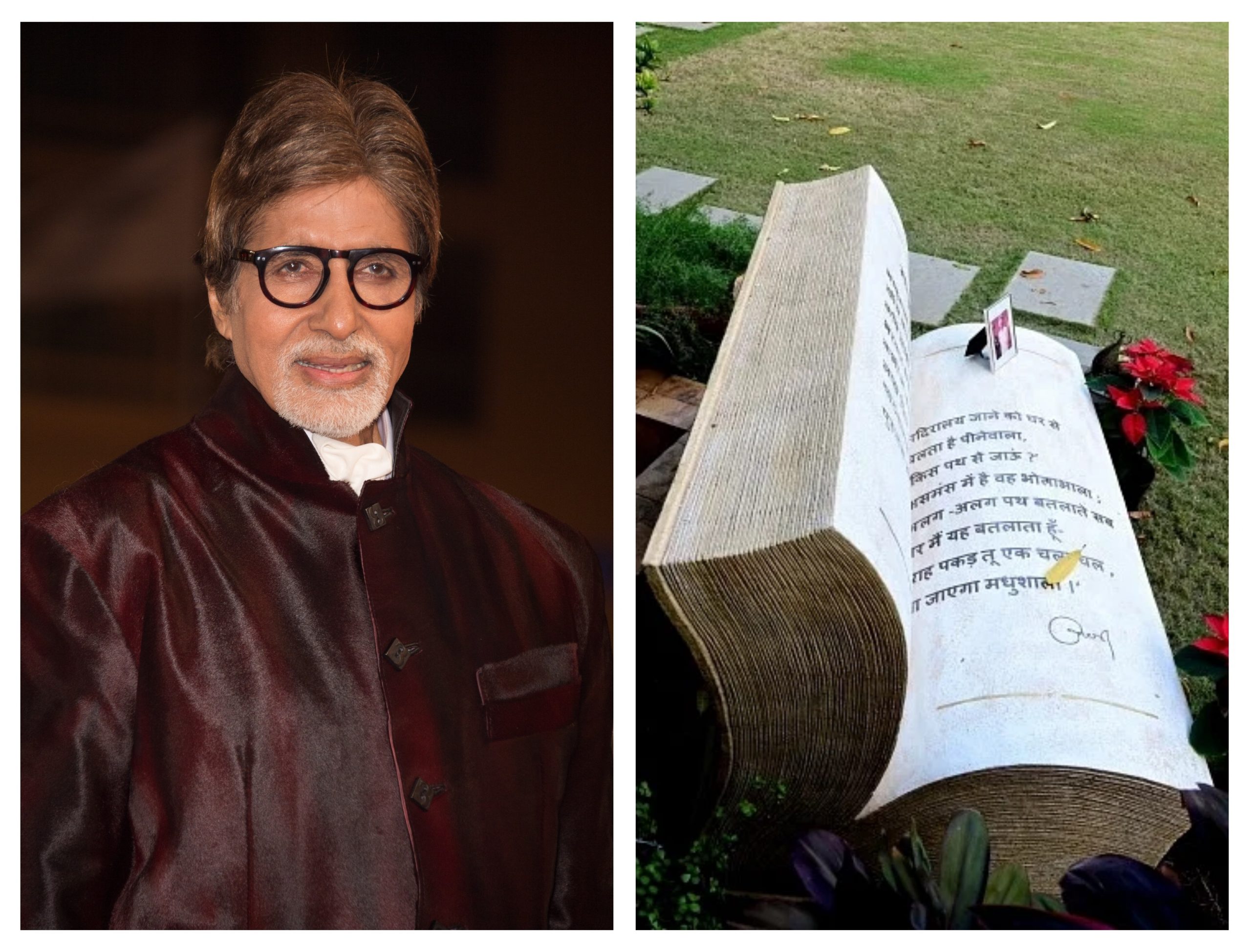 Megastar Amitabh Bachchan on Monday said a stone bench in the shape of the popular book of poetry “Madhushala”, penned by his late father and celebrated poet Harivansh Rai Bachchan, was installed here at his residence Jalsa.
The 80-year-old actor took to his personal blog, where he shared several pictures of the bench set up at the lawns of his Juhu-based palatial bungalow.
According to Bachchan, the structure was built in the Polish city of Wroclaw, which had named a square after Harivansh Rai Bachchan in 2020.
“… a bench made of stone in Wroclaw, Poland in the shape of a book – Madhushala .. intricate and most uniquely done .. weighs a ton .. brought from Poland, through the kind offices of the Counsel general India in Wroclaw, Shri Kartikeya Johri, who worked assiduously in putting up the elf statue of Babuji in Wroclaw, a stamp in his honour and now has worked on opening a Research Centre for the study of modern Hindi literature in the name of Babuji – Harivansh Rai Bachchan, Research Institute .. (sic)” the screen icon wrote.
He also expressed gratitude towards the Honorary Consul General of India in Wroclaw Kartikeya Johri for his efforts in bringing the bench to India.
“… how auspicious to have that bench installed today in our lawns at Jalsa ..” Bachchan further wrote.

November 27, 2022, marked the 115th birth anniversary of Harivansh Rai Bachchan, a poet of the Nayi Kavita literary movement of the early 20th century. He received the Padma Bhushan in 1976 for his service to Hindi literature. He passed away in 2003.