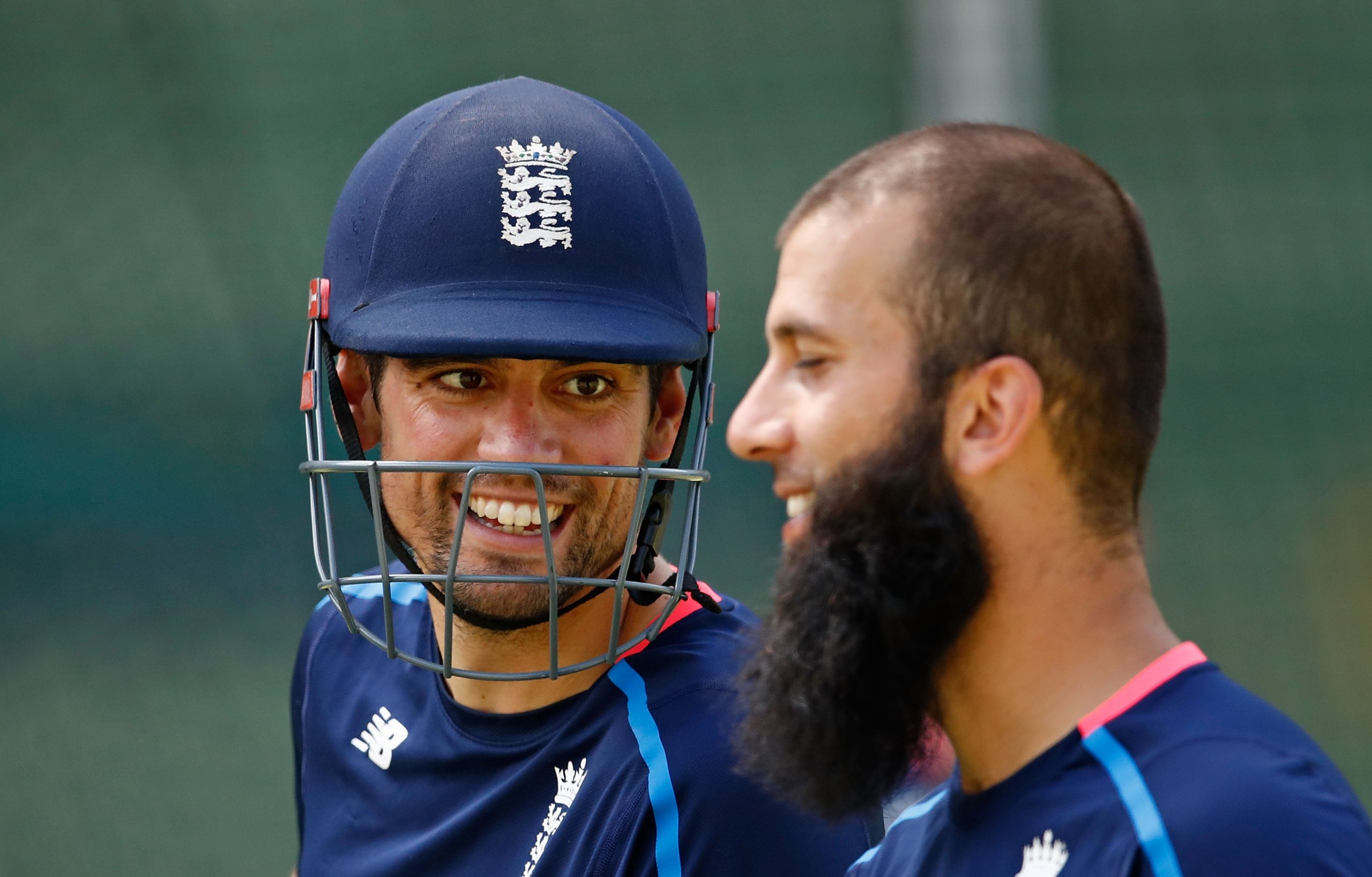 MOEEN ALI and Alastair Cook were involved in an awkward on-air television exchange before the fourth Ashes Test.

Ali accused Cook of lacking empathy as captain as Ali played 37 times under Cook’s captaincy, since making his Test debut in 2014.

The allrounder Ali retired from Test cricket after having played under Cook and Joe Root.

Cook and Ali got together in the BT Sport studio for the fourth Test coverage where they got involved in a tense exchange over how the allrounder was handled during his international career.

Cook, who initially thought Ali was being light-hearted, said: “Are you just criticising my captaincy?”

Realising the discussion had turned serious, Cook put up a front to defend his captaincy style.

Moeen replied: “That’s true. But he also batted me from one to nine in my first year of international cricket.”

Cook said: “I was giving him a chance. I couldn’t work out whether he was a tailender or an opening batsman so I tried to find the perfect role for him.”

There was a brief interruption from the BT Sport presenter, but after that Ali continued and said: “To go back to my point, Rooty was a little bit more involved with the players, in my opinion. Not that Cooky didn’t care, but I think Rooty is a bit more arm-over-the-shoulder kind of guy.”

Cook then finally concluded the chat: “I’m not sure how to take this any more. I’ve just come back from a nice holiday and walked straight into Moeen Ali off his long run.”