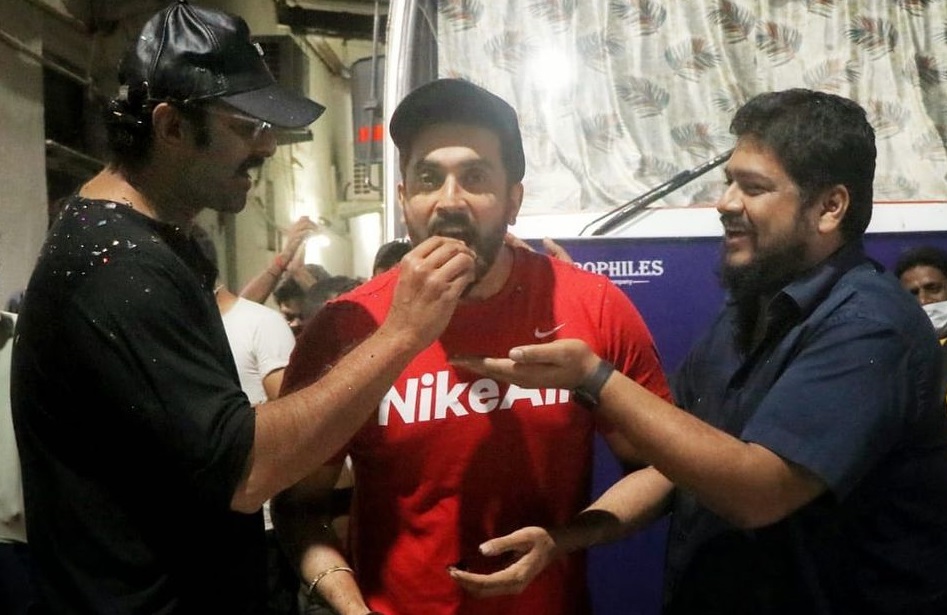 Adipurush is undoubtedly one of the hugely anticipated films of 2022. Mounted on a lavish scale, the high-profile mythological drama boasts of an impressive star cast, which includes the likes of Prabhas, Kriti Sanon, Sunny Singh, and Saif Ali Khan.

Singh, who is known for his endearing performances in such box office hits as Pyaar Ka Punchnama (2015) and Sonu Ke Titu Ki Sweety (2018), plays the character of Lakshman in the upcoming Adipurush. The actor today celebrated his birthday by cutting a cake on the sets of the magnum-opus.

Director Om Raut took to Instagram to share an image where he and Prabhas are seen feeding Singh the cake. “Wishing our champ @mesunnysingh a very happy birthday 🥳,” the director wrote in the caption.

Singh, who likes to have low key birthday celebrations, usually prefers spending time with family and his close friends on his special day. He never misses going to the Gurudwara on his birthday.

Adipurush marks a couple of firsts for the actor as this is his first film with Prabhas and also his first pan-India film. He addresses Prabhas as his big brother and shares a great rapport with him on set and off it as well. Their images from the film set are trending on social media as well.