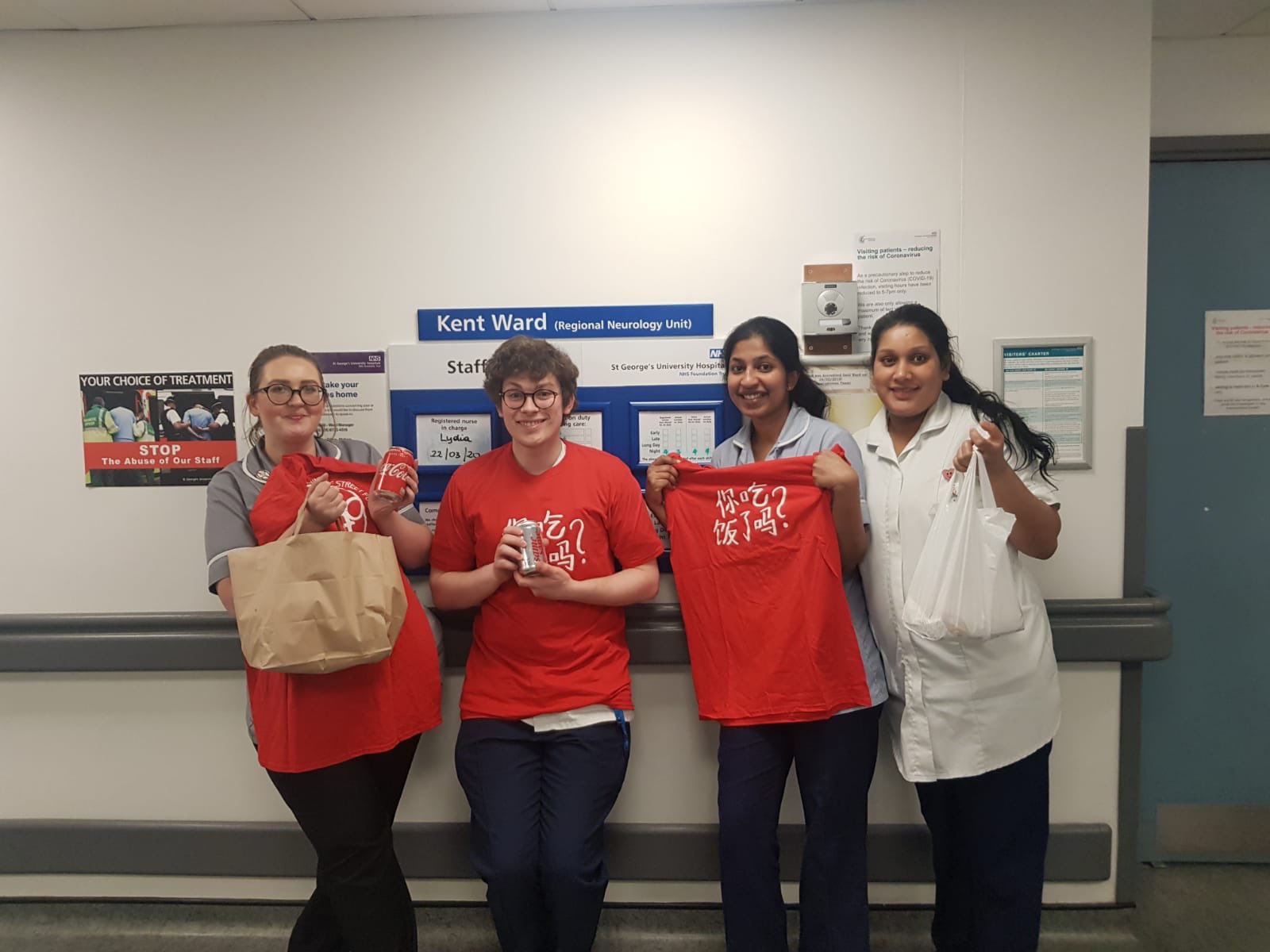 LONDON volunteers have set up a catering service to provide free meals for nurses at a major public hospital fighting coronavirus.

The group, called Critical NHS, gets food from local businesses and delivers it three times a day to nurses and other frontline staff at St George’s Hospital in Tooting, south London.

Prime minister Boris Johnson warned last Sunday (22) that the NHS could be “overwhelmed” by the coronavirus in just two weeks.

As Eastern Eye went to press on Tuesday (24), 335 people with Covid-19 had died in the UK. The government said there are 6,650 confirmed cases, with London hardest hit.

Critical NHS, the volunteer group, was set up last week by husband and wife Niall Barrett and Janneke Diemel, who were responding to an appeal from a senior nurse at St George’s to “drop off a box of biscuits or something the staff can snack on.”

“Our first run was 20 pizzas,” said Barrett. “The nurses loved that, they were so appreciative. Then it kept growing and growing.” Barrett and Diemel, who run a golf travel company, were quickly joined by two part-time coaches from Battersea Ironsides, a local rugby club. Other local people have offered to drive, donate and run the Twitter account. A crowdfunding account set up on PayPal raised £22,000 in just four days.

Barrett said many nurses were too busy to buy food, or found their usual eating places had closed.

Meanwhile, some shop owners are helping to deliver sanitary packages to pensioners and those in need. Asiyah Javed and her husband Jawad, owners of The Day Today Express in Stenhousemuir, Scotland, have been giving free hand wash and facemasks to isolated elderly people in their locality.

The pair has also been delivering groceries to people’s houses, if they are in self-isolation. The scheme began after an elderly woman was unable to purchase any hand wash at a nearby supermarket.

“I met an elderly woman outside a supermarket and she was really upset because she couldn’t get handwash,” Javed said. At that time I couldn’t do anything but I thought the next day that the elderly are suffering. We are just trying to help elderly people. If we help them, that’s the best we could do in our lives.”

UK charities are also working to launch initiatives designed to help the elderly and vulnerable people across the country. Some restaurant owners are also making efforts to provide food to those in need.

Punjabi restaurant Rangrez in London has been delivering freshly cooked food free of cost to people above the age of 65 in isolation, from its branches in Hammersmith and Ealing. Rangrez’s owner Harman Singh Kapoor started the service after “seeing the pain in my parents’ eyes when they were placed under isolation a week ago”.

He was also aghast watching the way people were stockpiling food products due to panic. “The racks were all emptied at a supermarket I went to recently,” he said. “I could sense how worried people were, especially the elderly, over the basic need for food. So, I, along with my wife and partner, decided to do our bit in this time of crisis.”

“Besides the elderly people calling in, worried customers request us to ‘take care’ of their aged parents’ requirements.” Kapoor shared a moving audio of an elderly man singing over the  phone a classic Hindi song, Kisi ki muskurahaton pe ho nisaar, as an encouragement to Rangrez.

The rough translation of the lyrics means: “Offer yourself to make someone smile, share a shoulder to bear someone’s pain, have love for someone in your heart, that’s called living….”

With the “list of people in need getting bigger by the day”, Rangrez has connected with a team of volunteers to distribute the food packets. “With the lockdown announced, the requirement will only increase,” said Kapoor.

Nurses at the QA Hospital in Portsmouth were given Indian takeaway last Sunday (22) from local curry house The Akash. The restaurant delivered 30 curries along with rice, naan bread and poppadoms to the hospital to give thanks to a team of nurses.

Faz Ahmed, co-owner of the curry house, said: “The work of those within the NHS is admirable and I am so grateful for everything they do – especially with all that’s happening in the world.

“Coronavirus is having a big impact on our health system and everyone is working so hard to address those in need, so this gesture is the least we could do.”

The Penny Appeal charity has partnered with Age UK in Bradford to provide services for the elderly and homeless through hygiene kits, food packs and financial aid.

It has also launched a Listening Line to people who are isolated, anxious and lonely. Penny Appeal has urged people to donate to its Coronavirus appeal at https://pennyappeal.org.

Nishkam SWAT will be providing a free mobile langar service for those aged over 65 to bring food to people’s doorstep in north and west London and Swindon, Wiltshire. They have been encouraging anyone with fruit and vegetable donations to contact them to ensure the food is delivered directly to key workers and rough sleepers.

Kiran Daurka thanked Nishkam SWAT for their services, claiming her elderly grandparents had contacted the charity for help. “We are grateful to them otherwise… my in-laws would be tempted to head to the gurdwara,” Daurka said.

(With agencies. Fiona Callingham of the Local Democracy Reporting Service contributed to this report)