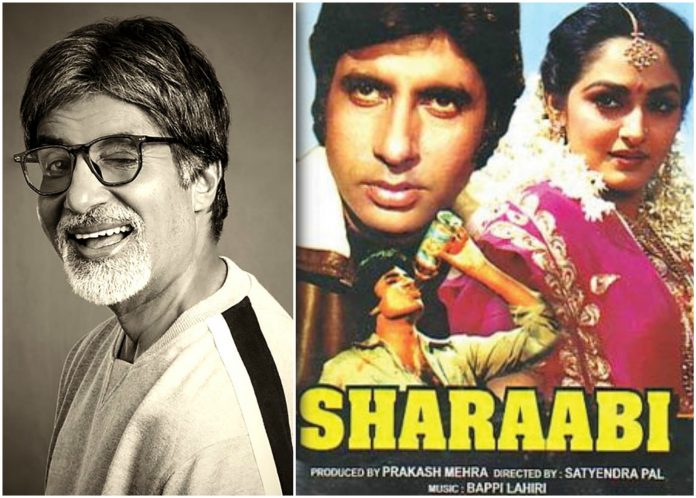 Yet another iconic Hindi movie is set for a remake! Well-known filmmaker Abhishek Kapoor, who recently helmed Kedarnath (2018), is gearing up to remake the Amitabh Bachchan starrer cult film Sharaabi (1984).

According to reports, the movie will be a comic drama about a dysfunctional alcoholic. The makers are presently busy locking actors for it. Well, we are eager to know who will play Mr Bachchan’s part in it.

The remake will be bankrolled by Bhushan Kumar and Abhishek Kapoor’s wife Pragya Kapoor. The team is planning to kick-start the shoot very soon.

“Bhushanji and I have been talking of collaboration for quite some time now. We wanted it to be special. Sharaabi will be the right concoction of comedy, drama and music to build this association,” said director Abhishek Kapoor.

Producer Pragya Kapoor added, “We are currently in talks for the casting but it’s too soon to talk about it. A formal announcement will be made soon and it’s definitely going be special because it’s a titular role.”