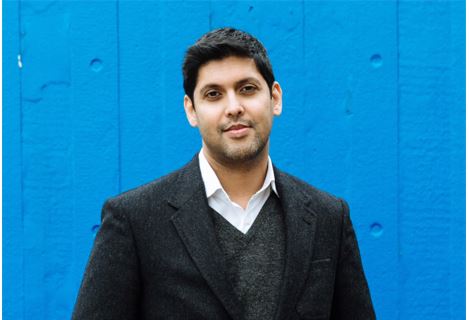 NO BRITISH ASIAN author in recent years has had as much success as Abir Mukherjee, who began in 2013 by submitting 5,000 words to a Daily Telegraph novel writing competition – and has just published his fifth detective thriller, The Shadows of Men.

Mukherjee’s books, which have been translated into 15 languages, have sold so well that his publishers have made it possible for him to give up his day job as a chartered accountant. He has become more or less a full-time writer who lives in Guildford with his wife and two children.

Time has passed quickly since he was called in 2014 and was told that out of 427 submissions to the Daily Telegraph for a thriller writing competition with an international twist, the judges decided unanimously that his was the winning entry. 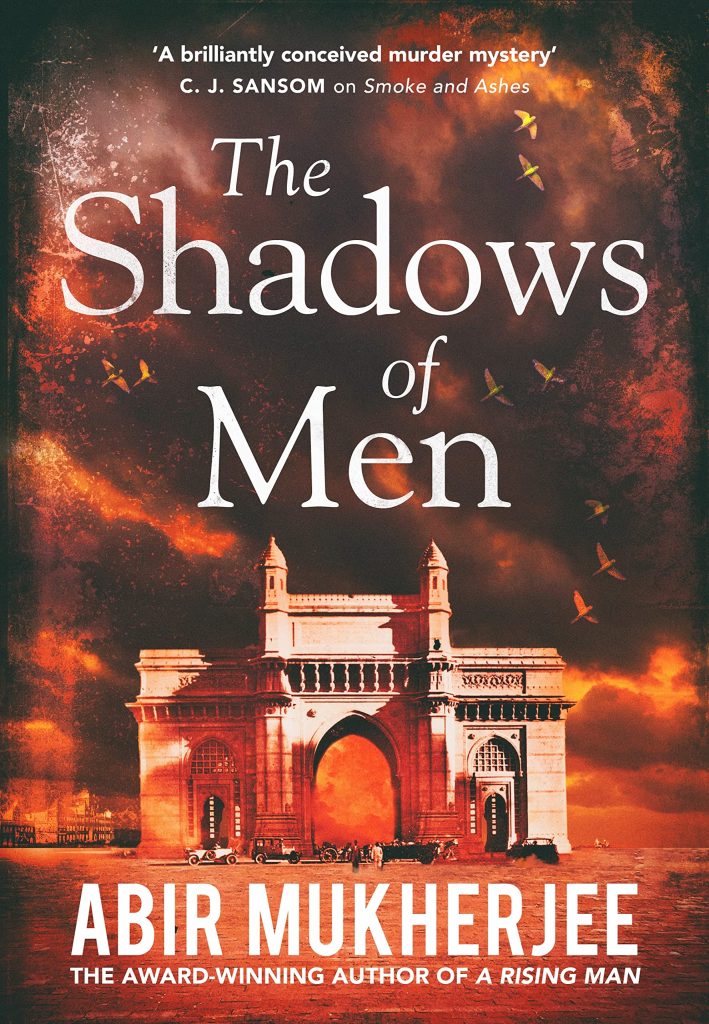 He created two characters, Captain Sam Wyndham, and his sidekick, Sergeant Surendranath Banerjee, who go about solving murders in Calcutta (now Kolkata). But the crimes are committed in an India still ruled by the British.

Surendranath is often disparagingly called “Surrender-Not” by his British superiors in the Imperial Police.

Mukherjee’s first novel, A Rising Man, set in 1919, came out in 2016. Wyndham,
an ex-copper from the East End of London who had spent three years in the trenches and has an opium habit, is in his early 30s, while the Cambridge-educated Banerjee is “27 or 28”.

The author intends to take the pair right through to 1947, the year of independence. But he hasn’t quite decided how he will develop the relationship between Wyndham and Annie Grant, an attractive Anglo-Indian woman who has so far been unattainable.

Readers all over the world have taken to the Wyndham-Banerjee pairing, which is likely to end up on the screen at some point. What makes their detective work even more gripping is that the crimes are set against the background of tumultuous historical events taking place in an India fighting for its freedom.

Mukherjee’s debut novel has been followed by A Necessary Evil set in 1920; Smoke and Ashes in 1921; Death in the East in 1922; and the latest, The Shadows of Men, set against the background of communal clashes after the murder of a Hindu theologian, in 1923. In order to get to 1947, he may jump some years. The sixth might be set in 1925, for example.

Central to the novels is the developing friendship – and “the dialogue” – between Wyndham and Banerjee.

“For people like me, we have an Indian side, and we have a British side and they live together, sometimes in harmony, sometimes not in harmony,” admitted Mukherjee.

“In that respect, Suren and Sam come as a package. It’s difficult for me to write of one without the other. The dialogue they have is the internal dialogue that goes on in my head. I call it cultural schizophrenia, the two sides to my personality having that debate.” 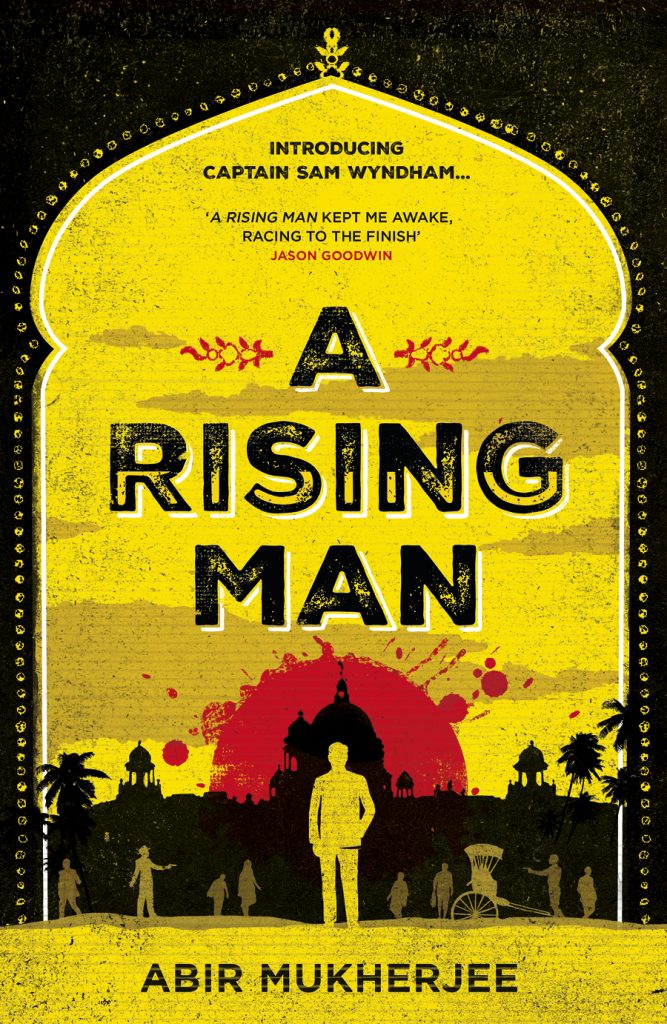 Mukherjee told Eastern Eye that in order to avoid becoming a “one-trick pony”,
he is currently working on the first of two stand-alone novels which will be published in 2023.

All he will say about the plot is: “It’s a book that starts off in the UK and moves to America. It’s a thriller set in the present day. It’s actually set in 2024 in the run up to the American presidential elections and deals with radicalisation. It has a British Bangladeshi man and an American woman searching for their kids. It’s really a look at radicalisation and polarisation. It’s a meditation on the sort of death of the American dream or the Western dream for too many people.”

Mukherjee has worked in real figures from history into the Wyndham-Banerjee tales. The best known of them is Subhas Chandra Bose, who is in his 20s when he makes a brief appearance in The Shadows of Men. Bose is the man who later becomes Netaji, founder of the Indian National Army. But in his fictional account, Mukherjee makes it clear that Bose will not play the communal card to gain power. This is because he feels the Hinduvta movement in India is currently rewriting history in order to claim that many important figures from the past believed in a “Hindu first” agenda.

Mukherjee explained he is “not giving a lecture” but using his influence as an author to ensure that Indian history is not twisted to give a false interpretation of what leaders from the past really stood for.

His views on this issue are quite trenchant: “The subtext is about what’s going on in India right now and the continued rise of Hindu nationalism, embodied by the current government, and my views as to how divisive that is. And so that’s why this book deals with the subject matter that it does.

“The reason I include Bose is because I think from the last time I was in India (in 2018-2019), the Hindu nationalists were trying to co-opt historical figures like Bose or Swami Vivekananda, into their view of India, whereas, these people didn’t have that view. They were not just about Hindu nationalism. They were pan-Indian nationalists, they were secular.”

The Shadows of Men “is written with more of a mind to an Indian audience than any of my previous books. And it’s one reason why I wanted to bring in Bose. He doesn’t play a big part in this book. But it’s a stake in the ground, it’s my stake in the ground saying, ‘Look, this is the Bose of the history I have been taught. And this is the Bose that I believe in. This is not the Bose that you
are trying to coopt.’ And it’s for people like me to say, ‘This far and no further,’ if we can. Bose plays a symbolic role in that one scene he is in. His views are incompatible with the right wing, ‘Hindu first’ views of some of the other characters in the book.”

Mukherjee was born in London on January 5, 1974, to Bengali parents, Satyendranath and Suchitra Mukherjee, who had come from then Calcutta. He grew up in Scotland and considers himself to be a “Scottish Bengali”.

He credits his love of the English language to Alan Simon, his teacher at his school in Hamilton, with whom he remains in touch. But in a “discursive essay” about the Bengal Famine of 1942-43, he was marked down when he reflected some of the experiences of his father who had been 15 at the time.

Mukherjee recalled: “I got a C-minus rather than an A, which I had been expecting. And part of that was because my teacher had not heard of the Bengal Famine and was rather unwilling to accept the sort of conclusion I was reaching. I’m still in touch with him, he’s a lovely man. We get on really well. But that was one occasion that set the tone for what I would be writing 20 or 30 years later.” 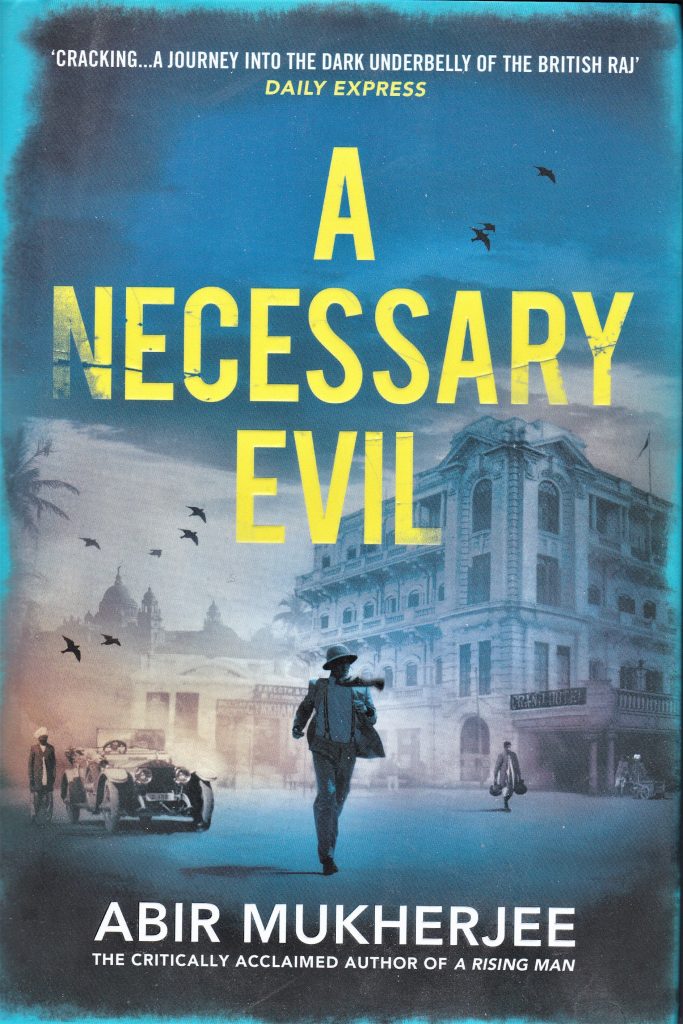 In fact, Mukherjee has decided that when he reaches 1942, the novel will be
set against the background of the Bengal Famine, in which between two and three million Indians starved to death. There are those who hold British leader Sir Winston Churchill responsible for either aggravating the effects of the famine or not lifting a finger to help the dying.

“I’ve started my research on the Bengal Famine,” he said. “But with a topic like that, I wouldn’t tackle it until I was completely on top of the subject matter to my own satisfaction. But again, it’s a story that has stuck with me since my days at school.”

The Shadows of Men by Abir Mukherjee is published by Harvil Secker. Hardback £12.9