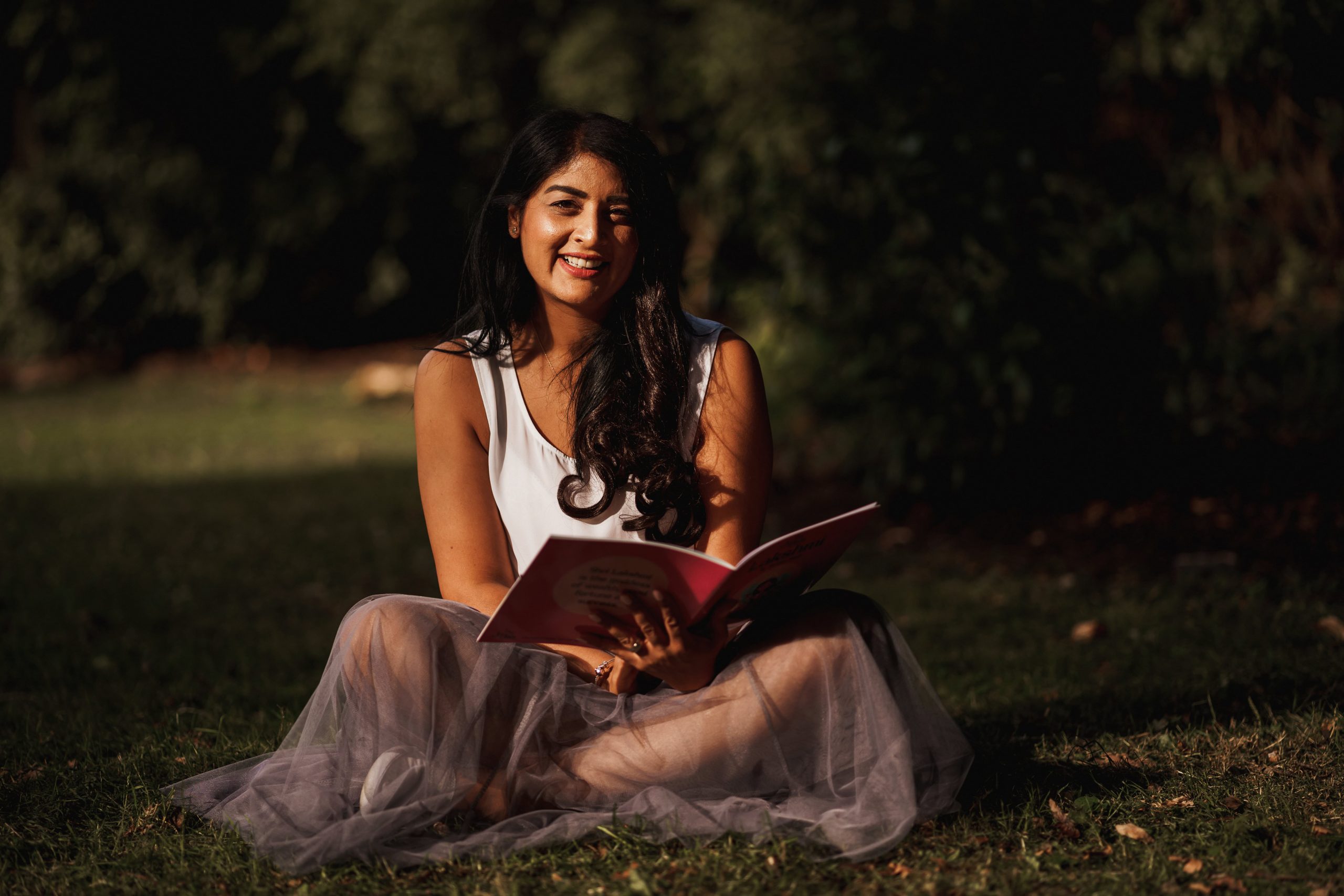 THE JAI JAIS is a unique collection of children’s books that skilfully combine Hindu mythology, storytelling, and colourful illustrations.

The books written by British author Sunita Shah have engaged young readers, but also connected them to the older generation and inspiring stories from religious scriptures. The 21st book in the series is 10 Avatars of Vishnu, which presents another ancient story from Hinduism in a modern and engaging way. This is the latest chapter in a journey that started in 2015 with the book Ganesh and has since turned into a vast portfolio that now also includes artwork, puzzles, mindfulness materials and a series for babies. The talented author has been humbled by the fact that children, as well as adults, have been educated by her books and admits to evolving her own knowledge through writing them.

Eastern Eye caught up with Sunita Shah to discuss her new books, connecting children to stories rooted in spirituality and inspirations.

Have you learned anything new writing these books?
Hindu dharma can be so complex, but as a speech and language therapist, early intervention and learning and engaging children early is key. I learned to write about the origins of gods and goddesses, their stories, symbolism, and why certain rituals are used. I love blending ancient rituals with scientific reasons behind the practices and how they have evolved to the present day. Also reading about how scriptures and ancient stories were told is mind-blowing.

Tell us about The 10 Avatars of Vishnu, which is part of your legend series?
Whenever Dharma – that is law and order in the world – is endangered, Vishnu changes into another form called an avatar so he can protect the goodies and destroy baddies, and demons. This is also known as incarnation. So, the balance between good and evil is restored. It is believed that Vishnu had 10 avatars or forms, the most popular being Rama and Krishna. Vishnu is yet to appear in his tenth incarnation, which is believed to arrive when the world will be on the brink of complete chaos.

How does this compare to the others in the series?
What I love about our books is that we have tailored them to grow as the children grow. From our baby series, an introductory series, festivals collection and the legends series, the books are for babies and beyond. Our illustrator James Balance is a magician when it comes to creating images that match the ages and stages of the child. Our Vishnu book is an addition to the legends series, where we have The Ramayana and The Hanuman Chalisa for Children. These books are more complex and detailed, modernising the ancient stories from the scriptures, bringing them alive for more experienced readers to enjoy.

What are the key lessons of this book?
Each avatar has its own story – the fight of good over evil, hope, determination, and belief. For example, Vishnu’s first avatar Matsya, which is a fish, symbolises creation. The Kurma or tortoise is the symbol of balance between good and evil. Varaha or wild boar symbolises the force. Narsimha, as the name suggests, was half lion and half human, and was a symbol of wit and cleverness. Vamana teaches us that one cannot have each and everything in life, we have limitations. Parasurama shows we can overcome our oppressors. Rama is honourable and brave. Krishna teaches us not to be confused when it comes to the question of performing duty, and to maintain focus and have fun. Buddha preaches the idea of loving each other without prejudice. Kalki gives us hope for the future to stay true and keep faith. 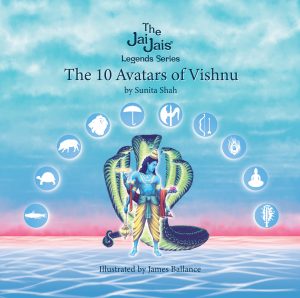 Does the success of the other books put pressure on you?
I always get nervous when a book is released as there is so much work behind
the scenes, but I love the entire journey. I love to share things I learn and give families a resource to teach their children, which is what I am so passionate about and making sure these stories live on through generations with our religion, culture, and rituals.

The books help children, but have they helped you in any way?
This journey has been one of growth and knowledge and understanding of Hinduism, Dharma, rituals, and symbolism.

What can we expect next from you?
We want to continue our journey to bring more stories and information to children on Hindu deities in an enchanting way. Children and families have fallen in love with our iconography of the deities, and we have developed art, puzzles and products for them to bring The Jai Jais into their home. We want to bring children’s stories and products that they can pass on to the next generation. We also have The Jai Jais app on android and Apple, which has a Hindu calendar, flash cards and a free Ganesh book. I would like to create some games for children too.

Tell us about the impact of your The Jai Jais books?
The amazing aspect of creating The Jai Jais is the wonderful testimonials that I have received from parents and children. It has been magical how they have brought The Jai Jais into their home and hearts, and knowing my creation is making our children engage with our religion. The stories and symbolism are being kept alive in a fun, modern and vibrant form. Children are understanding the meaning behind rituals, symbols, and festivals.

You must be happy that your children’s books have bridged the gap between generations?
Children are now having something in common to share with their grandparents and great grandparents. It was a life changing moment seeing my 100-year-old grandfather sit with my son for hours reading the books, laughing, playing, chatting, and even doing some acting. Children are learning about Hinduism and relating to the qualities of the gods. I never imagined the impact of what I created. It has changed my life, to want to answer the ‘why’ and ‘what’ questions children and adults have about certain rituals, stories and practices that are so ancient, but have such powerful meanings and symbols.

What inspires you as a writer?
Growing up as a child, I was such a bookworm. Our house is still full of books. Storytime, especially at bedtime, is still treasured with my boys, aged eight and four years. They love mummy’s make up stories. From the time they were very young, I would make up stories from what my grandfather and mother taught me, but it was never enough. My old books would scare my young son. That is when I decided to write my own. I wanted to develop books which were suitable for his age, with relatable and age-appropriate images. So, stories inspire me.