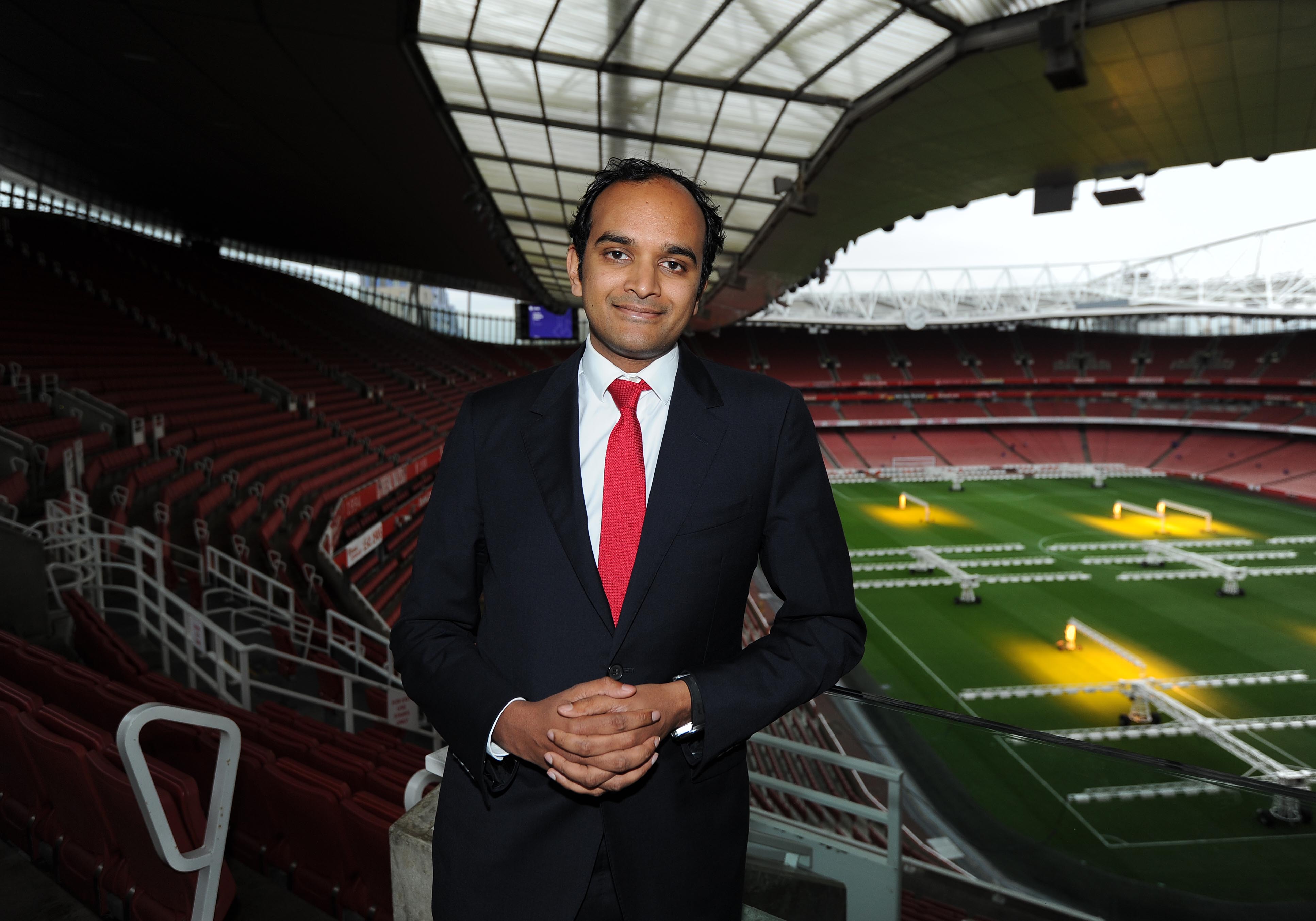 WHEN the GG2 Power List interviewed Venkatesham Venkatesham last year, rain was streaking the window of his office in the marketing department over which, as Arsenal chief commercial officer, he presided.

This year’s re-match was in the original boardroom, lovingly transferred panel by panel from Highbury to the Emirates, and Venkatesham had been promoted, elevated upwards metaphorically at least (“I haven’t gone up a floor, I’ve stayed exactly where I am”) as managing director of Arsenal Football Club.

The announcement of his new position last September came hot on the heels of Arsène Wenger’s substitution after 22 years and CEO Ivan Gazidis’s anticipatory hop to the San Siro in Milan.

Venkatesham’s news made it into his profile minutes before the 2019 GG2 Power List went to press, but there had been no chance to talk about his fresh and unexpected role.

The promotion was a surprise not least because there had previously been no such position at Arsenal. Arsène had been a manager with wide powers and responsibilities, and Gazidis had been in charge on the business side, under the shareholders on the board. The new model has changed all that, along with ownership of Arsenal Holdings plc, which last August became the wholly-owned vehicle of American father-and-son team Stan and Josh Kroenke.

Venkatesham appeared relaxed and assured as he outlined the new tripartite management model on a sunny day in July.

“Effectively Raúl [Sanllehí, who joined Arsenal in February 2018 from FC Barcelona as director of football relations] and I are peers and we run the club together,” explained Venkatesham.