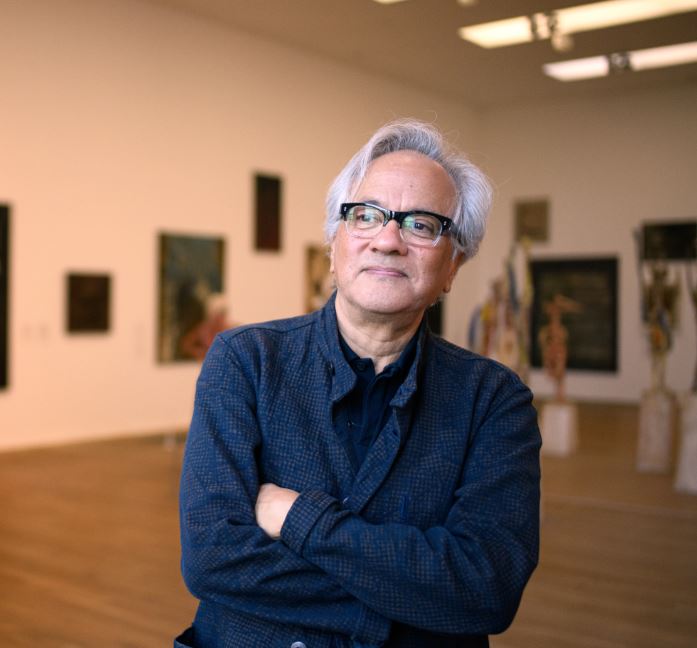 PERHAPS no other figure has quite the same level of public recognition as Anish Kapoor ( – some might suggest fellow knight David Hockney but he is considerably older).

That is something of a testament not only to his work as a sculptor and creator, but his general persona too.

A supporter of many a liberal cause, he often attracts opprobrium from those who detest British figures who are creative, critical and not necessarily by obvious design, very rich too.

He is the only artist of this type to appear in our sister publication, the Eastern Eye Asian Rich List.

But wealth alone is no indicator of power and public standing – as we well know producing that publication and this one.

Since his Turner Prize win in 1991, he has gone onto become one of the great global artists of his generation and the quality and scale and range of his work surely exhibit this.

There is the ArcelorMittal Orbit, built for the 2012 London Olympics: it still has a majestic presence in the Olympic Park and along with its added slide remains one of the most popular tourist attractions for those visiting London. Kapoor had announced his reluctance about the addition of the slide – but with the structure still in debt, funds are still required and putting on a slide has helped.

In Chicago, there is Cloud Gate, which is the centrepiece of the AT&T Plaza in Millennium Park there. Created over two years and completed in 2006, it is known colloquially as ‘the bean’, such is its shape. Kapoor himself refers to it as Cloud Gate but is reportedly not as opposed to the popular reference as he was when it was first completed.