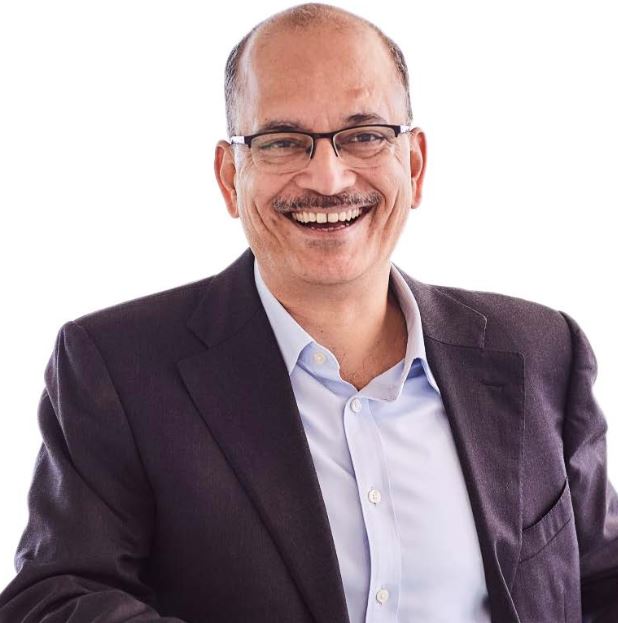 PLUCKED from near obscurity to one of the biggest corporate jobs in India, Nitin Paranjpe could not believe his ears when he was appointed CEO of Hindustan Unilever (HU).

It could not have come at a more inopportune time. A regional sales manager at the time, he was in a small village in Bihar state selling soap and soup, two of the company’s biggest staples, to a local wholesaler when the call from head office came. As he leans back in his executive chair in a corner office on the sixth floor of the imposing Unilever HQ in Blackfriars, London, Paranjpe, now the group’s chief operating officer, fondly recalls the incident with a broad smile.

“It was like a scene from a movie,” Paranjpe recalls. “I had gone to Bihar on a company visit. I was sitting in a wholesaler’s shop when someone came running over and said that I needed to come back to the office.”

Paranjpe had no idea what the call was about and was told very little when he made contact. “He (the person in the office) said you need to come back (to Mumbai). I said there’s no flight – until next morning. He just said, ‘make an effort.’”

Resilience and quick-thinking are good qualities in any leader, and it is a sign that Paranjpe possesses these qualities, as he managed to make it to Mumbai for a formal meeting at 8am with Unilever bosses. Weary-eyed, he met the head of the region and the CEO of HU and was told he was not only taking over HU but was responsible now for the company in all its territories across South Asia.

“I was elated, I was excited but it happened out of the blue,” he says.

As Unilever’s COO, he’s effectively the number two after CEO Alan Jope, running one of the world’s largest consumer goods companies with annual revenues in excess of €51bn. The Anglo-Dutch giant makes food, hygiene and personal care products that are household staples around the world: Axe, Dove, Knorr, Lipton and Magnum are just a few of their billion dollar brands. The company employs over 155,000 people worldwide.

Paranjpe’s appointment in 2008 as the youngest ever CEO of HU was not without its problems. Paranpje was nervous and had lots of internal questions (how could he manage his peers and those considerably older than himself – India is a very hierarchical society and you have to show deference to those older, whatever their qualities or deficiencies and how could he follow in the footsteps of some corporate giants).

“But I am not a guy who has doubts, I’m saying I’m not low on belief,” he states.

But then the global crash hit just six months into his role – and though India was spared the very worst, the whole economy was on a downward spiral. He believes experience gave him the tools to cope – and Hindustan Unilever did more than survive – he managed to raise profits from 2,504.41 crore (£2.8 billion in today’s rates) to 3,828.08 crore (£4.4bn) between 2008-2013.

He tells the GG2 Power List that in 2002-2003, he had gone through an extremely difficult time.

He had tried everything and it wasn’t working.

He translated that experience to leading the company through the crash and also cites an important encounter with Indian management guru, Professor CK Prahlad. The professor asked Paranpje what a company needs to be a greater company. After some josling Prahlad wrote the letters ‘A’ and ‘R’ on a flip chart. The professor went onto explain that when A is less than or equal to R, that is a manager; when A is substantially greater than R, that is an entrepreneur.

A stands for ambition and R for resource. Paranpje takes up the story: “Managers are taught to manage resources. If I give you more budget, deliver more target. You reduce my budget, reduce my target. That’s a managerial mindset. But there’s no entrepreneur in the world who behaves that way.

“An entrepreneur may have a penny in his pocket, but aims of going to the moon. And he never drops his ambition. And it is this mismatch between the ambition and resource that an entrepreneur is comfortable retaining in the mind and he doesn’t feel threatened. And that mismatch forces creativity and innovation,” he adds.

That was Paranpje’s first lesson but he didn’t need to recall the lesson until some eight years later at the time of the world financial crisis. Paranpje gathered his senior team and set an audacious target to increase the number of outlets selling Unilever products to 500,000 in a single year. Each year the company was adding around 20-30,000 outlets and the bigger the number the bigger was the group’s sales reach.

Paranpje created a purpose and vision that people were inspired to follow. He removed the fear of failure and ignited an entrepreneurial spark that encouraged innovation and out of the box thinking.

“Everyone comes every day wanting to be a hero,” he says, “but we also created the conditions that people can do heroic things.

“Whether you like it or not you have to create a conscious mismatch between ambition and resource, because in the absence of that, we are not giving people the opportunity to do heroic things,” he adds.

The team not only met Paranpje’s bold target but each year an audacious goal was set and invariably met.

Paranjpe is a passionate advocate of businesses having a purpose, beyond the profit motive. Businesses exist to serve – society needs something, so you make it. He says businesses should have a ‘moral quotient’.

In recent times, the company has made great progress – its turnover in 2018 was €51bn (£45bn); its sales in emerging markets grew by five per cent with sales increasing by 3.1 per cent. Nearly two million women workers have been empowered through programmes in developing countries and across the company, nearly 49 per cent of its managers are women.

Paranjpe has a mechanical engineering degree from Pune and then completed an MBA in India. He joined Unilever as a management trainee in 1982 and held a variety of positions before being made the country CEO.

His own origins are modest and humble – his father was a principled Indian Administrative Service (IAS) officer who went on to become chief secretary to the state of Maharashtra in a long and distinguished career. His mother became a social worker after raising Paranjpe and his two siblings. She set up a charity called Doorstep School. It’s an innovative NGO where the school goes home to teach children who can’t get to school. At 83, Mrs Paranpje still runs the charity which teaches over 40,000 children each year.

Paranjpe has two children, one of whom graduated from the US and now works in India, and a daughter studying at University College London.