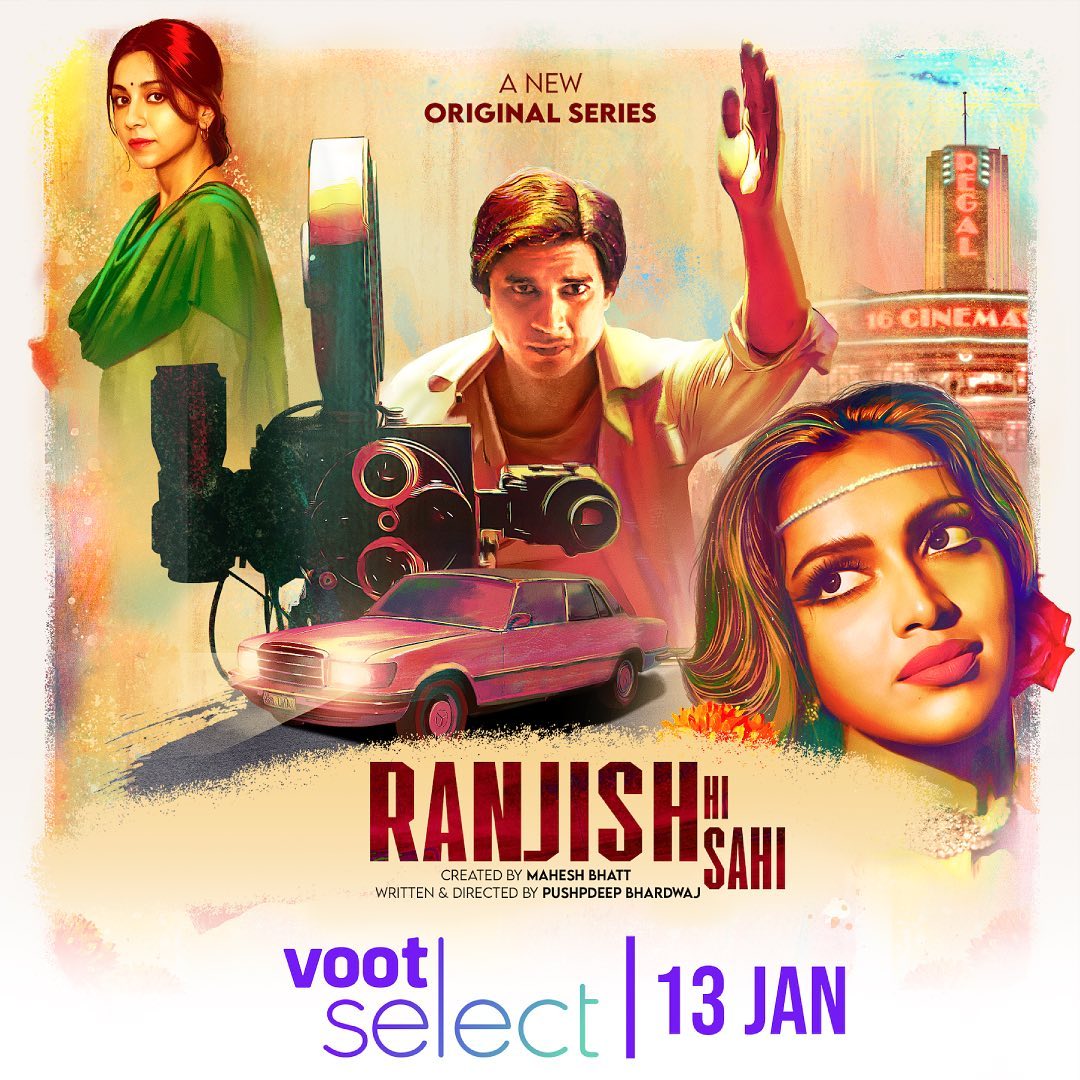 Voot Select has been home to some well-made streaming shows. From Asur to Crackdown and The Gone Game to Illegal, the streaming platform has delivered several high-quality shows over the past few years.

Continuing its tradition of offering premium content to its subscriber, the platform has now launched a new streaming show, titled Ranjish Hi Sahi.

Ever since the makers dropped the official trailer of the series, there was continuous chatter and speculations around the show being based on real-life stories about a well-known Bollywood filmmaker and a diva from the ’70s. Featuring Tahir Bhasin, Amala Paul, and Amrita Puri on the primary cast, Ranjish Hi Sahi is set in the ’70s, the golden era of bell-bottoms and peppy music. It revolves around the lives of Shankar, Amna Parveez, and Anju.

The protagonist Shankar, a fledgling maverick film director gets drawn into an extramarital affair with an eccentric superstar who changes his life forever; his marriage with his first love spirals as he is torn between two worlds.

Here are 5 reasons why Ranjish Hi Sahi is an unmissable watch:

Ranjish Hi Sahi boasts of an incredible cast that includes Tahir Raj Bhasin, Amala Paul, and Amrita Puri. Tahir Raj Bhasin in the role of Shankar, a fledgling filmmaker, delivers a great performance. Amala Paul, who makes her debut in Hindi space, takes up the role of Amna, the eccentric superstar of the ’70s, who Shankar has an extramarital affair. Amrita Puri plays Anju, Shankar’s wife, with perfection.

Known for directing a number of notable films including Arth, Saaransh, Janam, Naam, and Zakhm, Mahesh Bhatt is the creator of Ranjish Hi Sahi. The maverick filmmaker debuts into the digital space with this intriguing 70’s love saga.

The plot is set in the ’70s and traces the life of a maverick film director and an eccentric superstar as they fall for each other, and the former gets into an extramarital affair. The series will take you through the highs and lows of this love story, keeping you hooked from the beginning.

Whether it’s the director’s eye, styling for the actors, language, or soulful music everything in the series will take you back to the golden era of the ’70s. The series promises to take you on a nostalgic ride with each passing scene.

It is a proven fact that music helps you soothe, and no movie or series is complete without soulful music for audiences to tune into. “Tham Sa Gaya”, “Tera Uth Ke”, “O Berhem”, and “Ya Illahi”, are some of the soulful songs which can be witnessed in the 8 episodic – web series. Sung by Javed Ali and Rekha Bharadwaj and composed by Aabhas, Shreyas, and Prasad Sashte, these songs promise to remind you of your loved ones.