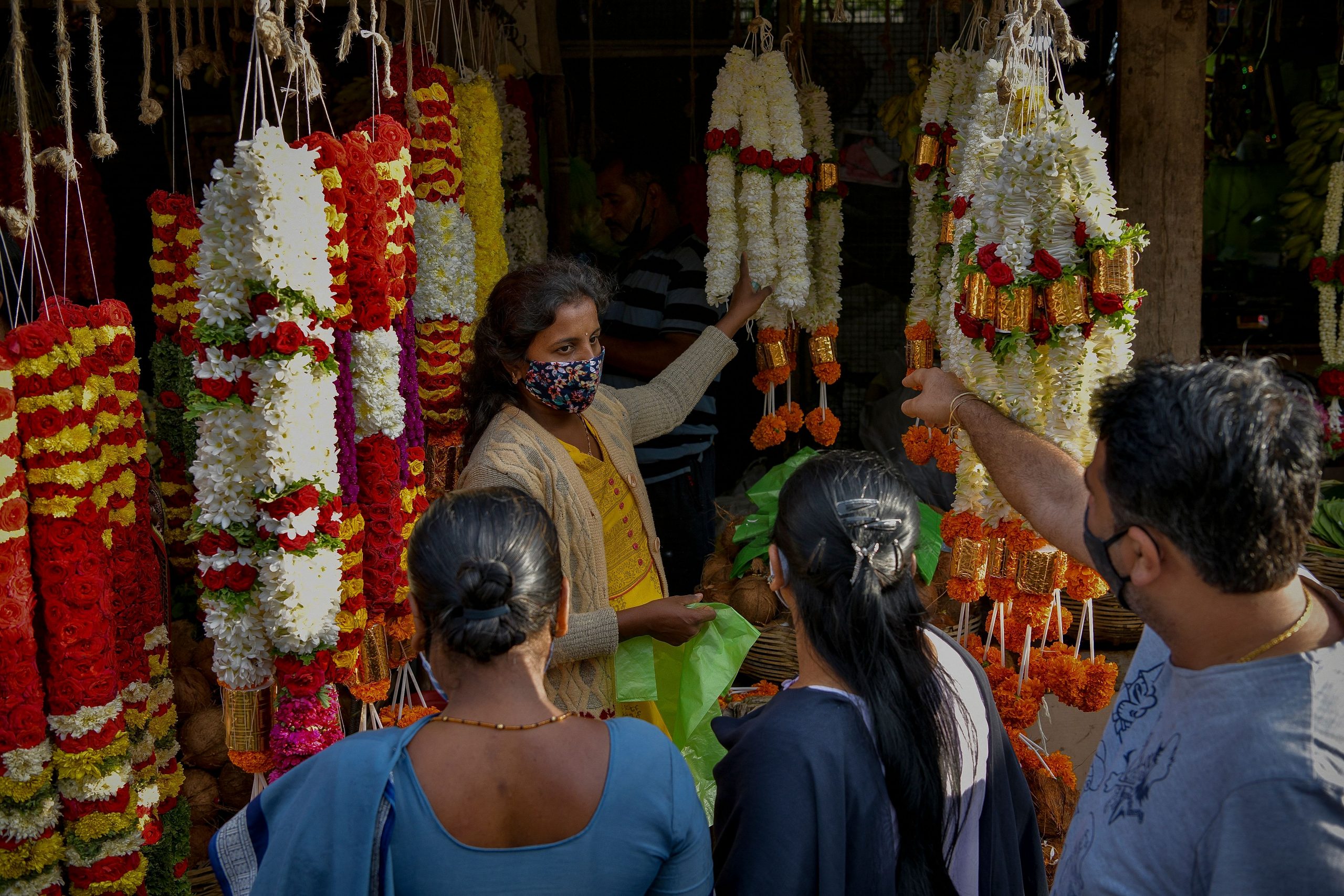 (Photo by MANJUNATH KIRAN/AFP via Getty Images)
Follow Us

On her feet at work for 10 hours each day, Indian shop assistant S. Lakshmi lumbers home at the end of her shift to nurse her aching legs and swollen ankles. But relief may be in sight.

Tamil Nadu became last month the second Indian state to enshrine the “right to sit” for retail staff in law, ordering store owners to provide seating and let employees take the weight off their feet whenever possible during the working day.

“Until now, the only solace during these long shifts would be the 20-minute lunch break and the few seconds we would lean against the shelves to support our aching feet,” said Lakshmi, 40, who has worked in the same clothing store for a decade.

“Even sitting on the floor if there were no customers wasn’t allowed,” she added, asking to use a pseudonym.

India’s fast-growing retail segment is a pillar of the economy – accounting for 10 per cent of gross domestic product (GDP) and 8 per cent of jobs, according to Invest India, the country’s investment promotion arm.

The neighbouring state of Kerala brought in a similar law in 2018 following protests by sales staff in textile shops, and labour rights campaigners said the new legal amendment to protect workers’ health was welcome though overdue.

“This has been a long pending demand,” said M. Dhanalakshmi, Tamil Nadu state convener of the Working Women’s Coordination Committee, a wing of the Centre of Indian Trade Unions.

“From the time they board the bus to get to work until they return home after a 12- or 14-hour shift, they barely sit. There are health issues like varicose veins that they grapple with and work under constant stress. This rule is long overdue.”

“Since the women were not being allowed to sit at work, they held chairs on their heads and walked in protest,” Viji said during a video call, adding that she was “thrilled” about the legal change in Tamil Nadu.

“But the real test is implementation. As a union, we constantly check stores and lodge complaints if (seating) facilities aren’t there. The law has no meaning if it isn’t enforced.”

“We see it as a key welfare measure for workers and will ensure store owners comply,” he told the Thomson Reuters Foundation.

The Retail Association of India, which represents 500,000 stores across the country, could not immediately be reached for comment.

But not being able to sit down is just one of the daily hardships faced by shop workers, union leaders and women’s rights campaigners said.

Shop assistants are often paid less than the minimum wage and forced to work seven days a week. Many complain of being under constant surveillance by managers and facing restrictions to use the bathroom.

“The right to sit was one of the demands that has been met, but there’s a long way to go,” Dhanalakshmi said.

“The battle for fair wages, proper restroom breaks and less surveillance continues. While shop owners justify CCTV cameras saying it prevents thefts by customers, they in fact use it to spy on workers. The atmosphere in stores is stifling,” she said.

Unions in Kerala are demanding curbs on CCTV monitoring of workers, which they say is used to punish workers for talking to colleagues or briefly leaving their posts.

“There are instances when salaries are cut. We’re asking the labour department to regulate the monitoring, reduce the number of cameras and the number of hours a worker is being watched,” Viji said.

At her store in the town of Avinashi in Tamil Nadu, Lakshmi said she doubted the new legislation would make much difference to her working life.

“When there aren’t any customers, we’re folding, sorting and reorganising shelves,” she said.

“The managers are very, very strict … They make sure we’re on our toes, so even if the chairs do arrive, I don’t know if I’ll actually be able to sit during work hours.”