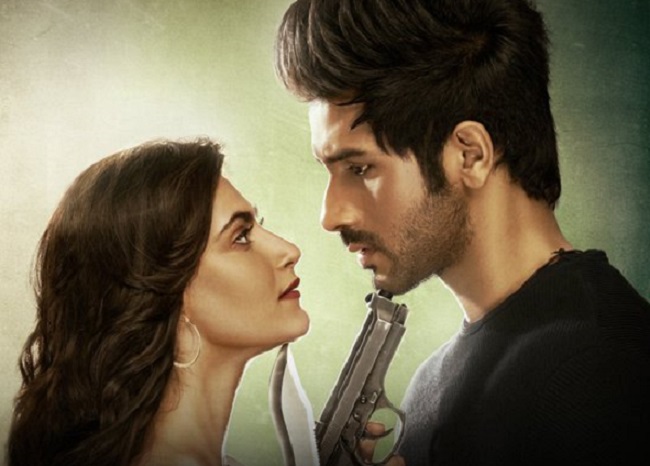 It is very difficult to make a film which has romance, drama, and thriller with a backdrop of revenge in it. But we finally have a film that offers all these things on the big screen. We are talking about Cherag Ruparel’s Yeh Saali Aashiqui which marks the debut of Vardhan Puri (Amrish Puri’s grandson) and Shivaleeka Oberoi.

Yeh Saali Aashiqui starts as a very cute love story between Sahil (Vardhan) and Meeti (Shivaleeka). They are studying in a hospitality college and fall in love with each other. But soon, a twist takes place and we are left surprised.

The story of Yeh Saali Aashiqui is surely something new. We might have seen many revenge-thrillers in Bollywood, but here the story and the screenplay is very interesting. At some point, you might feel that the story is predictable, but the way it has been narrated, it keeps us hooked to the screens.

The movie is written by Vardhan Puri and Cherag Ruparel and the two have come up with an interesting film. We would like to point out that some dialogues in the film are very relatable especially for men. Ruparel also makes his directorial debut with this one and he has done a good job here.

Vardhan Puri is the grandson of Amrish Puri, so, we are sure he had a lot of pressure to deliver a good performance. Well, he is damn good in the film and in the second half, he is just wow. Shivaleeka Oberoi is one of the best debutantes of recent times. She is amazing in the film and deserves Best Debut awards for her performance. Ruslaan Mumtaz is fine in his extended cameo.

Overall, Yeh Saali Aashiqui is a good revenge-thriller with a lot of twists and turns and interesting storyline.

P.S. One of the scenes in the film will remind you of Amrish Puri and that scene is one of the highlights of the movie.

Sports
Tendulkar thanks Modi for citing his example to students