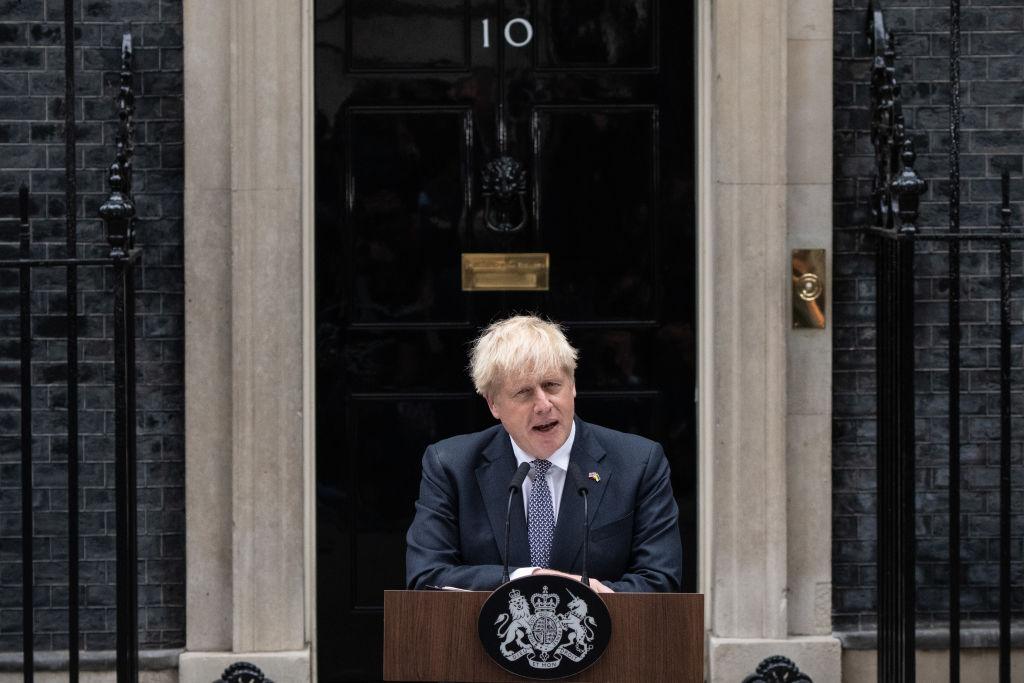 UK Prime Minister Boris Johnson addresses the nation as he announces his resignation outside 10 Downing Street on July 7, 2022 in London, England. (Photo by Carl Court/Getty Images)
Follow Us

British Prime Minister Boris Johnson’s decision on Thursday to step down as leader of his Conservative Party, paving the way for a new premier to take over, drew a spectrum of reactions from leaders worldwide.

Johnson, who quit as Tory leader following a series of scandals and an exodus of cabinet ministers, divided opinion on the world stage, eliciting strong reactions from many countries and their leaders.

Here are the main ones:

United States
The United States said it would continue its “close cooperation” with Britain including their joint support for Ukraine against Russian aggression, US President Joe Biden said.

“The United Kingdom and the United States are the closest of friends and allies, and the special relationship between our people remains strong and enduring,” Biden said in a statement.

“I look forward to continuing our close cooperation with the government of the United Kingdom,” he added, including “maintaining a strong and united approach to supporting the people of Ukraine as they defend themselves against Putin’s brutal war on their democracy, and holding Russia accountable for its actions.”

European Union
After years of tense relations with Britain, the EU saw the hope of improved ties following the resignation of Brexit champion Johnson, though wariness lingered.

While the European Commission publicly dodged commenting about the political upheaval in the UK, others in Brussels’ orbit let loose.

“The departure of Boris Johnson opens a new page in relations with Britain,” Michel Barnier, the former top EU negotiator for Brexit, tweeted.

“May it be more constructive, more respectful of commitments made, in particular regarding peace and stability in Northern Ireland, and more friendly with partners in the EU. Because there’s so much more to be done together.”

“We all welcome this news with sadness. Not only me but also all of Ukrainian society which sympathises with you a lot,” the presidency quoted Zelensky as saying, reiterating how grateful Ukrainians were for the British prime minister’s support since the Russian invasion.

Johnson has been seen as one of Ukraine’s most vocal and fervent supporters in the West.

Ireland
Irish premier Micheal Martin said that Boris Johnson’s decision to step down was “an opportunity” to reset fraught relations.

Martin added ties between Dublin and London had been “strained and challenged in recent times”, not least because of clashes over special post-Brexit trade arrangements in British-run Northern Ireland.

“We have now an opportunity to return to the true spirit of partnership and mutual respect that is needed to underpin the gains of the Good Friday Agreement,” Martin said in a statement.

The 1998 peace accords ended decades of bloodshed over British rule in Northern Ireland but have been increasingly strained by Brexit.

Russia
The Kremlin said it hoped that “more professional people” would come to power in Britain.

“We would like to hope that someday in Great Britain more professional people who can make decisions through dialogue will come to power,” Kremlin spokesman Dmitry Peskov said. “But at the moment there is little hope for that.”

India
The ministry of external affairs (MEA) on Thursday called it an ‘internal development’ of the UK and refused to comment on the coming leadership change.