Why statues should fall – or not 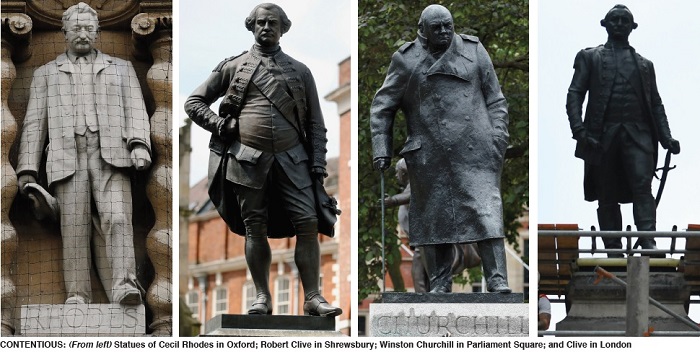 Critics say Churchill must fall because he opposed Indian independence, insulted Mahatma Gandhi and aggravated the effects of the Bengal Famine in 1943; Gen Smuts harassed Gandhi in South Africa; Clive ushered in the cruelty of British rule in India; Mountbatten, the last viceroy of India, presided over the partition of the country in 1947; and generals Havelock and Neill were responsible for the slaugh­ter of Indians during the 1857 sepoy uprising.

A statue in Woodhouse Moor Park in Leeds of Queen Victoria, who was “Empress of India”, had “Black Lives Matter”, “BLM” and “Slave Owner” spray painted on it.

There is now a hit list of some 80 statues drawn up either by BLM or which appears on a website, “Top­ple the Racists”, with an invitation to members of the public to add to that number.

There has been a campaign over the last couple of years to remove the statue of the “imperialist” Cecil Rhodes from the front of Oriel College, Oxford, but it has been given new life by BLM.

But many people from India as well as the US have also been Rhodes scholars. One of them, Devi Shrid­har, professor of Global Public Health at Edinburgh University, was pressed on this apparent hypocrisy when she appeared on BBC Radio 4’s Question Time last Friday (12).

The first question was posed by Helena in Ashford in Kent: “We have to confront our history in order to understand and learn from it. To erase it would make this impossible. What does the panel think?”

“I would agree with that,” said Shridhar. “We need to confront history, but we also need to acknowledge the pain it causes to certain communities. This ques­tion has come in relation to statues. There needs to be a real discussion with communities of whether the statues remain, whether they are put in muse­ums or whether there are plaques put which actually explain the history.”

The presenter Chris Mason asked: “So, was it wrong that Edward Colston’s statue was ripped off its plinth in Bristol and thrown into the water?”

Devi replied: “I struggle with this because it should have been dealt with earlier. If you looked at the world in other countries, statues were removed ahead of time. We have seen an absence of listening to communities that feel disenfranchised, which feel they have been targeted and not listened to and so it’s too simplistic just to say it’s right or it’s wrong. We have to look at why people are doing this and engage with them.

“The best thing to do would be to put them into a museum and to perhaps replace them with other figures that are less controversial or cause less pain.”

Mason got to the nub of it: “What about Cecil Rhodes? You were a Rhodes scholar in Oxford, weren’t you, and there have been protests about the statue of Cecil Rhodes at Oriel College, critics saying he was a white supremacist steeped in colonialism and racism. Your thoughts on taking that scholarship and also the future of that statue?”

Shridhar admitted: “That’s a really hard one be­cause I am so grateful for the scholarship being there… because Rhodes scholarships often go to people who otherwise often wouldn’t have the op­portunity to study at Oxford… it was kind of like winning a lottery to be able to have that and it changed life and many other people’s lives..… At the same time, it was very strange to be there at din­ner and be toasting the Queen and the founder Cecil Rhodes, knowing that history, so I think it’s right to remove the statue and put it into a museum. It’s part of Oxford’s history, part of the world’s his­tory but it doesn’t need to be showcased either.”

Mason was not yet done: “Did you raise a glass to him?”

Shridhar answered: “I probably raised way too many glasses to him at that time in my life.”

Mason let her off with a little joke: “Admirable honesty about student drinking.”

On Robert Clive, whose conquest of Bengal con­solidated the power of the East India Company and established British rule in India, there has been a lively debate between historians William Dalrymple and Zareer Masani.

Shropshire Council are to discuss whether Clive’s statue in Shrewsbury market square should be re­moved, while that dominating the steps leading to the Foreign & Commonwealth Office in London is also at risk.

Dalrymple’s piece in the Guardian was headlined: “Robert Clive was a vicious asset-stripper. His statue has no place on Whitehall. Honouring the man once known as Lord Vulture is a testament to British igno­rance of our imperial past.”

Dalrymple, who was plugging the line he had tak­en in his book, The Anarchy: The Relentless Rise of the East India Company, argued: “Today Clive’s statue stands outside the Foreign Office at the very centre of British government, just behind Downing Street. Yet clearly this is not a man we should be honouring to­day. If at the time many thought the statue should never have been erected, now, as we stand at this crucial crossroads after the toppling of Edward Colston, the moment has definitely come for it to be sent to a museum. There it can be used to instruct future generations about the darkest chapters of the British past.”

Dalrymple added: “In Britain, study of the empire is still largely absent from the history curricu­lum…. In particular our mis­placed nostalgia for our imperi­al past is encouraging us to over­play our Brexit hand. Contrary to fantasies of Brexiters, our former colonies are not about to warmly em­brace us.”

Masani countered by defend­ing Clive, adopting some arguments used by the eminent author Nirad C Chaudhuri in his 1975 biography, Clive of India, de­scribed as “the greatest British figure in the history of British India”.

Masani’s arti­cle in The Times, “Why Clive of India’s statue must not fall”, began by pointing out “the reality of the man who founded Britain’s Indian empire is more complex and tragic than to­day’s mob would have you believe”.

Clive had been “labelled a murderer, plunderer, even social psychopath by Black Lives Matter” but “historical reality was rather different”.

“His personal share of war booty amounted to £234,000 at the time, a pittance compared with the looting being carried out by successive waves of Persians, Afghans and Marathas. Clive was never cruel to his enemies, contrary to the prevailing Indian fashion for everything from impalement to firing people from cannon.”

Masani added that “a parliamentary committee exonerated him of most accusa­tions and incorporated most of his ideas in the Regulating Act of 1773”. 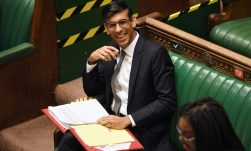 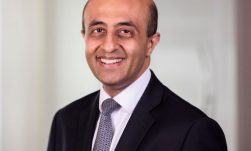 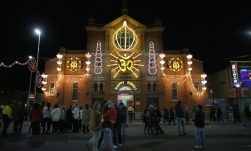