This week, the House of Representatives is scheduled to vote on the Equal Access to Green Cards for Legal Employment (EAGLE) Act of 2022. 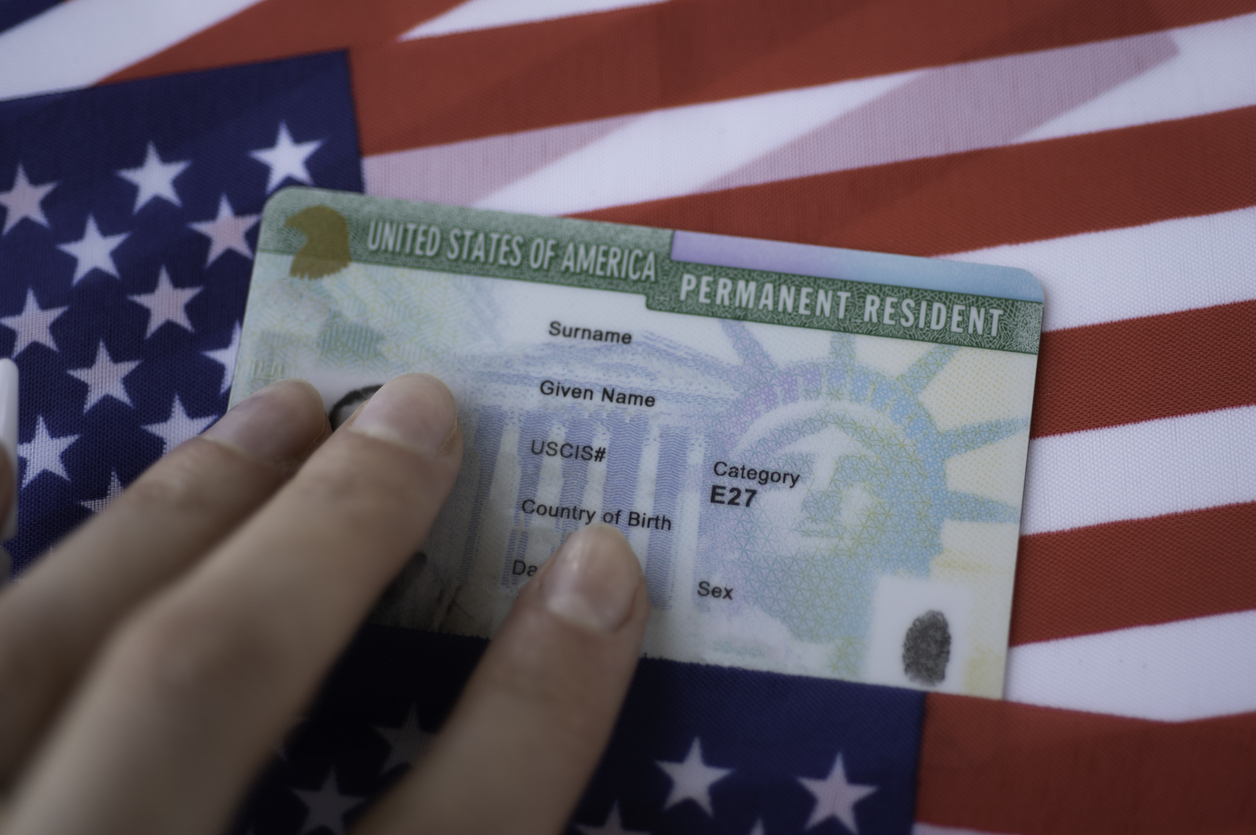 Permanent Resident Green card of United states of America on flag of USA. Above close up view.
Follow Us

The White House has supported Congress to pass legislation that seeks to eliminate the per-country quota on green cards to allow US employers to focus on hiring people based on merit, not their birthplace, a bill if passed would benefit several hundreds of thousands of immigrants specially Indian-Americans.

A Green Card, known officially as a Permanent Resident Card, is a document issued to immigrants to the US as evidence that the bearer has been granted the privilege of residing permanently.

This week, the House of Representatives is scheduled to vote on the Equal Access to Green Cards for Legal Employment (EAGLE) Act of 2022.

Looking for the best San Fransisco concrete paver company? Call us now and get started on your dream project.

The EAGLE Act would eliminate a per-country cap on employment-based green cards— a policy that disproportionately affects Indian immigrants.

If passed, this legislation would phase out the per-country caps over the course of nine years to ensure that eligible immigrants from less populated countries are not excluded as the EAGLE Act is implemented.

“The administration supports efforts to improve our immigrant visa system and ease the harsh effects of the immigrant visa backlog,” the White House said.

“Accordingly, the administration supports the House passage of HR 3648, the Equal Access to Green Cards for Legal Employment (EAGLE) Act, and its goal of allowing US employers to focus on hiring immigrants based on merit, not their birthplace, by eliminating the “per country” limitation on employment-based immigrant visas (green cards),” it said.

These changes would take effect over a nine-year transition period to ensure that no countries are excluded from receiving visas while the per-country caps are phased out.

During the transition period, visas would also be set aside for nurses and physical therapists to address urgent needs in the healthcare industry, and for employment-based immigrants and their family members who are not currently in the United States, the White House said.

“This legislation would be life-changing for hundreds of thousands of immigrants currently stuck in legal limbo as they wait for green cards,” said Neil Makhija, executive director of the Indian American Impact.

The per-country cap on green cards is a relic of a discriminatory system that excluded Asian immigrants entirely in the past, he said.

“The caps were enacted decades ago and do not reflect our country’s values. It is time for Congress to act and provide fair and equitable treatment to so many immigrants who call this country home,” Makhija said.

The bill among other things also includes important provisions to allow individuals who have been waiting in the immigrant visa backlog for two years to file their green card applications, the White House said.

Although the applications could not be approved until a visa becomes available, this would allow employment-based immigrants to transition off of their temporary visas and provide them with additional flexibility in changing employers or starting a business, it said.

Importantly, the bill would also keep families together by ensuring that children of employment-based immigrants do not age out of dependent status or lose their eligibility for a green card, the White House noted.

The White House said for generations, immigrants have contributed to key sectors of the US economy and fortified America’s most valuable competitive advantage– the spirit of innovation and entrepreneurship.

“Immigrants keep our economy growing, our communities thriving, and our country moving forward,” it said.

“In addition to passing HR 3648, the administration urges Congress to pass the US Citizenship Act, which would further reform and improve the immigrant visa system by increasing lawful pathways to the United States, providing a path to citizenship to millions of undocumented immigrants, and establish a new system to responsibly manage and secure our border,” said the White House.