Staying well hydrated can help to keep you healthy well into old age. It can also decrease the chances of you dying early. 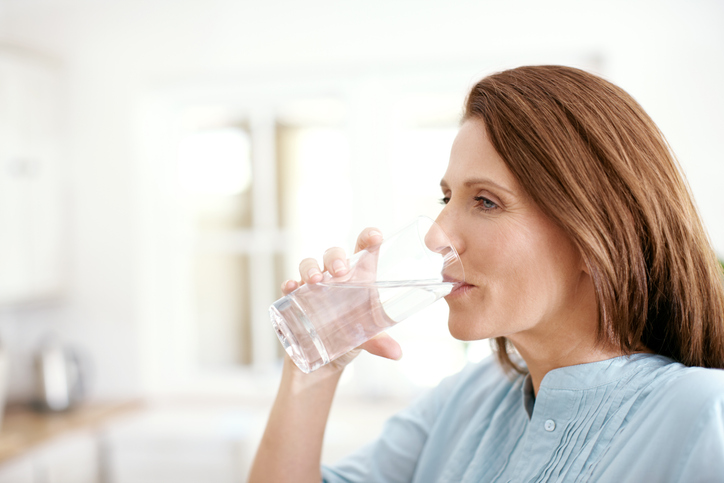 According to the Cleveland Clinic, more than 50% of the body is made of water, which is also needed for multiple bodily functions, including the digestion of food, the creation of hormones and neurotransmitters, and the delivery of oxygen to the entire body.

Now, a new study suggests that staying well hydrated can help to keep you healthy well into old age. It can also decrease the chances of you dying early.

According to media reports, the study conducted by the National Institutes of Health (NIH) and which is published in the journal eBioMedicine informs that drinking adequate water is linked to a reduced risk of developing chronic disease, a lower risk of early death, or a reduced risk of being biologically older than your chronological age.

Study author Natalia Dmitrieva, a researcher in the Laboratory of Cardiovascular Regenerative Medicine at the National Heart, Lung and Blood Institute, a division of NIH reportedly said, “The results suggest that proper hydration may slow down aging and prolong a disease-free life.”

The study was reportedly based on health data taken from 11,255 American adults over a period of 30 years, The Times informs.

The participants’ blood samples were studied by researchers over a span of five visits.

It was found that those with lower concentrations of sodium in their blood, which means higher hydration levels, were at less risk of developing chronic health conditions.

They were also less likely to have a “biological age” much more than their actual age.

However, those who had higher levels of sodium levels were reportedly found to live shorter lives and die younger.

Hydration levels were reportedly determined by looking at the concentration of sodium in the blood.

A total of 15 health markers including cholesterol, blood pressure, and blood sugar which were used to gauge the functioning of the various body systems were observed, to assess biological ageing.

Researchers found that people with serum sodium levels at the higher end of the normal range — which is 135 to 146 milliequivalents per liter (mEq/L) reportedly had worse health outcomes than those people at the lower end of the range.

Levels above 142 mEq/L were reportedly linked to up to a 64% higher possibility of developing chronic diseases like stroke, heart failure, atrial fibrillation, and peripheral artery disease, in addition to diabetes, chronic lung disease, and dementia.

Also, those with serum sodium levels above 142 mEq/L were between 10% and 15% more likely to have an older biological age than their chronological age in comparison to ranges between 137-142 mEq/L.

Serum sodium levels above 144 mEq/L were linked with a 50% increase and a 21% increased risk of dying early.

Those with serum sodium levels between 138 and 140 mEq/L, were found to have the lowest risk of developing chronic disease.

Dr Howard Sesso, an associate professor of medicine at Harvard Medical School who was not involved in the study told CNN Health, “This study adds observational evidence that reinforces the potential long-term benefits of improved hydration on reductions in long-term health outcomes, including mortality.”

Also, according to the authors of the study, though the study reportedly analysed participants over an extended period of time, the findings don’t prove a causal relationship between serum sodium levels and health consequences.

Thus, they add that further studies are required.

However, the findings can help doctors identify and guide patients at risk.

Dmitrieva is quoted as saying, “People whose serum sodium is 142 mEq/L or higher would benefit from evaluation of their fluid intake.”

The authors of the new research state that about half the population of the world doesn’t meet the daily recommendations for total water intake.

“On the global level, this can have a big impact,” Dmitrieva reportedly said.

“Decreased body water content is the most common factor that increases serum sodium, which is why the results suggest that staying well hydrated may slow down the aging process and prevent or delay chronic disease.”

Dr Richard Johnson, a professor at the University of Colorado School of Medicine, who was not involved in the study states, “The most impressive finding is that this risk (for chronic diseases and aging) is apparent even in individuals who have serum sodium levels that are on the upper end of the ‘normal range.’”

He adds, “This challenges the question of what is really normal, and supports the concept that as a population we are probably not drinking enough water.”

Therefore, experts are of the opinion that those with health conditions should speak to their doctor about how much fluid intake is right for them.

Co-author Dr Manfred Boehm, director of the Laboratory of Cardiovascular Regenerative Medicine advises, “The goal is to ensure patients are taking in enough fluids, while assessing factors, like medications, that may lead to fluid loss. Doctors may also need to defer to a patient’s current treatment plan, such as limiting fluid intake for heart failure.”