Visa scandal: Student says he has never met anyone who cheated 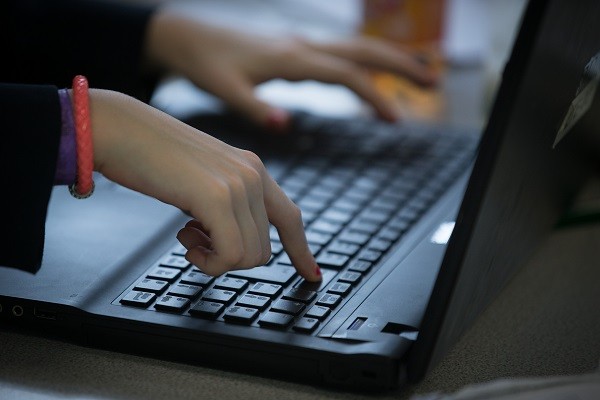 BRISTOL, UNITED KINGDOM – FEBRUARY 26: A pupil uses a laptop computer during a english lesson at the Ridings Federation Winterbourne International Academy in Winterbourne near Bristol on February 26, 2015 in South Gloucestershire, England. Education, along with National Health Service and the economy are likely to be key election issues in the forthcoming general election in May. (Photo by Matt Cardy/Getty Images)

IN RECENT months a growing number of students have come forward expressing their dismay at the way they were treated by the UK government over the student visa scandal.

Raja Noman Hussain, 28, was among the 34,000 students whose visas were revoled after the Home Office accused them in 2014 of cheating in a government approved English language test. International students are required to take these test in order to renew their visas, and Hussain claims he had no need to cheat, as he came to the UK with a good level of English.

While in detention, Hussain claims he met more than 100 other international students who had also been arrested and detained for allegedly cheating on the Home Office approved English test.

“Every day I met three or four new people who were detained because of Toeic,” Hussain was quoted as saying by the Guardian.

“Some people were doing master’s, some were doing PhDs. Every second young person I met was there for the same reason. You asked: ‘Why are you here?’ They said: ‘Because of the English language test.’ I never met anyone who cheated. They were well-educated, with good English.”

Hussain, who was held in detention for four months, says he was wrongly accused in the visa scandal. He also said that most of the students he met in detention told him the Home Office had not provided any evidence to indicate they had cheated.

The Pakistani national has been trying to prove his innocence these past five years, without much success.

More than 1,000 students have been removed from the UK as a result of these accusation.