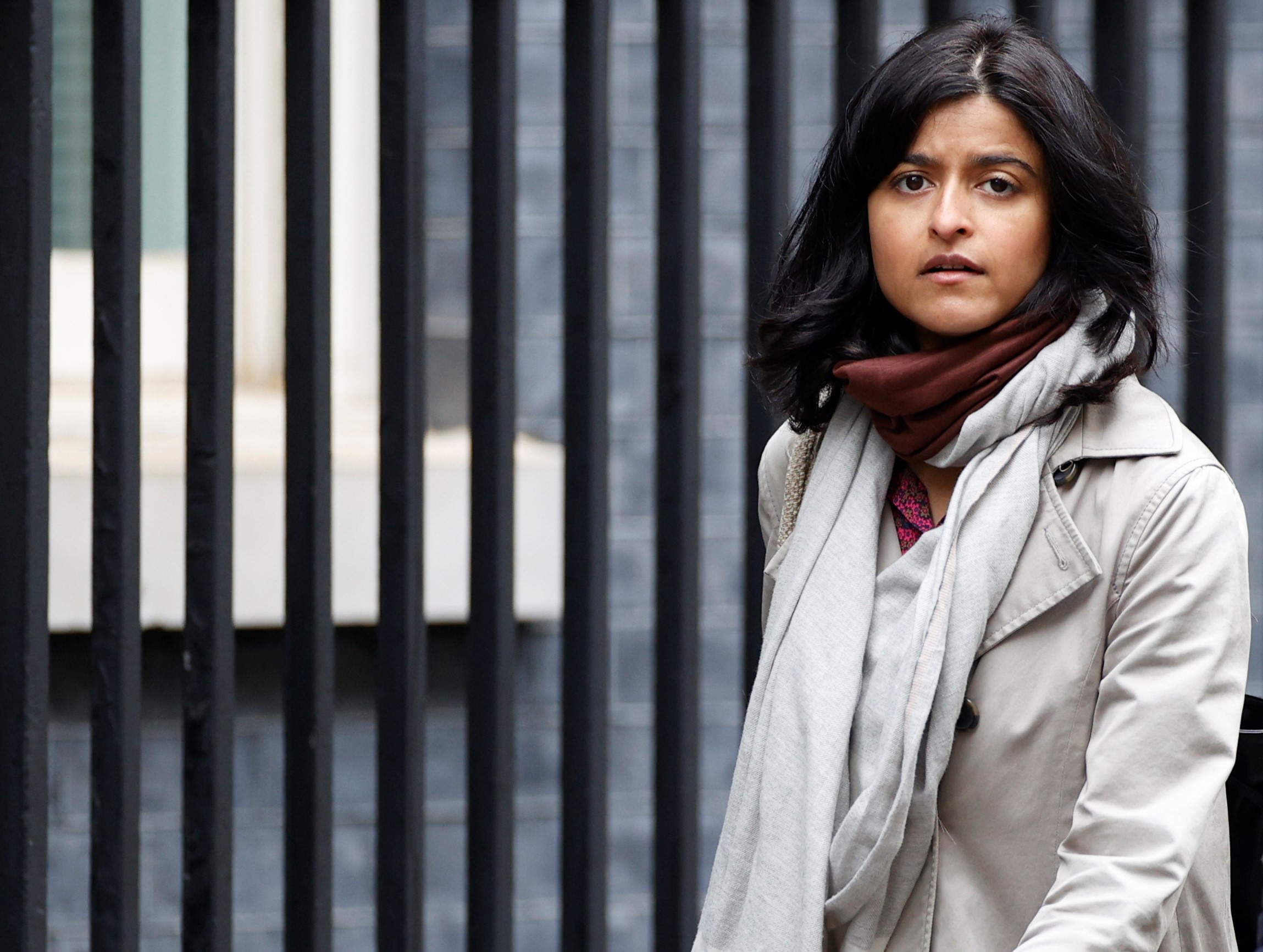 Critics maintain that Munira Mirza, director of No.10’s policy unit, is “unsuited” to lead the commission, as she had criticised past inquiries into institutional racism. (REUTERS/John Sibley)

A 2011 VIDEO featuring Munira Mirza has resurfaced under the spotlight as she is seen arguing against banning hate speech, and asking a black youth how using the “N-word” was different from calling someone “fat”.

The head of Number 10’s policy unit – who’s been asked to set up UK’s commission on racial inequality — can be seen opining that a professor in Leeds who said black people had “genetically lower IQ” should not have been fired.

Calling for wider public debates, rather than legal action in cases of hate speech, Mirza said she believed former British National Party leader Nick Griffin should not have been tried on charges of inciting racial hatred.

In a 2004 speech to BNP supporters in West Yorkshire, Griffin had called Islam a “wicked, vicious faith” and accused Muslims of making Britain a “multiracial hellhole”.

The video, recorded at Hackney charity WorldWrite’s headquarters, has come under scrutiny as there have been calls to keep Mirza out of the racial inequality commission, which was ordered by Prime Minister Boris Johnson amid Black Lives Matter protests that rocked the UK.

“People can respond or deal with hatred, and they should learn to,” Mirza, who was then Johnson’s cultural adviser at the London mayor’s office, says in the video.

She argues that no group “is so vulnerable that it can’t be resilient enough to withstand some kind of attack against them”.

“When you talk about hate speech, you say that some words are so offensive and some people are so vulnerable they can’t hear it, which is really quite offensive, isn’t it really?” she asks a group of youngsters.

As one of the participants airs his views on the “N-word”, Mirza asks: “But why is your offence graver and more serious than somebody who is very overweight… are you not saying ‘I am being victimised here’?”

She, however, adds that “it is true that in the past the ‘N-word’ would have had a much stronger political character to it, and it would have been about reflecting the inequalities between blacks and whites in society”.

Mirza also takes the example of “Paki”, saying it is a “horrible” word loaded with “prejudices and terrible feeling of humiliation and shame”.

“I still bristle at the sound of the it,” she says.

But, she added, authorities telling people not to use it would make the word more powerful, give it more “weight”.

Mirza also goes on to draw parallels between banning hate speech and to Nazi Germany suppressing free speech, though noting that the two scenarios in terms of hostility towards minorities were totally different.

Critics have maintained that Mirza is “unsuited” to lead the commission, as she had earlier been embroiled in row after criticising past inquiries into institutional racism.

Mirza had said “a lot of people in politics think it’s a good idea to exaggerate the problem of racism”, and that former prime minister Theresa May’s proposed racial disparities audit for public services meant “another bout of political self-flagellation regarding the subject of race in Britain”.

Furthermore, in an article, she wrote: “By appeasing the anti-racism lobby and affirming its culture of grievance, public institutions and business leaders are not making Britain a fairer place but harming the very people they aspire to help.”

“She has never believed in institutional racism,” the former shadow home secretary stressed.

“Boris Johnson has appointed a lady called Munira Mirza to head up our race inequality commission,” she recently told a group of protesters in London. “This is a woman who does not believe in institutional racism – she has argued it is more of a perception than a reality.

“So, let me tell you right now, so here to make sure that everyone knows this today. Munira Mirza must go.”

The prime minister’s office, meanwhile, had clarified that an “independent figure” — not Mirza — would lead the commission, and that an announcement would will be made soon.

“Munira is the prime minister’s head of policy, so you would expect her to be involved in setting this up,” added a spokesperson.

Trashing criticism against Mirza, Priti Patel said the No.10 adviser was “one of the most talented people working in government”.

“She has dedicated years of her life to public service,” the home secretary added. “A self-made woman who knows her own mind. This orchestrated pile-on is deeply unpleasant.”

“One of the sharpest minds inside No 10,” he said. “No wonder the Left don’t like her.”

Dr Rakib Ehsan, research fellow at Henry Jackson Society, opined that Mirza was being assailed by ‘progressive anti-racists’ who were “interested in neither social progress nor fighting all forms of racism”.

He also accused Mirza’s critics of trying to hold “non-white people under a perpetual state of victimhood”.