Sri Lankans continue to languish in long fuel and cooking gas queues as the government is unable to find dollars to fund imports. 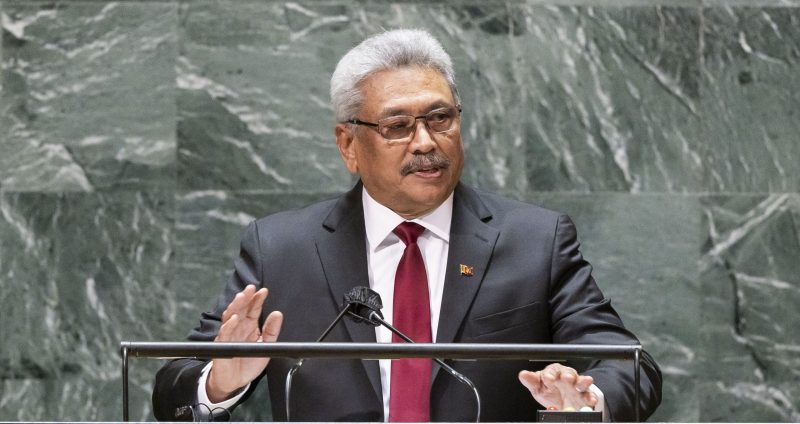 A high-level US delegation on Monday met Sri Lankan President Gotabaya Rajapaksa and discussed measures to help the island nation cope with an unprecedented economic crisis and severe shortages of essential supplies.

“It’s a challenging time, but we continue to deliver assistance and long-term partnership to help Sri Lanka achieve a prosperous, secure & democratic future,” tweeted the US Ambassador.

The US delegation’s meeting with the President came as Power and Energy Minister Kanchana Wijesekera said two ministers are scheduled to leave for Russia on Monday to hold talks with Russian authorities to directly purchase fuel and discuss other diplomatic-related matters.

During their four-day official stay, the top officials from the US Treasury and the State Department, who arrived here on Sunday, will meet a wide range of political representatives, economists, and international organisations to explore the most effective ways for the US to support Sri Lankans in need, Sri Lankans working to resolve the current economic crisis, and Sri Lankans planning for a sustainable and inclusive economy for the future, the US Embassy had said in a statement.

Over the past two weeks, the US has announced USD 120 million in new financing for Sri Lankan small and medium-sized businesses, a USD 27 million contribution to Sri Lanka’s dairy industry and USD 5.75 million in humanitarian assistance to help those hit hardest by the economic crisis.

The United States also committed USD 6 million in new grants to provide livelihood assistance to vulnerable populations, and technical assistance on financial reform that will help stabilise the economy.

Crisis-hit Sri Lanka, which has remained neutral on the Ukraine war, is exploring options to purchase oil from Russia, as the island nation desperately looks to replenish its dwindling fuel stocks amid an unprecedented economic crisis due to a crippling shortage of foreign exchange reserves.

On Sunday, petrol price was hiked by LKR 50 and diesel by LKR 60 respectively, the third price revision in just over two months.

The move was necessitated after state-owned refinery Ceylon Petroleum Corporation informed the Sri Lankan government on Saturday that there would be a delay in the arrival of fuel shipments due to banking and logistical reasons.

Since Russia’s invasion of Ukraine in late February, global oil prices have skyrocketed. While the US and its allies are trying to cut financial flows supporting Moscow’s war effort, Russia is offering its crude at a steep discount.

Sri Lanka is facing the worst economic crisis since independence in 1948 which has led to an acute shortage of essential items like food, medicine, cooking gas and fuel across the country.

The nation of 22 million has amassed USD 51 billion in foreign debt, but has suspended repayment of nearly USD 7 billion due this year.

Sri Lankans continue to languish in long fuel and cooking gas queues as the government is unable to find dollars to fund imports.

So far, there have been an estimated twelve deaths in fuel queues due to exhaustion, physical ailments or accidents.

Indian credit lines for fuel and essentials have provided lifelines until the ongoing talks with the International Monetary Fund could lead to a possible bailout.

There have been street protests in Sri Lanka against the Gotabaya Rajapaksa regime since early April due to its mishandling of the economic crisis.