The individuals went to Poland in the six weeks that followed the outbreak of war. 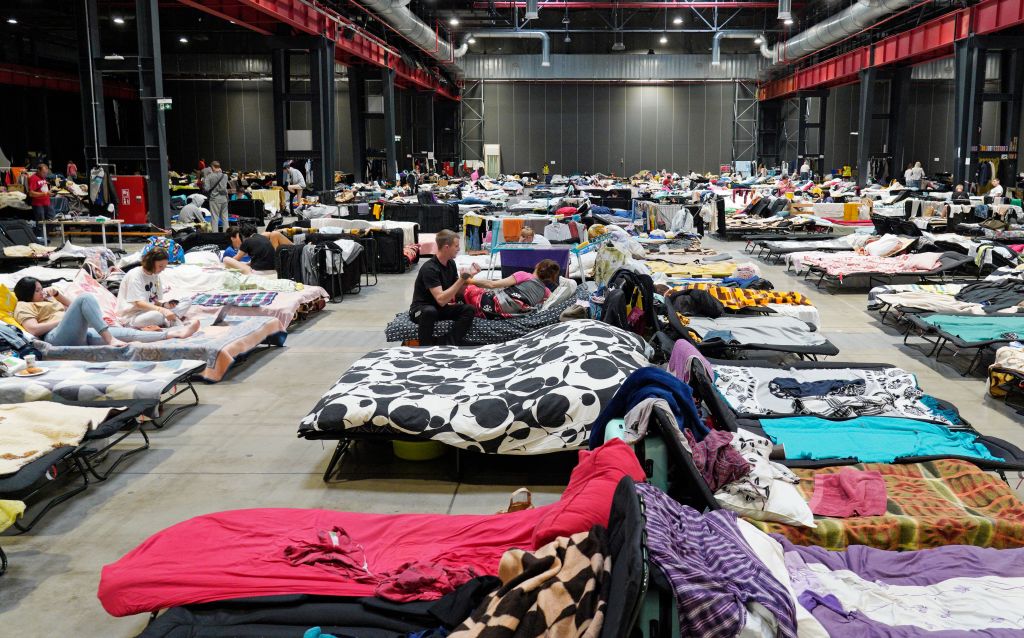 Refugees from Ukraine are pictured at the Humanitarian Aid Center set up at the Global Expo exhibition hall in Warsaw on July 15, 2022 (Photo by ALIK KEPLICZ/AFP via Getty Images)
Follow Us

TEN known British sex offenders travelled to Poland shortly after the Russian invasion of Ukraine purportedly to provide humanitarian help before being sent back home, British police said on Thursday (21).

The individuals, who all had convictions for sex offences, went to Poland in the six weeks that followed the outbreak of war, a spokesman for the National Crime Agency said.

The spokesman said that offenders were supposed to inform police in Britain of their intent to travel, and then declare any convictions on their arrival.

“Normally they’re meant to have declared this as part of their entry. We find inevitably, they haven’t,” the spokesman told reporters.

“As far as I understand it, all 10 were asked to leave, following an interview with Polish immigration and Polish law enforcement,” he said. “So they’re no longer in Poland.”

The spokesman said there were about 5,000 unaccompanied children who had been displaced from Ukraine and “making sure that they are safe is absolutely paramount”.