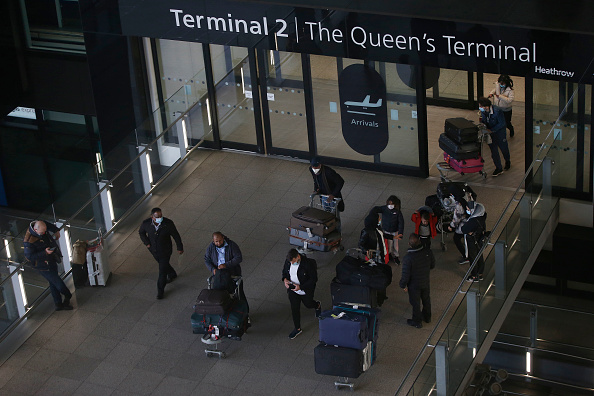 TORY MPs are contemplating loosening travel restrictions from the amber list countries under which double-jabbed UK travellers can skip quarantine on arrival back home, a media report said.

Under changes being considered by ministers, Britons who have both the doses of Covid-19 may soon be allowed quarantine-free entry into the UK from amber-list countries, said a report by The Guardian which added that the plan is still in an early stage.

Tory minister Jesse Norman confirmed the plan is being looked at by telling Sky News: “This is one of those things that’s being considered” and that the government is “keeping all these fast-moving developments under a fairly close review”.

UK health secretary Matt Hancock is said to be open to the idea. The move is also seen as further encouragement to people to get both the jabs.

Amber list has more than 150 countries and territories including the US and some of the most popular destinations in Europe and such a move may pave the way for double-jabbed sunseekers to enjoy quarantine-free summer holidays in popular foreign locations. Those who have not been fully inoculated will still face the same restrictions currently in force for amber list countries.

The plans are reportedly ready to be discussed by the Cabinet Covid operations committee within the next two weeks, just in time before the June 28 deadline when ministers are expected to review the current traffic light system for testing and quarantine rules for travellers.

Under current rules, travellers are advised against going to amber or red list countries. The ones who arrive in England from destinations on the amber list must quarantine at home or in the place where they are staying for 10 days, and take at least two Covid-19 tests during the period.

Earlier this month, Portugal, a popular summer destination, was abruptly taken off the green list and added to the amber list, leading to chaos among the travellers.

The news comes as Europe’s biggest airline Ryanair is set to launch legal action against Britain over its travel policy. Easing travel restrictions for double vaccinated people reportedly will placate airlines that are desperate for restrictions to be relaxed during the peak summer season when they make most of their profits.