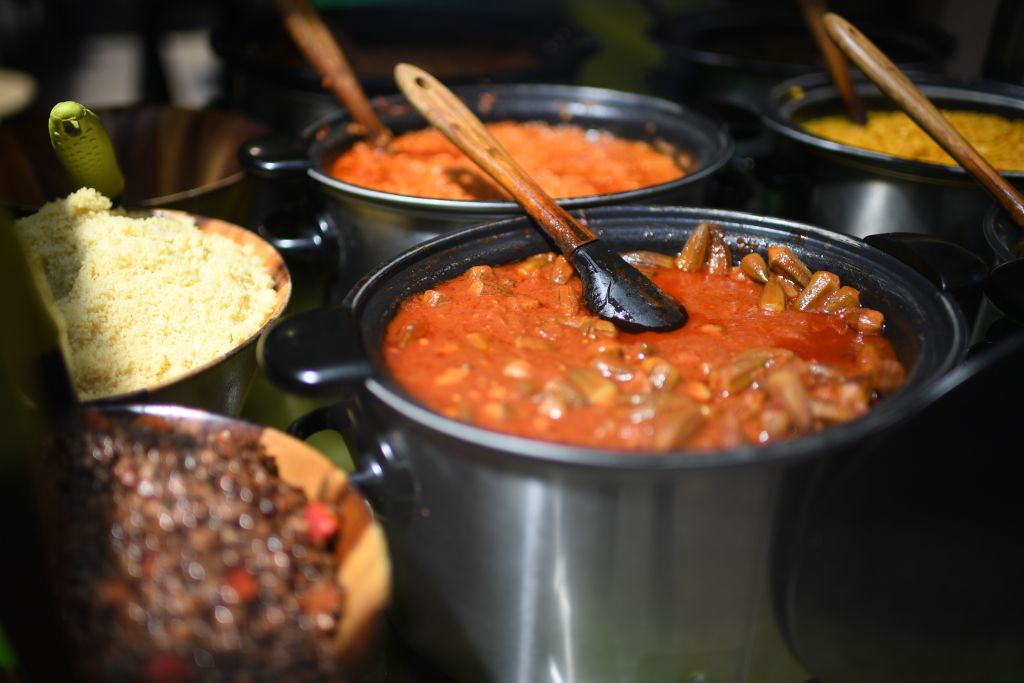 BRITISH food firms and restaurants could potentially be the big winners if the UK strikes a new £100 billion trade deal with India, according to business leaders.

Entrepreneurs said import and export costs for shops and restaurants will fall if they can use Indian suppliers and manu­facturers more. Business owners have high­lighted the rising price of ingredients, in­cluding vegetables and spices, when buy­ing from EU suppliers since Brexit.

Trade secretary Liz Truss was in India in February for talks with her counterparts. The UK’s deals with India are currently worth £25bn a year, with an enhanced deal estimated to be worth quadruple that.

Lord Rami Ranger CBE, founder of the Sun Mark brand, told Eastern Eye: “Post- Brexit, the jewel in the global partnerships will be a partnership between India and the UK – both secular and democratic countries with the rule of law at the heart of their governance.

“The free-trade agreement between Brit­ain and India will be equivalent to having more than 10 countries as the UK and India represent the world’s fourth and fifth largest economies. India, with a 1.3 billion popula­tion, offers a vast market to British compa­nies, which are ahead in terms of innova­tion, technology and organisational skills.

“Trade within Britain and in Europe is not growing significantly, whereas the In­dian market is growing at about six per cent to seven per cent per annum, and given the market size, this growth can be substantial.”

“The recent visit to India by Liz Truss MP hails the dawn of a new era and demon­strates the opportunities that lie ahead. Truss has paved the way for the future free trade arrangement with India.

“The UK India partnership is a win-win situation for both countries.”

Key areas to tackle between the two na­tions are levies on goods and special visas for business people. Tariffs on men’s shirts when entering the UK are 9.6 per cent, while whisky has a 150 per cent tariff when sold to India.

Atul Bhakta, CEO of logistics company One World Express, said its research found that Brexit has knocked the trading confi­dence of many UK businesses, with 44 per cent planning on cutting ties with EU trad­ers in the near future.

He told Eastern Eye: “The UK-India trade deal will provide a welcome boost. Brand UK has been growing in India and south-east Asia for some years now.

“Indeed, the UK’s reputation for quality products – particularly within the food and drinks sectors – already makes it an attrac­tive proposition to target demographics.

“The removal of tariffs will only strength­en the UK’s position and even presents the scope to attract new customers, who may have previously been sensitive to premi­ums placed on British produce.

“Of course, this trade deal does not guar­antee the success of UK organisations with­in Indian markets. Competition in this part of the world is inevitably very strong.”

Prime minister Boris Johnson was due to visit India in January for trade talks but was forced to defer the trip due to the pandem­ic. Downing Street has indicated Johnson hopes to visit the country in the first half of the year, ahead of the UK’s G7 summit in June that Indian prime minister Narendra Modi is due to attend as a guest.

Kishan Devani BEM, vice-chairman of the Lib Dems in Business group, said it was vital the UK looked to strike beneficial, comprehensive and multi-industry trade deals with coun­tries such as India after Brexit.

He added: “The UK must remember that In­dia is an equal partner in any deal, and it will have to be mutually beneficial for both countries. Or what Johnson and his team may find is a self-confident India, under the leadership of Modi and his team, will simply reject the terms of any substantial future deal.

“So I urge caution to those that are overly excited about the prospects of a future trade deal being skewed in favour of the UK. The balance of power, in my view, firmly rests with India, who are one of the fastest-growing economies in our world”.

Ruhul Tarafder runs a merchandising firm and Jhal Chilli takeaway in Kent. He said shipping costs have surged from £1,500 to £10,000 since Brexit and the pandemic.

“The cost of supplies has gone through the roof like containers and garlic from China. Also ports don’t have enough staff due to Covid and being furloughed,” he added. “Foreign drivers have got enough work throughout Europe, they don’t need the hassle of coming here and the pa­perwork. So the cost of freight has gone up.

“Trade deals with countries like India are excellent. Anything to boost the UK economy.”

Meanwhile, a report last month found delays importing and exporting goods to and from the EU have worsened since Brexit at the start of the year and will result in stock shortages and price rises for consumers.

A survey of 350 supply chain managers found that two out of three had suffered delays of “at least two to three days” getting goods into the UK.

A third of this group said the delays were “significantly longer” than in January, ac­cording to the research by the Chartered Institute of Procurement & Supply.

Cooking up a feast of culinary traditions

Why healthy Asian food kits can be recipe for success

Monisha Bharadwaj: The mistress of spices